New Study May Explain the Origins of Earth’s Water

The origin of where our planet’s water came from has been a long debated topic, but a new study may have finally solved that mystery. Based on analysis from samples taken from the asteroid Itokawa that were gathered by the Japanese space probe Hayabusa, researchers now believe that water on our planet may have been created by solar winds.

More specifically, charged particles from the sun may have turned dust grains from space debris into water. In a statement, Luke Daly, who is a planetary scientist at the University of Glasgow in the U.K. explained this in further details, “The solar winds are streams of mostly hydrogen and helium ions which flow constantly from the sun out into space.” “When those hydrogen ions hit an airless surface like an asteroid or a spaceborne dust particle, they penetrate a few tens of nanometers [one inch has 24.5 million nanometers] below the surface, where they can affect the chemical composition of the rock.” When that happened, hydrogen ions could have released a proper amount of oxygen atoms from the rock’s composition to form water that remained in the asteroids. 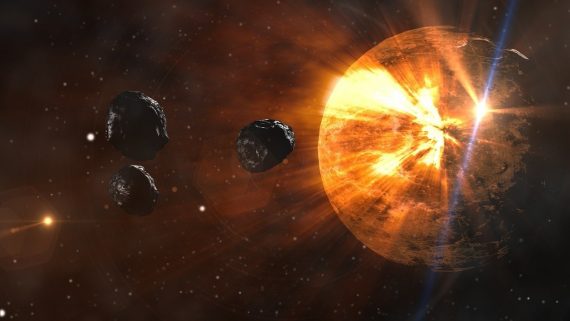 About 70% of the surface of Earth is covered in water which is significantly more than any other planet in our Solar System. A previous theory has suggested that carbon-rich asteroids which impacted Earth 4.6 billion years ago may have brought water to our planet; however, chemical analysis of meteorites called carbonaceous chondrites have too many differences from our planet’s water.

For example, our Earthly water’s hydrogen contains a majority of protium that doesn’t have any neutrons, while the water on carbonaceous chondrites has a type of hydrogen called deuterium that has one neutron.

That’s where the samples from the asteroid Itokawa played an important role in the study as the researchers studied the silicon-oxide-rich rocky asteroid’s composition in extensive detail. “[Our technique] lets us take an incredibly detailed look inside the first 50 nanometers [one inch has 24.5 million nanometers] or so of the surface of dust grains on Itokawa, which orbits the sun in 18-month cycles,” explained Phil Bland who is the director of the Space Science and Technology Center at Curtin University in Australia. He added, “It allowed us to see that this fragment of space-weathered rim contained enough water that, if we scaled it up, would amount to about 20 liters [4.4 gallons] for every cubic meter [35 cubic feet] of rock.” 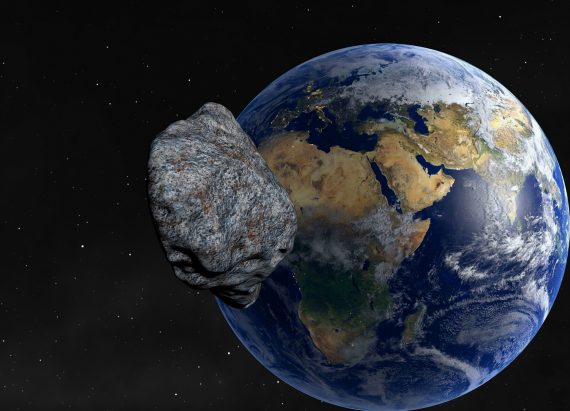 Additionally, the particles that were created when the solar wind interacted with the asteroid’s dust revealed a lighter type of hydrogen than what was previously found in asteroids that were rich in carbon. “That strongly suggests that fine-grained dust, buffeted by the solar wind and drawn into the forming Earth billions of years ago, could be the source of the missing reservoir of the planet's water,” Bland stated.

Their study was published in the journal Nature Astronomy.