About 70 million years ago near the Rio Grande River in Texas, a massive 12-foot-tall pterosaur called Quetzalcoatlus northropi with a 37-to-40-foot wingspan (11 to 12 meters) dominated the skies. Researchers were curious as to how Earth’s largest flying creature was able to lift off the ground to fly and we finally have the answer.

The new research focused on bones found in Texas’ Big Bend National Park back in the 1970s. The researchers wanted answers in regards to how the creature could walk when its wings were so long that they were dragging on the ground; what it ate; was it a strong flier; and how it could have lifted off the ground to fly since its legs were only 6 feet long (1.8 meters).

Based on where it lived in Texas, it probably fed on worms, insects, snakes, lizards, small fish, clams, and crabs. 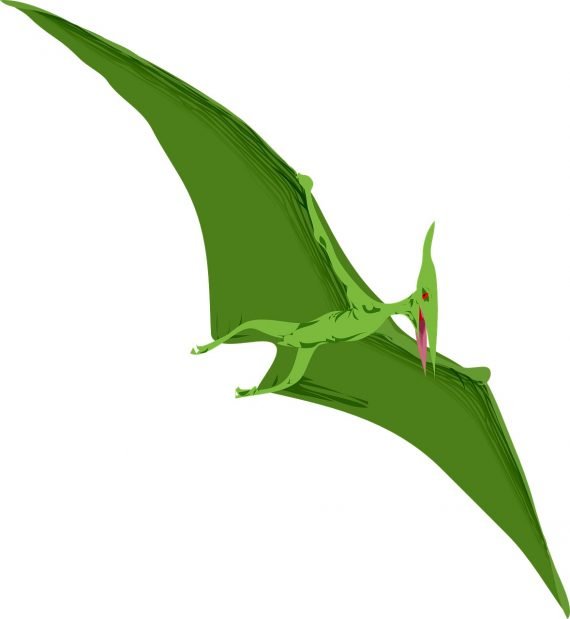 As for flying, University of California, Berkeley, paleontologist Kevin Padian, who is the emeritus professor of integrative biology and emeritus curator in the UC Museum of Paleontology, stated, “Pterosaurs have huge breastbones, which is where the flight muscles attach, so there is no doubt that they were terrific fliers.”

They were bipedal but they still had problems with their long forelimb bones as Padian explained, “Once you put the forelimbs on the ground in these pterodactyls, you can't rotate the forelimb back to push the animal forward like any sensible quadruped because there's a bone in the way in the shoulder.” “To avoid tripping, the animal first raised its left arm, then advanced its left leg in a full step, then it placed the hand on the ground.” “The process was repeated with the right limb: The right arm lifted, the right leg advanced and emplaced the right foot, and then the right hand descended. It seems a cumbersome process to us, but the animal could execute the gait quickly and easily.”

As for how Quetzalcoatlus northropi was able to lift off the ground, it would have probably used its rear legs to jump up and once it was as high enough to match the length of its wings, it could begin to flap them. “If they could jump twice their hip height, to 8 feet, the wings would be able to clear the ground, and they could execute a deeper flight stroke,” Padian noted, adding, “This may be the best option for taking off, though it depends on sufficient power from the legs.”

When it landed, it would have flapped its wings in order to slow down before reaching the ground with its back feet. “And then it puts down its front feet, then it assumes a four-legged posture, straightens itself out and walks away,” Padian said.

An image of what Quetzalcoatlus northropi would have looked like can be seen here.

Archeologist Claims to Know the Location of Cleopatra’s Tomb