The original version of the movie “The Exorcist” ran for 122 minutes, which means the actual exorcism scenes – as scary as we remember them to be -- lasted mere minutes. If the Guinness people give world records for exorcisms, the world record for the longest exorcism on one person may have been set recently in Vincenza, Italy, at The Church of St. Mary of Mount Berico when four priests conducted a nine-hour exorcism on a 28-year-old woman after she attacked a priest hearing her confession.

“Always based on the elements collected through some testimonies, the young woman jumped on the religious and began to swear. Some of those present would have heard it expressed in several languages, including Latin.” (Google translation)

Il Giornale di Vicenza (Italian) reports that the unnamed woman was taken to the church by her mother, who believed her recent violent behavior was due to a “demonic influence” – the mother had overruled the father, who thought his daughter had a mental disorder. According to the report, the confessor, a member of the order of the Servants of Mary, called for help from Father Giuseppe Bernardi, the exorcist of Monte Berico. (Is it a bad sign when your local church needs a full-time exorcist?) Fr. Bernardi was joined by Father Carlo Rossato and two other religious brothers, who immediately cleared the building of all other people and locked the door. 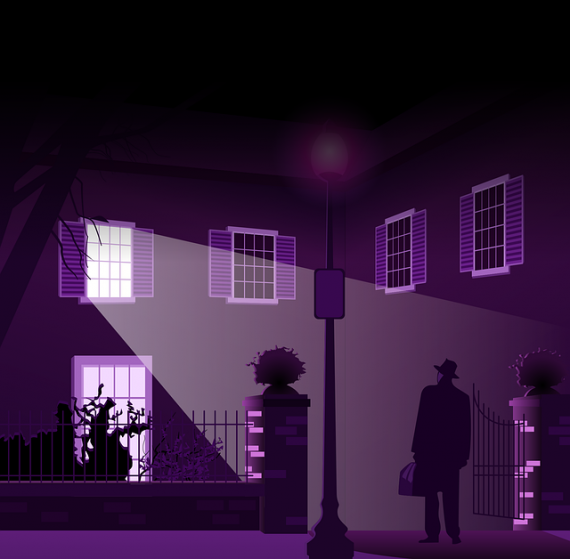 “Someone decided to contact the switchboards of the police headquarters, the local police and the SUEM and two patrols and an ambulance showed up in Monte Berico.”

The screams coming from inside the cathedral prompted a call to the police, who waited outside, but the five religious men decided they needed help of the exorcism kind and reportedly contacted exorcists from other Italian dioceses for advice and prayers – one joined in the exorcism by videoconference. (A Zoom exorcism?) Even with that kind of manpower, the woman wouldn’t stop her strange and violent behavior.

“On the contrary. She ran from one side of the penitentiary to the other and jumped on the furniture, continuing to shout blasphemous phrases in Italian and other languages at the top of her lungs. She would also have tried to attack the religious who were trying to reassure her and would have also taken it out on her mother, who would have slapped her in the face. It took four people to immobilize her.” (Google translation)

The exorcism reportedly lasted from 11 am to 8:30 pm, with the four main friars constantly reciting the rites of exorcism. Finally, at 8:30 pm, the exhausted woman fell asleep. According to the report, the exorcists decided that was a sign they had driven out the demon, so they helped the mother put her in her car and the family returned home.

That wouldn’t make much of an exorcism movie. In fact, it’s probably not a world record either. In a famous and well-documented case, a woman named Emma Schmidt (formerly known by the pseudonym Anna Ecklund, was said to have suffered from demonic possession for decades and was subjected to an exorcism that lasted from August 18 to December 23, 1928, in a convent in Earling, Iowa. During the months of exorcisms, Schmidt/Ecklund was said to levitated, howled, hung from a door frame, spoke in multiple languages unknown to her and was so violent that some of the nuns requested transfers. The behavior ended on December 23rd, although she reportedly suffered minor incidents until her death in 1941. Deemed movie-worthy, the story was made into the film “The Exorcism of Anna Ecklund” in 2016.

Nine-and-a-half hours for an exorcism is still pretty impressive – even if it ended with the possessed falling asleep. Let’s hope she also gets checked out by medical personnel before she ends up hanging from the door frame … or worse.

From Dogmen to Aliens: A Strange Connection