We’ve heard from the TikTok time travelers on what is going to happen in 2022. We’ve also heard from the blind psychic Baba Vanga. That means it’s time for the predictions of the grand master of prognostication – Michel de Nostredame, better known as Nostradamus. Before we question his quatrains for what’s in store for us in 2022, let’s see how the Nos man did in 2021.

Is the heavens fire seen, a long spark running.”

That one sounded like disasters – which we’ve certainly had – caused by either fires, a drought or possibly a comet or meteorite impact. There are still a few weeks left in 2021, so let’s hope those don’t happen, nor his pother predictions of major floods in Europe, a worldwide economic collapse and a deadly war somewhere.

Well, according to those who can translate and interpret Les Prophéties, Nostradamus is still predicting a catastrophic asteroid or meteor strike that will cause immediate destruction plus earthquakes and tsunamis. He sees inflation increasing, the U.S. dollar collapsing, world hunger increasing due to wars, seven times more immigrants and refugees dying worldwide, and a nuclear bomb explosion. Even Nostradamus himself couldn’t list those in order of magnitude. But there’s more.

This one is interpreted to mean the death of North Korea’s leader Kim-Jong Un due to an unexpected accident. Fortunately (or unfortunately), a member of his family is already designated to take over.

“All around the great City / Will be soldiers lodged by fields and cities.”

In this case, the great city is Paris, but the reason for the troops is unknown. It could be the pandemic, an enemy attack (either physical or cyber), a natural disaster or something else.

Meanwhile, in other great cities, Nostradamus is predicting the fall of the European Union.

“Under the opposite Babylonian climate / Great will be without the outpouring.”

Nostradamus doesn’t forget climate change – he predicts shortages due to weather calamities will cause the first real climate war. 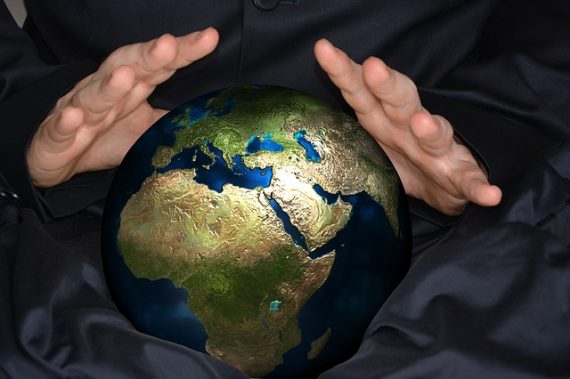 Does Nostradamus have any positive predictions for 2022? Well, he sees artificial intelligence being directly connected to humans to give it domination over computers. This could mean Elon Musk’s brain chip will happen, but it’s probably worse.

Nostradamus never was one for pleasant prognostications. He was said to have predicted the death of King Henry II, the Great Fire of London, the assignation of U.S. President John F. Kennedy, World War II, the nuclear bomb and 9/11. On the positive side, he predicted humans on the Moon.

As the UFO / U.S. Government Connections Continue to Grow, Consider Some Alternative Angles