The oldest remains belonging to Denisovans have been discovered in Siberia’s Denisova Cave. The bones that belonged to the extinct relative of modern humans date back about 200,000 years.

This is very significant as prior to this discovery there were only six bones belonging to Denisovans that had been found – five of them were discovered in Denisova Cave while the other was unearthed at a Chinese holy site.

The three latest bones that were discovered in Denisova Cave have been confirmed as being 200,000 years old which are more ancient than the previous-oldest remains that were dated between 122,000 and 194,000 years old.

It was a long process in identifying the remains as researchers looked through 3,791 bones that were discovered in the cave and found that one of them belonged to a Neanderthal while three were from a Denisovan which was based on DNA proteins that had previously been identified as belonging to the now-extinct human relative. Furthermore, two of the bones were so similar that they were either from the same individual or perhaps two relatives.

In an interview with Live Science, Katerina Douka, who is an archaeological scientist at the University of Vienna in Austria, stated, “We were extremely excited to identify three new Denisovan bones amongst the oldest layers of Denisova Cave,” adding, “We specifically targeted these layers where no other human fossils were found before, and our strategy worked.”

In addition to the bones, several stone artifacts and animal remains were found. The majority of the items were scraping tools that would have been used on animal skins. “This is the first time we can be sure that Denisovans were the makers of the archaeological remains we found associated with their bone fragments,” Douka explained. 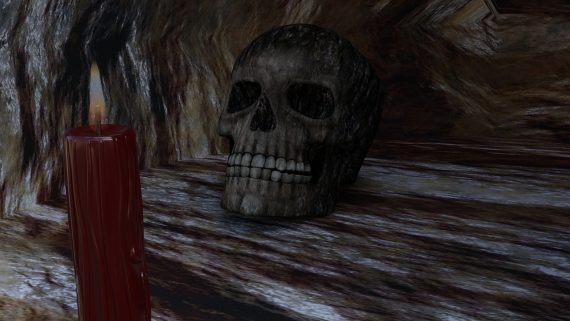 And the fact that a river was located near the entrance of the cave provided experts with even more clues regarding their lives, “The site's strategic point in front of a water source and the entrance of a valley would have served as a great spot for hunting.” Based on the animal remains found in the cave, it is believed that Denisovans ate deer, bison, horses, gazelles, and woolly rhinoceroses.

Pictures of one of the Denisovan bones and of the cave where it was found can be viewed here.

The study was published in the journal Nature Ecology & Evolution where it can be read in full.