Possible Ghost Face Caught on Camera at a Cornwall Church

During a ghostly investigation at Kea Church which is close to Truro, Cornwall, England, a paranormal team filmed what appeared to be a ghostly face. The Cornish Ghost Whispers team was at the supposedly haunted church doing a live investigation when the alleged ghost face was staring at them through one of the windows.

Team member Candice Collins explained what happened, “I've heard from a couple of people that it’s haunted particularly inside the church.” “We went and did a live investigation down there and started wandering around the building and we could see a face up at the top when we were filming.” “I just happened to film looking up towards the window and we saw something looking out - it was about 10pm at night.” 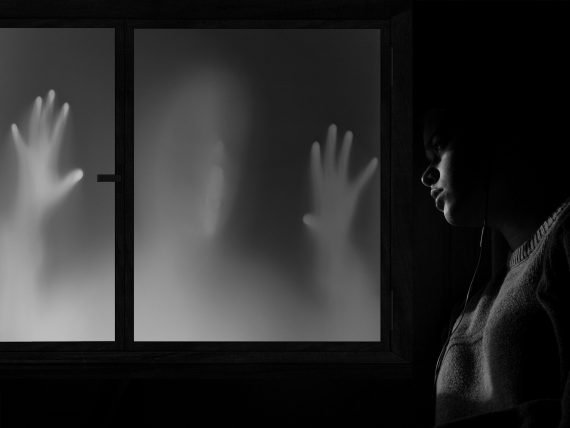 She added that the face appeared for about one or two minutes and it was creepy to say the least, “It was quite freaky actually because the face in the window just doesn't look human, it just looks like something else but it was clearly there and I could slightly see it moving so something was watching us from the window.”

The ghost face wasn’t their only paranormal encounter that night as they captured a disembodied voice on their ghost box. It is believed that they communicated with a female entity as she allegedly told the team that her name was Catherine.

While the mysterious figure in the window certainly looked spooky, not everyone is convinced that it was a ghostly face. In fact, one viewer commented, “That is 100000 per cent an owl.” That is actually very possible as it does look very similar to the face of an owl. As a matter of fact, when I personally looked at the photo, my first thought was that it was an owl.

Did the team capture a ghostly face on camera, or was it something more natural like an owl? You can decide for yourself as the photo can be viewed here.

Candice, her partner Nick Pearse, and her mother Susan Collins have been investigating the paranormal together for almost four years and have been filming their ghost hunts for the last two years. They have witnessed numerous unexplained things during their investigations as Candice noted, “We've had an apparition of a tin mining man, a spirit dog in Kennall Vale Woods and various other things.”

A Birthday Documentary on St. Columba — the Original Finder of the Loch Ness Monster