The first studies conducted on the Ryugu asteroid samples have revealed some very interesting facts. Thanks to the Japan Aerospace Exploration Agency’s Hayabusa 2 spacecraft, scientists have 5.4 grams of material from the asteroid to study and they found that the diamond-shaped Ryugu is more porous and darker than originally thought.

It is believed that the samples contain materials from the outer Solar System. This suggests that the researchers could have the some of the most pristine samples from when the Solar System was in its very early stages and before Earth even formed. 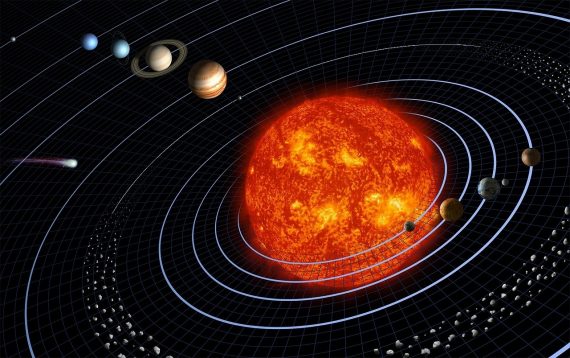 Two papers regarding the findings of the samples have been published in Nature Astronomy. The first paper revealed that the samples reflect only 2% of light. Additionally, it is extremely fragile and is approximately 50% more porous than carbonaceous chondrite meteorites that have previously hit our planet. The paper went into further details by reading in part, “Such high-microporosity materials have not been discovered in any meteorites found on Earth probably due to break-up owing to their fragile nature during entry into the Earth’s atmosphere.”

The second paper discussed the chemical analysis of the samples by announcing that there are numerous volatile organic compounds that are present in the material, such as non-water molecules created by oxygen as well as hydrogen atoms that are called hydroxyls that probably came from the outer part of the Solar System.

While the results are very interesting and significant, these are just the first studies that have been conducted on the samples, so much more information will be found out upon further analysis. Scientists are also waiting for the returned samples from asteroid Bennu in 2023 as they will then be able to compare them both.

The analysis of both Ryugu and Bennu samples will be very crucial as stated by JAXA scientist Toru Yada in an interview with Inverse, “Because reflectance spectra and colors of surface rocks on Bennu look different from those of Ryugu, I expect that different kinds of samples will be returned from Bennu.”

While Ryugu measures 3,280 feet in diameter, Bennu is much smaller with a diameter of 1,610 feet. Bennu does pose a threat to Earth with a 1 in 1,750 chance of hitting us through the year 2300, although scientists have stated that they are not worried about an impact. However, when it will fly past our planet in September of 2135, it will be close enough that Earth’s gravity might possibly change its trajectory.