Sinister Psychic Premonitions and the Disaster at Aberfan

The world of psychic phenomena reaches out into the fringes of the weird and of human experience. One area where this has been prominent throughout history is those individuals who can apparently foretell the future, and in many cases these cases have allegedly foretold some pretty serious disasters. Here we get into a case of a tragic series of events that led to many deaths, and which also brought in a psychic researcher who would connect many instances of premonitions of the event, only to die after having his own death predicted.

October 21, 1966 started like just any ordinary day for the people of Aberfan, at the time a small coal mining town in the Taff Valley near the town of Merthyr Tydfil, Wales. On this day at around 9:15 a.m., a group of coal workers stopped to have a cup of tea and the residents of the town were all going about their own business without a care in the world, oblivious to the catastrophe that was about to unfold. The calm of the day was interrupted by a sound “like a low-flying jet plane” or thunder, and then all hell would break loose. It would turn out that a massive spoil tip, or a mound of mining waste, which had been created on a mountain slope above the village, had shifted due to the recent heavy rain they’d been having and a spring underground, finally dislodging from its resting place to go crashing and careening down the valley towards the village. The resulting landslide of mining waste would smash through the village in waves 20 to 30 feet high, creating a moving wall of muddy sludge that demolished homes, farm cottages, a junior high school, and killing a total of 144 people, including 116 children and forcing many others to evacuate their homes in one of the most tragic disasters Wales had ever seen. In the wake of this carnage, there would begin to unfurl a curious series of instances of what appeared to be psychic revelations that had foretold of what was to come, and it would spin into a tale of the paranormal that would end up with even more death in the end. 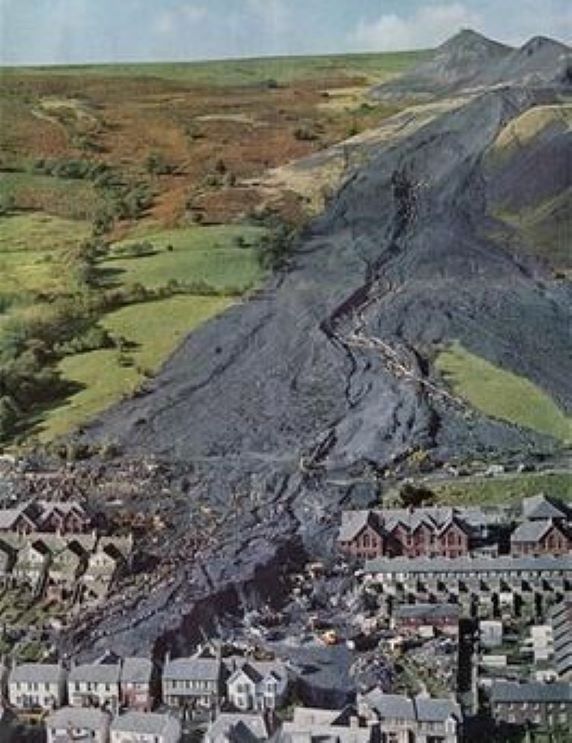 There probably would have never been any connection between this horrific disaster and psychic premonitions if it weren’t for one man, a John Barker, who was at the time a psychiatrist and also a member of Britain’s Society for Psychical Research, which was founded in 1882 to investigate paranormal phenomena. The reason Barker had arrived on the scene at Aberfan was that he was investigating the case of a boy who had escaped the mayhem but who had later died of fright. It was all part of a project he had been working on involving the mental effects on people who truly believe they are about to die, which he called “psychic death,” and which he was writing a book on. As he looked into the disaster, he began to uncover stories of people who had had dreams and portents of what was to come, including the testimony of an 8-year-old boy named Paul Davies, who had died at the school during the landslide and who had just the night before drawn an eerie picture of figures digging into the hillside. Another was a little girl named Eryl Mai Jones, just 10-years old, who had also had a premonition and of who Barker would write:

The day before the disaster she said to her mother, “Mummy, let me tell you about my dream last night.” Her mother answered gently, “Darling, I’ve no time. Tell me again later.” The child replied, “No Mummy, you must listen. I dreamt I went to school and there was no school there. Something black had come down all over it!

Barker began hunting down others who had had premonitions about the disaster, going so far as to publish an appeal to others who had had such visions in London’s Evening Standard newspaper, and it would not be long before he would get numerous responses. One of the most notable of these was a young woman by the name of Kathleen Middleton, who lived in the North London suburb of Edmonton. She had had a long life of psychic experiences. At the age of just seven years, she had been in the kitchen one day with her mother when an egg had levitated clear off the counter to hover up by the ceiling, which was at the time amusing, but which a fortune teller would tell them indicated death. Sure enough, one of Kathleen’s close friends would pass away not long after this. She would often get headaches and premonitions before disasters such as earthquakes or floods, and this would go on throughout her life. It was on October 21, 1966, at around 4 a.m., when Kathleen was 52, that she woke in the middle of the night from a terrible nightmare in which she had felt like the very room was closing in around her, and had been set upon by a sense of imminent death. Just hours later the disaster would hit.

Barker would have many others respond to his appeal in the newspaper, getting in total around seventy-six replies. One was a man who claimed to have dreamed that he had been trying to buy a book and been met with a machine that had a screen reading “ABERFAN” on it, a place which he had never heard of before. Another woman told of having a premonition of seeing a schoolhouse buried by a wave of coal barreling down a mountainside, and there were many others. Barker began to concoct a theory that these people had something he called “pre-disaster syndrome,” which entailed what he referred to as “human seismographs” to disasters. These were people he believed to be sensitive to disturbances in the balance of things, and who could pick up on incoming catastrophes before they actually happened. 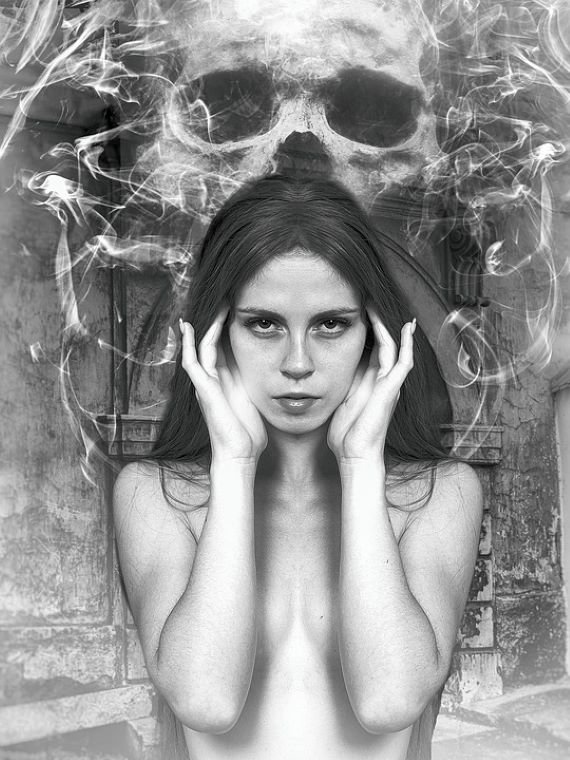 This all caused Barker to become absolutely obsessed with the phenomenon of precognition in relation to disasters, with him constantly imploring his readers to send in their dreams and portents so that he may analyze them for any significance, and he would devise an eleven-point scoring system for the predictions: five points for unusualness, five points for accuracy, and one point for timing. He believed that this was a phenomenon ripe for utilizing to predict incoming catastrophes, and he began an organization called “The Premonitions Bureau” to collect such data. He would write:

We should instead set about trying to harness and utilize it with a view to preventing further disasters. Ideally the system would need to be linked with a computer. With practice, it should be possible to detect patterns or peaks which might even suggest the nature and possible date, time and place of a disaster. There might be numerous false alarms, particularly in the early stages, when the operators were inexperienced. If only one major catastrophe could be shown to have been prevented by this means, the project would have more than justified itself, perhaps for all time.

Barker would claim all manner of success in this endeavor, including all manner of plane and railways crashes, but the one that always stood out in his mind as a missed opportunity, and which was the one that started it all, was the Aberfan disaster. Then, in 1968, Barker’s prize psychic, Middleton, would have a vison of him dead, his head and shoulders on one side and her parents, who were dead, on the other. Other psychics who he was in contact with also began having premonitions of his death, and it was all very upsetting. Whether this was coincidence or not, on August 18, 1968, Barker would suffer a brain hemorrhage at his home in Yockleton. Whether or not this had been predicted by psychics is anyone’s guess. It is all a weird whirlwind of events revolving about a disaster that apparently drew a lot of psychic attention, as well as causing a prominent researcher to pursue it all to perhaps his undoing, and we are left to wonder what was really going on here.