They say there is a sucker born every minute, and for as long as this has been the case there have been those circling about willing to prey on the gullible. It is not a new phenomenon, with various sham products, pseudo-science, and quackery infusing our current society into the present, and one term that has become synonymous with all of this is that of the “snake oil salesman.” It is a common term to describe anyone who peddles bogus treatments, especially in relation to medical cures, herbal medicines, and dietary supplements, but have you ever thought about where the term “snake oil” actually comes from?

The term “snake oil” literally has its roots in actual snake oil. During the California Gold Rush and the construction of the Transcontinental Railroad in the mid-1800s, thousands of Chinese immigrants helped to penetrate into the West, and with them they brought their ancient folk remedies. One of these was snake oil made from the mildly venomous Chinese water snake, or black-banded sea krait (Laticauda semifasciata), which is rich in omega-3 acids and was said to have all sorts of health benefits. It was regarded as a potent anti-inflammatory agent, and among the many purported benefits of the oil of the Chinese water snake were reducing inflammation from arthritis, bursitis or sore muscles, among others, so it was seen as the perfect salve for workers toiling away for long hours under the hot sun. This folk remedy had been used for centuries in their native China, and it would not be long before the Americans became very curious about it all.

Since it was all so exotic, the Americans had a sort of field day with all this talk of the therapeutic effects of snake oil. It was really sold to the American public as a rather mystical and magical thing, often mislabeled and exaggerated, with some sources saying it came from “African voodoo doctors,” or from Native American shamans, and at the time it was all very alluring to the curious public. It did not take long at all for snake oil to start being promoted as a cure-all for a long list of ailments, including rheumatism, deafness, catarrh, hay Fever, cramps, pain, sore throat, and many others, pretty much every disease or ailment known to man. You name it, snake oil could cure it, and various vultures and conmen began circling the phenomenon looking to make a buck off this trend, with one of the very first being a man by the name of Clark Stanley.

Stanley came onto the scene from practically out of nowhere, claiming that he had spent time in the mountains learning mystical secrets and magic from shamans and medicine men, claiming that he had studied for more than two years with a Hopi medicine man at Walpi, Arizona, learning the ways of mysticism and snake oil. Unfortunately, since America was woefully short on Chinese water snakes, he went to the next best thing, using rattlesnakes to sell his sham. Indeed, he proudly proclaimed that he was a master of snake oil, and dubbed himself “The Rattlesnake King.” Using this story and his sheer charisma, he enlisted the help of a Boston pharmacist to help him begin marketing what he called “Clark Stanley’s Snake Oil Liniment.” According to Stanley, his concoction could cure pretty much just about anything, including toothaches, sore throat, animal bites, skull fractures, hair loss, and even blindness and cancer.

Stanley organized a traveling show for his product, using all sorts of dramatic and flashy gimmicks. He would hold presentations where he would take actual rattlesnakes and squeeze the oil right out of them, boiling them in pots and preparing his oil right in front of their eyes, as well as employ plants in the audience who swore that they had been cured with his product, the whole nine yards, and he soon had a legion of true believers following his every word. In 1893 he and his rattlesnakes gained a lot of attention at the World's Columbian Exposition in Chicago, Illinois, and he later went on to establish production facilities in Beverly, Massachusetts and Providence, Rhode Island. Things were looking good for him, but there were problems headed his way. 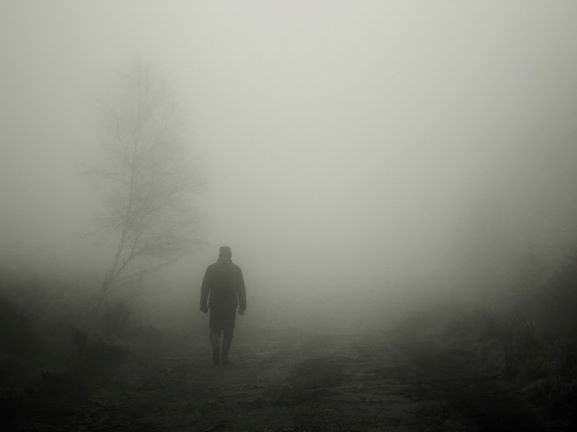 His first problem was the passing of the Pure Food and Drug Act in 1906. Up until then there had never been any regulatory body that oversaw medicines or treatments, and no regulations to prohibit false advertising of medicinal products and monitor their safety and effectiveness. Until then it had been completely uncontrolled, with various conmen and fake “doctors” selling all manner of concoctions made from questionable and even dangerous substances such as cocaine, amphetamine, alcohol and opium, all mixed up into potions, salves, or elixirs. Before the act, there was no oversight on any of this, but when 1906 came around it was bad news for Stanley and his ilk. At around the same time there was also pressure against these charlatans from professional medical organizations like the American Medical Association (AMA), who began a powerful marketing campaign to discredit them. When the Pure Food and Drug Act examined Stanley’s treatment, they not only found that it was completely worthless, but that it didn’t even contain any actual snake oil at all, containing only mineral oil, a fatty compound thought to be from beef, capsaicin from chili peppers, camphor, and turpentine. He would be fined a mere $20 (about $430 today) for the transgression, but this did little to stop the trade in his and others’ snake oil concoctions.

Various “medicine shows” would go on, in which a wide variety of such bogus treatments, and these shows would remain popular until well into the 20th century, the gullible refusing to believe that it all might be a sham. This all would fade away as the public got wise to the trickery, and although the age of embracing quack cures would not end there, indeed extending into the present day, snake oil was dead. It is interesting, because actual snake oil has been in modern times found to have actual measurable benefits. Omega-3 fatty acids have been shown to really reduce inflammation, as well as help in lowering systolic blood pressure, improve cognitive function, reduce the risk of dementia, as well as relieve depression. Snake oil has been found to contain a high concentration of the omega−3 fatty acid eicosapentaenoic acid (EPA), more than that of salmon, and so it has good evidence that it is actually beneficial to some extent.

Nevertheless, the term “snake oil” has still retained its negative connotations and secured its place as a term synonymous with useless medical treatments and quackery. It has become cemented in the public consciousness as a term related to any worthless concoction sold as medicine, as well as to describe a widely ranging degree of fraudulent goods, services, ideas, and activities. The term “snake oil salesman” has come to be the definition of any quack, huckster, or charlatan, and it can all probably be ultimately blamed on Clark Stanley.

One of the Strangest Phenomena in Cryptozoology: Still-Living Pterodactyls