The Mysterious Black Monolith That Will Record Our Extinction

There can be little doubt that our civilization, which has accounted for only an insignificant speck of geological time, is facing a bleak future. We as a species have proven to be self-destructive in many ways, from war, to atrocities, to using up our resources unfettered and contributing to the deterioration of our environment through our rampant destructive activities. Looking at the way things are on our planet now and the direction we are headed in, it is not hard to imagine that our days might be numbered, the lifespan of our ever evolving domination of this planet finite. It seems that there will likely come a day when it has all crumbled, once great cities lying in ruin or submerged by the sea, perhaps only a few scattered pockets of humanity left, or maybe no one at all, just a vast wasteland full of ruins, ghosts of the past, and the few species able to adapt and survive in the harsh new conditions brought on by climate change and pollution. There may come a day when all that we take for granted around us now will be long gone and forgotten, with no one left to even tell what has happened. However, one team of scientists aims to record the world's trajectory towards chaos and oblivion for whoever might find it in some apocalyptic future, with a vast and mysterious steel structure called “Earth’s Black Box.”

Earth's Black Box is a project led by marketing firm Clemenger BBDO, in collaboration with creative agency The Glue Society and researchers at the University of Tasmania, who plan to construct an indestructible steel structure that will essentially act very much like an airplane’s black box and give what they say is an “unbiased account of the events that lead to the demise of the planet” for anyone who is still alive to see it. To this end, it is meant to document and chronicle the many calamities facing us, including climate change, species extinction, environmental pollution, wars, and other cataclysmic events, through preserving a meticulous recording of various real-time scientific updates and analyses on data on temperature, ocean acidification, sea levels and atmospheric CO2, human population, military spending, and energy consumption. It will also use algorithms designed to scour the web for tweets, posts, news and headlines, social media posts, and every other possible source of information that can record our spiral into darkness right up to our extinction. 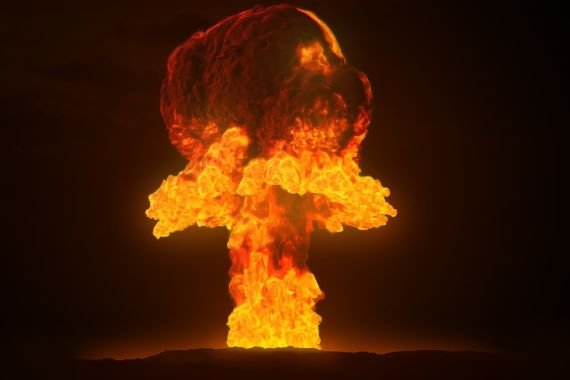 The structure itself is planned to be a 32-foot-long steel monolith (photo here), about the size of a city bus and covered with 3-inch thick hardened steel and an array of solar panels and backup batteries to help power the array of hard drives ensconced within it. Its location will be somewhere on a geologically stable granite plain on the west coast of Tasmania, about 4 hours from Hobart, where it is thought that it will be safe from most cataclysms and can remain relatively undisturbed at the end of times. All of this is to provide critical insights and a chronicle of how the Earth came to its end to anyone who may stumble across it far in the future, as well as to hold accountability towards those who caused it and give hints towards how any future society might be able to avoid the mistakes of the past. The Earth's Black Box website says of the ambitious project:

Unless we dramatically transform our way of life, climate change and other man-made perils will cause our civilization to crash. Earth's Black Box will record every step we take towards this catastrophe. Hundreds of data sets, measurements and interactions relating to the health of our planet will be continuously collected and safely stored for future generations, to provide an unbiased account of the events that lead to the demise of the planet, hold accountability for future generations and inspire urgent action. How the story ends is completely up to us.

The project is still in the design stages, but they plan to build it in 2022 and are already live recording environmental updates in a beta test. While it all seems like an intriguing plan, there are some hurdles the team behind the project have had to face. For one, the hard drives only have a finite amount of storage, only enough to last for perhaps 30 to 50 years of continuous recording before they are spent, so they are trying to figure out a way to increase this beyond that. Another issue is the maintenance of the solar panels and the hard drives, especially if we enter an age in which the end of civilization has come and no one will be around to do it or will be too busy trying to survive in an extreme, inhospitable new world. There is also the question of whether anyone who finds the Black Box will have the knowledge or the equipment needed to access the data stored there. They say if you want to record something permanently carve it into rock, and this could be a serious issue moving forward, with the medium itself being too ancient and alien to anyone who might find it hundreds or even thousands of years in the future. The team has remained hopeful that this will never have to become an issue, that it won’t have to outlive human civilization and that its very presence might inspire change. The Glue Society's Jonathan Kneebone has said of this:

Only one thing is certain, your actions, inactions and interactions are now being recorded. When people know they're being recorded, it does have an influence on what they do and say. That's our role if anything, to be something in the back of everyone's mind. 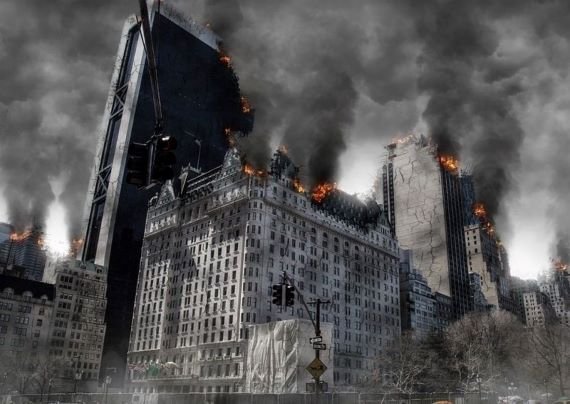 Of course, the whole project has been criticized as being nothing more than a PR stunt, but it seems to be a very real thing that its creators insist they are taking very seriously. It is a rather eerie to imagine that one day in the far future the last remnants of humanity or even aliens from another star coming to this desolate, lifeless world and sifting through the dust and ruins of what once was to uncover this monument of our demise. Would whoever or whatever found it be able to decipher what is within, or would our last days and the end of all we have accomplished as a a species remain forever forgotten by the universe, relegated to an oblivion as if it had never existed at all? Would there be anyone left to find it, from here or somewhere else beyond our world, or would explorers from other worlds have doomed themselves to the same fate, leaving this rock to keep spinning with its little black monolith existing alone and with no sentient being to ever know, their own black boxes equally forgotten? Whatever the case may be, it surely seems as though this will all end one, and at least we will have this monument to what we were, regardless of whether anyone ever actually sees it or not.

When Monsters Need to be Invited: Avoid Them!