There are certain places that have sat out on the fringes gathering stories of the paranormal and which have remained mostly unknown to the outside world. These are those locales that  have managed to fester out beyond the horizon, holding their secrets close and existing in a sort of limbo of speculation and rumor. One such location is what at first seems to be an island paradise full of natural wonder, but which has an insidious past that all but guarantees that it be ranked as a deeply haunted place.

Sitting out 30 miles off the southern coast of the country of Panama is the lush and beautiful island of Coiba. With an area of 194 sq. miles, it is the largest uninhabited island in all of Latin America, and it is a magnificent hotspot of biodiversity, featuring hundreds of species of flora and fauna, many of which are completely unique and endemic to Coiba. The island is home to Coiba National Park, encompassing over 1,042 square miles of smaller surrounding islands, forests, beaches, mangroves and coral reefs, brimming with a staggering diversity of plant and animal life both on land and in the sea, with the marine biodiversity including 760 species of marine fishes, 33 species of sharks, and 20 species of cetaceans. Coiba is indeed one of the most thriving biodiverse regions on the planet, a UNESCO World Heritage Site, and from all appearances it is a vibrant gem of natural beauty and biodiversity. For these reasons, looking at its azure waters and vast expanses of forest it is hard to believe that this place has a dark past that haunts it, both figuratively and literally, for buried here within the natural splendor of this paradise is a place with a violent and sinister past, and which is supposedly roamed by ghosts and one of the most haunted places in all of Central America. 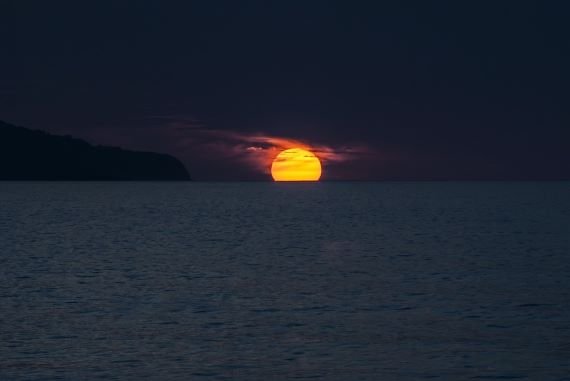 In 1919, a prison was established on Coiba, where Panama’s most dangerous criminals were sent, and during the military years of Panama’s back-to-back dictatorships of Omar Torrijos and Manuel Noriega from 1969 to 1990, the prison was mostly used for opponents of the military regimes. It was greatly expanded into a penal colony composed of 30 makeshift prison camps around the island and quickly gained a fearsome reputation as a hell on earth that was the last place anyone wanted to be sent. With its treacherous mountains, nearly impenetrable rainforests full of poisonous snakes, crocodiles, and other dangerous wildlife, with even trees known to drip a toxic juice that runs off and burns the skin when it rains, and the surrounding shark infested waters full of strong currents and the nearest island a six-hour boat ride away, Coiba was considered to be utterly inescapable, full of perils and dangers that made any hope of freedom a stranger.

In addition to the unforgiving terrain of the location, there were also the horrid conditions the prisoners here had to deal with. The days of the prisoners were filled with backbreaking work in the fields interspersed with long periods of crushing boredom, the only break from the exhausting manual labor a single meal-break per day. Torture and harassment were commonly doled out by the guards here, both physical and psychological. One of the guards’ favorite things to do was to march prisoners out into the dim forest and conduct mock executions, making the prisoners fully expect to die, yet merely scaring them and allowing them to work another day. Considering that real executions were often carried out here, it was never sure what was going to happen when you were taken out there into that mosquito infested jungle and had a gun held to your head, whether these were your last moments or not. The living conditions were appalling as well, with prisoners stuffed into tiny, cramped cells with no windows, furniture, or bathrooms, living in their own filth and with nearly no human contact, which led to many of them losing their minds to the depths of madness. Many prisoners died in these harsh conditions, their bodies allegedly thrown to the sharks in the surrounding waters or unceremoniously dumped into unmarked graves. Indeed, there have been several mass graves uncovered on the islands, and although Panama had no death penalty, being sent to Coiba was seen as tantamount to one. So many people were shipped to the island to never return or be heard from again that the prisoners here were often referred to as Los Desaparecidos, or “the disappeared.” 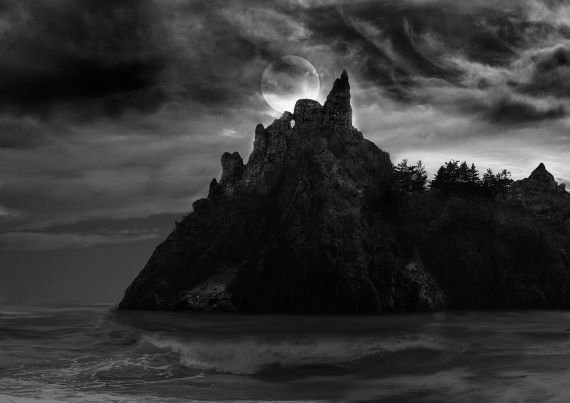 At its peak there were over 3,000 prisoners at Coiba at any given time, with the number of those who died here unknown. What is known that for many being shipped off to Coiba was a one-way trip, which of course led to stories that the island was cursed, haunted, or both. Locals refused to go anywhere near the place, and even before the prison closed in 2004 it was generating stories of supernatural terror. Prisoners often complained of being menaced by shadow figures in their rooms or in the halls, there were noises heard at night such as rattling, bangs, thudding, and moans or screams that could not be explained, doors that slammed open or shut on their own, and a guard’s spirit who walks the halls dragging his nightstick along the cell’s bars and other sightings of the shambling apparitions of the dead, to the point that several crazed prisoners tried to escape just to get away from all of the damn ghosts. It was not even only prisoners who experienced this, but guards as well. One story tied to the prison is that of a guard who one time gave pursuit to what he thought was a fleeing prisoner trying to escape, but when he caught up to the suspect, he found that it was actually “something not of this world,” which would turn out to have been so upsetting to the guard that he apparently killed himself not long after. Witnesses visiting the crumbling site to this day have reported shadow figures, strange lights and noises, footsteps, shadows, whispers, screaming, and banging on the bars.

The Coiba prison has been long since abandoned, devolving into weed-choked feral ruins being reclaimed by the jungle, and although the government has tried to make this into a sort of ecotourism destination, the dark reputation of its past and the various poachers and drug-runners that operate from there have made this a tough sell. The island has sat pretty much uninhabited ever since, the echoes of its dark and sinister past still reverberating through it today. It is a marriage of natural beauty and spooky tales of the paranormal that sits out there past the reaches of civilization, its old prison disintegrating to the point where one day it might all be forgotten. Coiba continues to be an essential wildlife preserve and natural wonder, but considering its reputation as a haunted place it is difficult not to think about what else other than the wildlife might lurk about on this island paradise. Does the pain and violence this place has suffered hold certain forces to it? There is no way to know, and it remains a remote and little known supposedly haunted place  we may never truly understand.

Does the U.S. Government Know Something About Life After Death? And, is it Bad For Us?