The Mystery of the 2,500-Year-Old Tattooed, Pot-Smoking Ukok Princess

A princess that died about 2,500 years ago lived a very mysterious life. Known as the Ukok Princess, her remains were found in Siberia back in 1993 and detailed analysis of her burial as well as her skeleton revealed some very interesting and mysterious facts.

An MRI scan conducted in 2010 revealed that she died in her mid-twenties from breast cancer. It’s unclear what her ethnicity was which has been debated for years as explained by one scientist, “The people of Pazyryk belonged to different ethnic group, in no way related to Altaians. Genetic studies showed that the Pazyryks were a part of Samoyedic family, with elements of Iranian-Caucasian substratum.”

It is believed that she was of important social status based on her complex tattoos that included mythical creatures. “Compared to tattoos found by archaeologists around the world, those on the mummies of the Pazyryk people are the most complicated, and the most beautiful,” stated Dr. Natalia Polosmak who was the scientist who found the mummy. “Tattoos were used as a mean of personal identification — like a passport now, if you like. The Pazyryks also believed the tattoos would be helpful in another life, making it easy for the people of the same family and culture to find each other after death.” 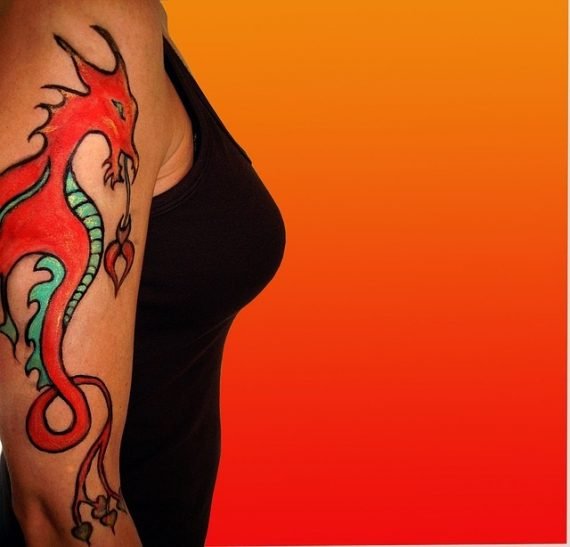 Next to her body was some marijuana which she may have taken as a form of relief from her breast cancer. Jewelry and Chinese silk were also found with the remains which is even more evident that she was of important status. “Chinese silk before was only found in ‘royal’ burials of the Pazyryk people — it was more expensive than gold, and was a sign of a true wealth,” one researcher noted. Additionally, six horses with colored felt saddles and detailed harnesses were buried with her.

Since she was buried alone, she may have been a shaman as stated by archaeologist Vyacheslav Molodin, “It was quite unusual to have a single Pazyryk burial. Usually men from this culture were buried with women. In this case, her separate burial might signify her celibacy, which was typical for cult servants or shamans, and meant her independence and exceptionality.”

Another interesting feature was that she had a shaved head and wore a wig. Archaeologist Natalya Polosmak described the wig in further detail, “The base of the wig was a felt “hat,” with two layers of women’s hair sewn into it. Between the layers was a black flexible substance, which helped to fix and hold the shape and the volume of the wig….A mop of hair on top was tightly wrapped around with a woollen cord, which helped this mop to stand upright… On top of this mop was worn a red “nakosnik” (a braided decoration made from threads), and atop of this structure was a bronze pin with a deer, standing on a sphere. The deer was made from wood, and was covered in golden foil.”

When her body was moved, natural disasters occurred and the Altai people believed it was because her spirit wasn’t at rest.

She certainly lived an interesting life with some details remaining a mystery throughout the centuries. We do, however, have an idea of her facial features because a taxidermist created a model of what the Ukok Princess might have looked like when she was alive about 2,500 years ago (those pictures can be viewed here.)