The Strange Case of a Woman Abducted by Fairies

Fairies have been a part of the landscape of many cultures throughout history. There have always been stories of the little folk lurking out in the wild places of our world, and numerous tales of their exploits and powers. Some of these are obviously pure myth and folklore, but there have also been many encounters reported of actual incidents involving fairies. These can really run the range, but one of the oddest of all was the time a young woman claimed to have been abducted by these creatures and spirited away to their mystical land, only to return with more mysteries than answers.

Our story here begins with a young woman by the name of Anne Jefferies, of the parish of St Teath, Cornwall, in England. Born in 1626 to a poor laborer, she had always been a bright and inquisitive girl with a wild and active imagination. One of the things that really captured her attention and became almost a sort of obsession for her were all of the various tales of fairies that were all around her, the lore of her area steeped in such tales, but for her this was more than mere stories. As a child she would spend much of her time out in the woods trying to find the elusive entities and commune with them, and this habit would continue right up until she was a young woman, when she came to live as a servant in the family of a Mr. Moses Pitt and his wife Joan, where she did domestic duties and also served as a nanny and nurse to the couple’s two young children. At 19 years of age, she was still going out into the forest all of the time after her chores in her free time, looking for fairies and pixies, singing out to them in the hope of some sort of response to validate her belief that they were in fact real. Little did she know that it would seem her efforts were not completely in vain, and that she was being watched. 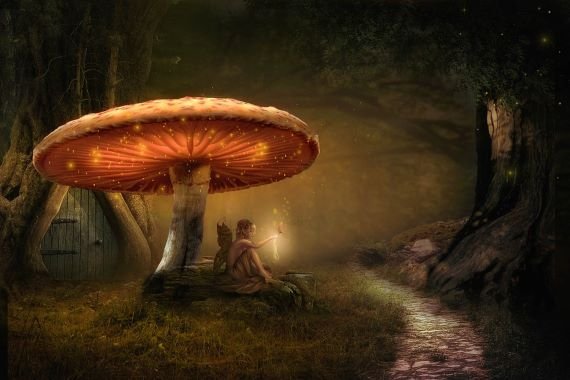 According to the tale, one day Anne was out knitting at the Pitt home when she suddenly went into a convulsive fit that left her ill and bedridden. Several days passed with her in an unconscious state, and when she woke, she would have quite the tale to tell. She would relate to her family and those around her that she had been out there knitting when she had heard laughter and had looked around to find that six diminutive men in green outfits and hats and with unusually bright eyes, led by one with a red feather in his cap, had crawled out of the bushes to approach her. The leader of the group had apparently been unafraid of her, jumping into her palm and then up onto her shoulder to kiss her neck and hair, and before long all of them were crawling all over her. That was when one of them had put his hands over her eyes, after which she had felt a prickling sensation and then all had gone dark.

The next thing she remembered was waking to someone shouting “Tear! Tear!” and when she looked around herself, she saw that she was upon a grassy knoll in an unfamiliar, fantastical land of palaces, temples, and lush gardens, as well as azure lakes and a plentitude of brightly colored birds and other animals frolicking about. She was then dressed in an ornate, flowing silk dress and led to a palace, where there were fairy folk everywhere eating, drinking, and dancing. It would seem that she was there in this strange land for many days, during which time she fell in love with the fairy with the red feather in his hat. This apparently made the other fairy men jealous, and they followed them around everywhere they went. One day, a mob of these fairy men would surround them, and as her fairy lover tried to defend her, Anne once again found herself losing consciousness, fading to black as she was immersed in a thrumming vibration that shook her entire body and a buzzing in her ears. The last thing she saw before everything went dark was her fairy lover lying wounded on the ground,

When she woke this time, she was back where she had started, the fairies nowhere to be seen. She was at the time disoriented, and when her family members found her, she was going into convulsive fits. Oddly, although many days had passed for Anne, it seemed as if no time had passed in the real world. For the next few weeks, she would be ill in bed, moving between unconsciousness and lucidity, and she would demonstrate some side effects of her bizarre ordeal. It seems as though she had developed certain clairvoyant abilities, such as reading the future and knowing who was at the door. She also said that she frequently saw the fairies lurking about, although no one else could, and she had apparently also gained the ability to heal people by touching them, on one occasion curing a person’s injured leg just by laying hands upon it, and soon there were people coming from far and wide coming to be healed by her hands. Such were her purported powers that she was kept as a prisoner at the house of the Mayor of Bodmin for a time on charges of being a witch, although never formally charged with witchcraft, which was what the whispered rumors were saying. 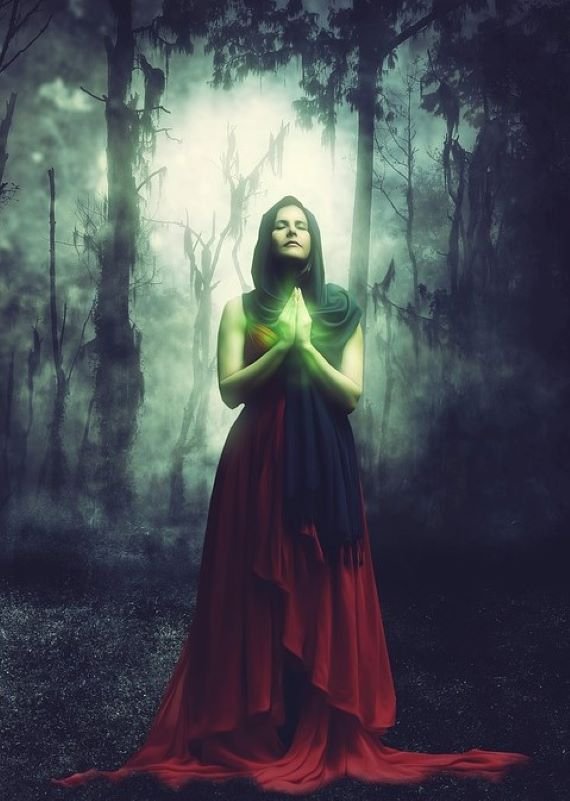 Interestingly, another power she apparently had was to go without food for long periods of time, yet remain healthy and vigorous, insisting that the fairies were keeping her fed. The case made quite a stir back in the time, and Anne herself would go on to marry a man named William Warren and fade from the spotlight, refusing to talk about her experiences or perform any more healing magic. The story would go on to be spoken of throughout the area ever since, with a letter from Moses Pitt, her benefactor’s son, to the Right Reverend Dr. Edward Fowler, Bishop of Gloucester setting it in stone. Anne Jefferies would die in 1698, taking any secrets to the grave with her and having avoided talking about her experience for most of her life. What was going on here? Is this just a folktale, or is there something more to it? It is unknown, and the case has become embedded in local myth without a real answer in sight. Was this actual fairies, interdimensional interlopers, possibly an alien abduction? Or was it just a hoax and the ramblings of a misguided young woman, or even just pure folklore? There is no way to really know, and whatever the case may be, it remains one of the weirder tales of fairies there is.