There have over the years been some very weird things found in people's homes that have caused quite a bit of head scratching. Many of these revolve around the various objects that people of the past have placed there in order to serve as wards against insidious spirits, demons, witches, and other perceived evils. There was a time when such ominous forces were to the populace of many areas a very real feature of the landscape, something to cower in the darkness from, and there were all manner of efforts to try to gain dome control and drive these forces away. In more modern times some of these talismans against supernatural forces have turned up in the oddest of places, and some are weirder than others.

In the winter of 2019, a farmer decided to carry out some renovations on his barn in the town of Burgh le Marsh, in the East Lindsey district of the county of Lincolnshire, England. It was a pretty routine job to fix a leaky roof, but when the farmer was inspecting some timber that had rotted away on a horizontal beam he noticed something strange tucked away on the beam in the darkness. There, sitting concealed within the timber and looking very old were two old and weathered chess pieces, a queen and a bishop, with no sign of any of the other pieces. It was a pretty strange thing to find way up there on that beam in the barn, and there was no rational reason for why anyone would have wanted to put them up there. So how did they get there and why? No one in the farmer’s family had put them there, so considering this and the fact that they looked so very old, the Lincolnshire County Council was notified. 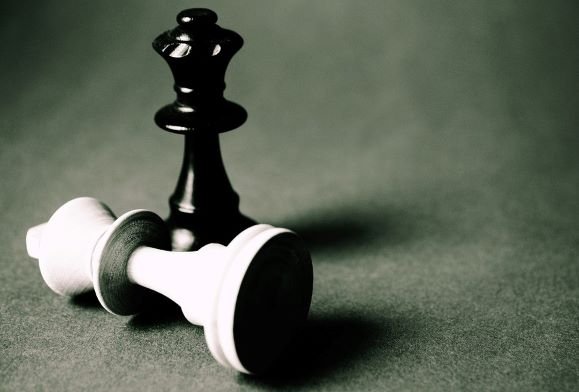 The pieces themselves were made out of plaster of Paris or crushed stone, and were probably dipped in resin. The Queen was found to be seven centimeters long and depicted as wearing a crown, while the Bishop was slightly smaller and had his hands clasped in prayer. Both are seated on thrones. The pieces were determined to have been made in sometime around 1859, with a distinct deign to them that suggests they were created from a lost mold from medieval times. These were obviously very unique pieces, works of art even, but it still did not answer the question of how they had gotten up to that beam in the first place or why it was just that one Queen and Bishop with no other pieces to be seen.

As the council looked into the odd case, it was noticed that the location of the pieces seemed to be very specific, namely, that the beam they were found on was at a threshold to the building, in fact just over the main entry point of the barn. It was also found that the barn stood on what had once been an outbuilding used for livestock. Considering this, it was surmised that these chess pieces had been intentionally placed there for the purpose of perhaps warding off evil spirits and keeping the animals within safe from supernatural attacks. In the 19th century, the placing of various amulets, talismans, everyday objects, and other things at the boundaries and thresholds of houses and other properties was a common practice in which owners sought to ward off evil spirits or other supernatural threats. These artifacts could be buried, stuffed into the chimneys and walls, or otherwise hidden away at the boundary of the property in order to keep evil spirits or even the Devil himself at bay, although this would be the first known time that chess pieces had been used for such a purpose. Archaeologist Dr. Adam Daubney, a liaison officer for the Lincolnshire County Council, would say of all of this:

This is such an interesting discovery. We often get reports of people finding things concealed in old buildings, objects such as miniature bibles, old shoes, bottles containing hair, and even mummified cats. These finds—along with documentary evidence—tell us about the superstitions and beliefs of rural communities from as early as the 16th century. We haven’t seen chess pieces before. The purposeful concealment of the chess pieces makes it really clear that they were used as amulets, as indeed does the purposeful selection of the queen and the bishop. The pieces were found in the beam which was over the main access point of the barn, so I think these have been purposely selected and placed to help keep the occupiers and their livestock safe. It seems likely that the praying Bishop and Queen—the latter which might have served the role of Mary—were carefully selected from the chess set as pieces that might have particular spiritual power to ward off evil. 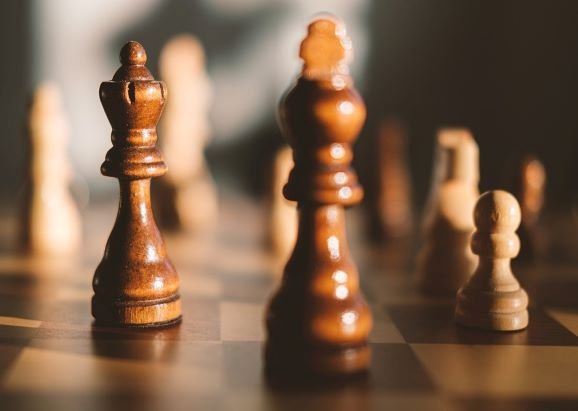 The find was reported to the Portable Antiquities Scheme, which is a project run by the British Museum to encourage the recording of archaeological objects found by members of the public, although the family that found the pieces are still in possession of them. It is thought that there are countless other strange finds like this out there to be made, and it is truly amazing the lengths these people of old went through to protect their property from the insidious and mysterious forces of evil that they were so sure lurked out in the shadows. Who put those chess pieces there and why exactly did they think this would do the trick? Who knows? It all just goes to show that it was a very different time, when magic and dark paranormal forces ruled the land.

Thoughts on the Slenderman: A Strange and Sinister Phenomenon