The Weird World of Weather Control

We humans have never ceased to push at the boundaries of what we can do with the natural world. We have tirelessly pushed forth into new frontiers, penetrated into the unknown, and tried  to tinker with the very building blocks of life. There seems to be little that we have not failed to conquer, but one thing that seems to have always been just a force of nature that we have had to learn to just deal with is the weather. However, even this seemingly unconquerable realm has not been safe from our desire to bend it to our will. Indeed, we have long been set on controlling and conquering the weather, and have come closer than many may think.

Although the idea of controlling the weather may sound like something from straight out of a science fiction novel and the stuff of the future, people have been attempting this for a surprisingly long time. In 1891, the German American engineer and an inventor Louis Gathmann came up with the idea of blasting liquid carbon dioxide into rain clouds to make it rain, and in the 1930s there was the theory that supercooled water droplets present while ice crystals are released into rain clouds would cause rain, called the Bergeron–Findeisen process. This was pursued by General Electric 's Vincent Schaefer, who managed to find a way to change super-cooled water into ice crystals. In 1946, Schaefer would use his method to cause snow to fall at Mount Greylock in western Massachusetts, by dumping six pounds of dry ice into the target cloud from a plane. His colleague, Dr. Bernard Vonnegut, would discover another method using silver and iodide chemicals to produce silver iodide, which could be used to modify a cloud's heat budget and chemistry to induce precipitation. This process would be known as “cloud seeding," and the era of weather control was born.

Although electrical charges and infrared laser pulses have also been used in a limited capacity, by far the most widely used and common method of trying to modify the weather is that of cloud seeding, in which various substances are dispersed through the air or directly dropped into clouds to serve as cloud condensation or ice nuclei, which then alter the microphysical processes within the cloud to induce rain or snowfall. The most common chemicals used for cloud seeding include silver iodide, potassium iodide and dry ice, which are either dispersed from an aircraft or shot right up into the cloud using rockets or canisters fired from anti-aircraft guns. In the 1960s and 1970s the technology was used extensively, particularly by the U.S. government. One instance in the 1960s was called Project Stormfury, in which the U.S. military tried to alter hurricanes through cloud seeding to some success, before the project was scrapped in the face of the danger involved with messing with one of nature’s most terrifying forces. From March 1967 until July 1972, the US military's Operation Popeye used cloud seeding technology to extend the monsoon season over North Vietnam during the Vietnam War, and through the 1970s and 1980s the United States Bureau of Reclamation and the National Oceanic and Atmospheric Administration conducted various cloud seeding projects, to varying degrees of success. 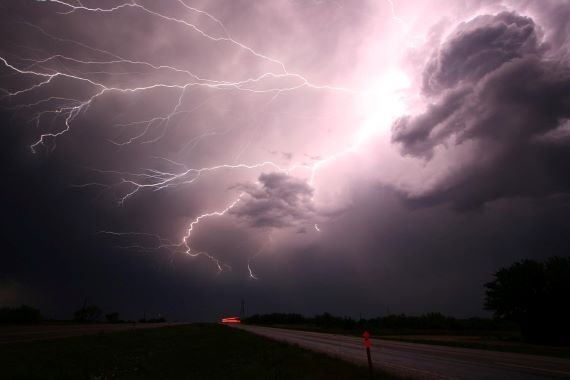 The United Sates is far from the only country to have pursued this technology, and cloud seeding projects have been taken up by various countries around the world, including Canada, India, Indonesia, Iran, Israel, Kuwait, United Arab Emirates, Thailand, France, Spain, Germany, Russia, the United Kingdom, and Australia, as well as some parts of Africa. It is most commonly used to try to artificially induce rain in regions with drought or low rainfall, but it has also been used to induce snowfall, reduce the severity of storms, improve the air quality by encouraging rainfall, reduce smog, reduce the size of hailstones that form in thunderstorms, produce snow or rain for hydro power, or stop rainfall by causing clouds to expend their rain before they arrive at a certain area.

Perhaps the country pursuing the technology most aggressively is the People's Republic of China, which between 2012 and 2017 alone invested a total of 8.8 billion yuan ($1.38 billion) on their weather modification programs. China used cloud seeding in Beijing just before the 2008 Olympic Games in order to have dry weather and clear skies for opening and closing ceremonies by coaxing rain showers out of clouds before they reached the Olympic city, and in February of 2009 used cloud seeding over Beijing to artificially induce snowfall after four months of drought. As recently as 2021, China used the technology to clear Beijing’s skies for the Chinese Communist Party’s (CCP) centenary in Tiananmen Square on July 1. In the face of overcast skies and high levels of smog on that day, rockets carrying silver iodine were launched above Beijing and the surrounding areas, having the effect of decreasing the level of the air pollutant PM2.5 by over 66% and bringing the air quality from “moderate” up to “good” under World Health Organization (WHO) standards. China is believed to have some of the largest and most advanced weather modification networks in the world, and has pledged to reach an “advanced” weather modification level by 2035.

Despite such widespread use and the promise of being able to control the weather, there have been a few setbacks for weather modification using cloud seeding. One is that its actual effectiveness has been called into question, with mixed results across the board and frequent difficulties in gaging whether there has been any statistically significant rise in rainfall. There has been much debate and differing opinions from experts, making it hard to tell just how well it all actually works. Whereas some countries have claimed amazing results, for instance United Arab Emirates scientists have estimated that cloud seeding operations can enhance rainfall by as much as 30 to 35 percent, other studies and research have come to the conclusion that it has little to no impact on the amount of precipitation. For instance, he US National Research Council (NRC) said of its own conclusions of cloud seeding:

Science is unable to say with assurance which, if any, seeding techniques produce positive effects. In the 55 years following the first cloud-seeding demonstrations, substantial progress has been made in understanding the natural processes that account for our daily weather. Yet scientifically acceptable proof for significant seeding effects has not been achieved. 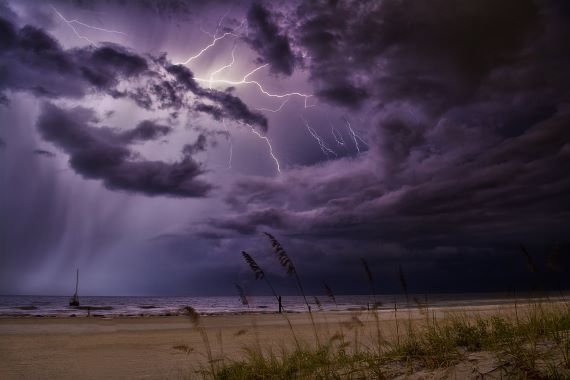 So does it work or not? There have been so many wildly differing opinions and test results that it is hard to say. Another hurdle has been the potential for environmental damage, as it is still poorly understood what the ecological effects of pumping these chemicals into the clouds will be, nor what happens to an ecosystem when it gets more than rain than it is supposed to. Manipulating the weather was once only something Mother Nature could do, so what happens when we start creating rain where there should be none? It is not entirely understood yet. Additionally, there are worries that the technology could potentially be used as a weapon, such as what was done during the Vietnam War with the creation of monsoons. After all, being able to cause massive floods or to create beastly hurricanes to ravage one’s enemies would definitely be a useful weapon in any country’s arsenal. There have already been several conspiracy theories that such weaponry has already been developed or even deployed, and the possibility is such a concern that the Convention on the Prohibition of Military or Any Other Hostile Use of Environmental Modification Techniques (ENMOD) was formed to regulate military or any other hostile uses of weather modification technologies. Finally, there are the legal implications, as who actually really owns the clouds? The answer to this is murky, and so there is a potential morass of legal tangles involved with manipulation of the weather.

Does any of this really stop those who would control the weather from trying? Of course not. The experiments and research continues. Can we guarantee that this is all for benevolent reasons? No, we cannot. How far will it all go? Who knows? Whatever the case may be, it shows that we are still doggedly at trying to tame this world, to bend it to our will, and this frontier of controlling the weather may just be one step towards more yet to come. Where will it take us ultimately and what price will there be to pay for trying to tinker with the work of Mother Nature? There can be no way to know.

Bigfoot: What Would Happen if We Found One? What Would the Implications be?