A tourist destination in England called the Lake District is known for its paranormal activity and just recently a man may have photographed two possible ghosts. And interestingly, they were spotted during the day time as a lot of ghost sightings occur at night.

On Sunday, December 19th, Philip Jackson was out for a walk in the woods around Tarn Hows when he decided to snap some nature photos. Later that same day while looking through his pictures, he noticed a human-shaped apparition that he caught on his camera. He claimed that nobody else was in the area while he was there. 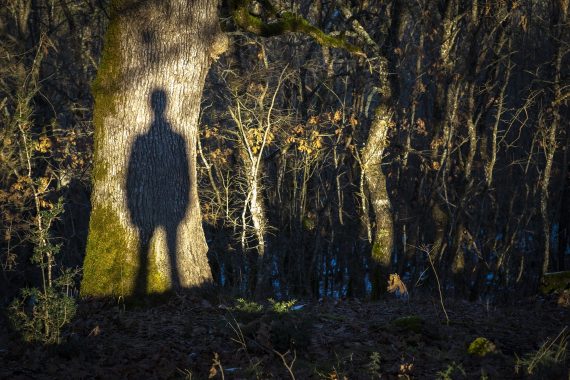 As for the figure, Mr. Jackson described it as looking like “...a very small man.” He went on to say, “Apart from not seeing a person when I took it, the other strange thing is the clothing: if it had been a person, they would be wearing clothes suitable for winter walking and the outdoors.” “Most people see a person: some a man, some a female and others a child.” “If it was a little girl, there would be parents close by, but there was no one there. I had no kids with me.”

There may have been another human-like figure there as well, “...but there had been lots of tree felling in the area and I think the second figure is light reflected off bits of broken tree,” he noted, adding that he was “completely baffled” by what he caught in the picture. You can decide for yourself as the photo can be seen here.

The Lake District area is full of countless reports of paranormal activity, so let’s take a quick look at some of them. A 13th century outlaw named Bjorn is rumored to haunt Styhead Pass. The apparition of a ghostly horse carrying a coffin has been spotted in Wasdale Head. Ghostly marching troops were witnessed walking along the summit ridge on Souther Fell during the evening of Midsummer’s Day in 1745. 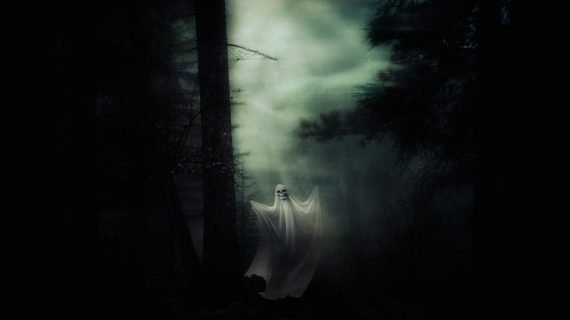 Other haunted spots include workers at Moot Hall in Keswick who claimed to have seen a male entity in the tower and one of them even felt a ghostly hand on his back as he was walking down the stairs. Two skulls that kept returning after being thrown out have haunted Calgarth Hall. A ghostly white horse is said to walk on the water in Windermere whenever something bad is going to happen to the neighborhood near the lake. And there is a creepy little water-loving creature called Tizzie-Whizie that was first witnessed around the year 1900 – it allegedly had the body of a hedgehog, the tail of a fox or squirrel, and wings like a bee.

With all of that strange activity, it’s very possible that two ghosts were photographed at Lake District.