Just a couple of days ago I highlighted the beliefs, and the work, of a very strangely-nicknamed group in the U.S. Department of Defense: the Collins Elite. They were/are a group tasked with trying to determine if the UFO phenomenon was/is demonic in nature, rather than extraterrestrial. It wasn't a big group. And it was - as they saw it - underfunded. We're not talking about anything like some kind of amazing "secret underground base." We're talking about a few rooms in Washington, D.C., and not much in the way of membership. But, by all accounts, they had significant input from occultists, experts in the field of demonology, witches, and priests. And more, too. Reportedly, documents and papers put together for/and by the DoD left a deep mark on them. And, to the extent that some people in government chose to try and find ways to literally utilize what we might call "demonic powers" to take on potential enemies. I should say, though, that the Collins Elite was hardly the only group in the world of government that decided to take steps into the world of all-things demonic. With that said, let's now take a look at Operation Often. 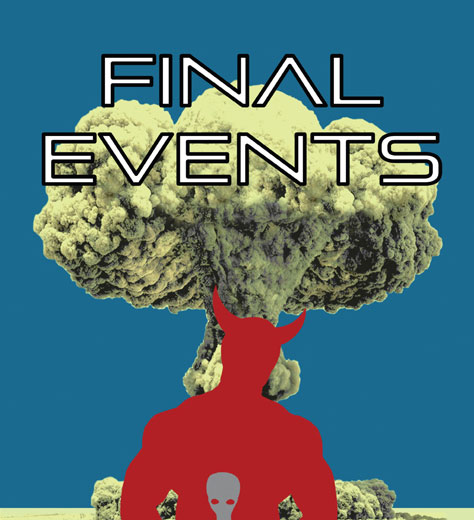 Operation Often began in the latter part of the 1960s with one Dr. Sidney Gottlieb. Having secured a Ph.D. in chemistry from the California Institute of Technology in the 1940s, Gottlieb, in 1951, was offered the position of head of the Chemical Division of the CIA’s Technical Services Staff. Mind-control, hypnosis, the manipulation of the human mind, and the nurturing of "Manchurian Candidate"-style figures were very much the order of the day. It was work that Gottlieb dedicated himself to for years. In 1968, however, life and work changed significantly for Gottlieb. Welcome to the world of Operation Often. Without doubt the brainchild of Gottlieb, Operation Often was kick-started thanks to the then-Director of the CIA, Richard Helms. Gottlieb very quickly convinced Helms that the CIA should explore the fields of the paranormal, the demonic, and the occult, to determine if, and how, they could be used against the likes of the former Soviet Union and the Chinese. An initial grant of $150,000 was quickly provided. Investigative writer Gordon Thomas says: "Operation Often was intended…to explore the world of black magic and the supernatural." It did precisely that. In no time at all, and mirroring the Collins Elite, Operation Often became something of a secret order, one that was dominated by disturbing phenomena, the study of ancient and priceless books on the occult, and a long list of notable characters. As evidence of this, the personnel on-board with Operation Often were soon mixing with (among many others) fortune-tellers, mediums, psychics, demonologists, astrologers, Satanists, clairvoyants, and even those that practiced sacrificial rituals. To what extent the program worked is the guess of anyone. There was, however, a link between the notorious "mind-control" program of the CIA: MKULTRA. 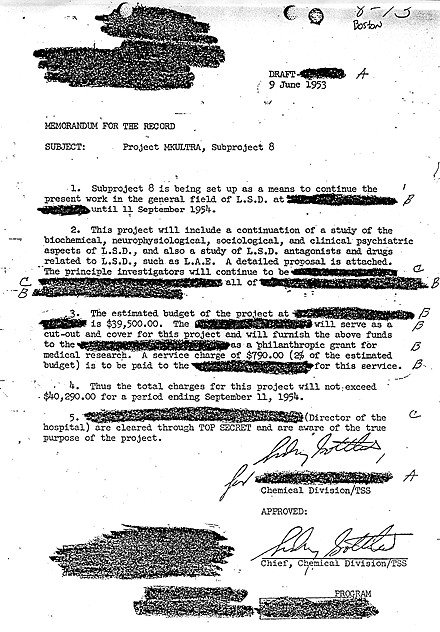 Now, onto none other than Aleister Crowley. The "Great Beast" who died in 1947, was the subject of sensitive files that are said to have been destroyed, but which may not have been. In this case, the records were said to have originated with MI5, which is the U.K.’s equivalent of the FBI. Richard B. Spence, of the International Spy Museum, has done his utmost to try and unravel the connections between Crowley and the intelligence community. Spence says of Crowley: “He was such a disreputable and even evil character in the public mind that arguably no responsible official would think of employing him. But the very fact that he seemed such an improbable spy was perhaps the best recommendation for using him.” Another theory is that during the Second World War, British Intelligence planned on using the world of the occult to try and prevent the Nazis from invading the U.K.

A prestigious author of books on numerous aspects of the world of magic and sorcery – including How to be Your Own Astrologer, Diary of a Witch, and Cast Your Own Spell – Sybil Leek was someone who moved almost effortlessly in the worlds of secret, occult-driven groups, and those of influential and famous figures with which such groups have become associated. She was born in Normacot, England in 1917 and has been referred to as "Britain’s most famous witch." Leek was someone who became exposed to the "old ways" by her father, and while she was still a child. The magical properties of herbs, the ability of some animals to "shape-shift," and matters relative to curses, invocations, and magical rites were all part of young Sybil’s life. They stayed with her until the day she died. Interestingly, Sybil Leek did some brief for the Collins Elite in the early 1970s. All of this demonstrates that government agencies are not at all against digging deep into the worlds of the paranormal, the supernatural and the occult. In fact, some figures have positively waded into it.