A Mysterious Haunted Fortress in Peru

History has given us a plethora of mysterious paces and strange forgotten ruins over the millennia. These stand out as testaments to our progress, our dreams, and sometimes even our violent natures. In the case of the latter, sometimes these places seem to accrue a sort of dark energy, tethering certain forces to them that we will perhaps never understand. Many of the haunted places of the world spring from such dark and twisted histories, and from the anguish of war, and one of these lies out within the country of Peru. Here we will look at an old fortress that has seen many battles and much bloodshed, and which also happens to be one of the most haunted places in the country.

Back in the 17th century, the city of Lima, Peru was having quite the pirate problem. The main port and city of Peru, then a colony of Spain, was suffering heavy incursions by ruthless pirates, which threw shipping into disarray and forced the Viceroy Melchor de Navarra y Rocafull to have an ambitious set of walls built around the city between the years of 1684 and 1687, called the Walls of Lima. These imposing fortifications did their job well enough until the 1746 Lima–Callao earthquake caused them to largely crumble into rubble. A new project was then launched by Viceroy José Antonio Manso de Velasco to create a grand fortress at the Callao area of the greater Lima area to bolster the defenses of this key strategic port. Called the Real Felipe Fortress, named after the Spanish king Felipe V, it was a vast behemoth, sprawled over 70,000 square meters of bomb-proof walls, turrets, a 16-meter-wide moat, barracks, and ramparts, the whole of it bristling with a formidable arsenal of 188 bronze and 124 iron cannons. At the time it was the largest Spanish fortress ever constructed in the Americas, and it served its purpose well.

During Peru’s wars of independence in the early 19th century, the Real Felipe Fortress was a powerhouse, instrumental in beating the enemy back. It would repel several major naval assaults and blockades, and force the Argentine general José de San Martín to abandon a naval intrusion and instead invade Lima by land in 1816. After a lengthy siege full of fierce fighting the impenetrable fortress was finally defeated by a ration shortage and surging cholera outbreak, after which royalist General José de La Mar surrendered to Republican forces. The fortress would be retaken by the Spaniards under Brigadier José Ramón Rodil y Campillo, but later be claimed again by Peru when the Spanish surrendered. It would be used as a prison for captured enemies for a time, gaining a reputation for being a brutal place of torture and horrific conditions, to be there tantamount to a death sentence. In modern times, it serves as the Peruvian Army Museum, and is considered a major historical attraction in Lima, yet as many places with such dark and violent histories tend to be, Real Felipe Fortress is said to be loaded with ghosts, indeed considered to be one of the most haunted places in Peru.

One of the more famous paranormal tales from Real Felipe is that of a ghost of a forlorn woman dressed all in white, known as La Perricholi. She is said to have been an entertainer and member of a high-ranking Spanish family, talking refuge at the fortress during an uprising during the war of independence. There she allegedly fell ill and died, although it seems she never really left. The White Lady is said to continue to roam the halls of the fortress, often heard eerily humming a funereal melody, and she is said to be most active at Torreón del Rey’s drawbridge, near the King’s Tower. This drawbridge seems to draw a lot of paranormal phenomena to it, as there are often sighted ghostly soldiers and an unidentifiable figure who will leap off the bridge only to vanish, as well as glowing eyes peering out from beneath. 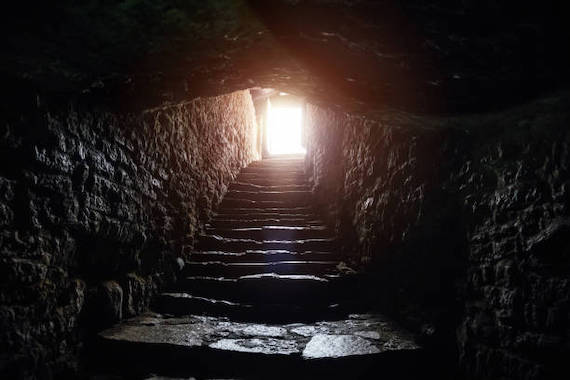 Another active area of the fortress is the dungeon beneath the King and Queen towers, where prisoners were once tortured during the colonial war era. The cold, stone walls here are absolutely infused with a history of suffering and death, a place where prisoners were doused with boiling water and stuffed into tiny dank cells to languish in their own filth. The list of weirdness down here in the gloom is long. Shadow figures, moving objects, sudden temperature drops, light anomalies, anomalous sounds such as footsteps, whispering, wailing, and various bangs and knocks, being pushed, prodded, or shoved by unseen hands, and a thick sense of dread and panic that hits some visitors to the point where they have an uncontrollable urge to flee. Some of the apparitions seen down in the dungeon are the figures of long dead prisoners, and a hulking shadow mass said to be more beast than human, as well as small, child-sized imps or goblins that run about the corridors and hide in cells.

Joining this cast of ghostly characters is the spirit of a young boy wearing 1800s sailor clothes, said to appear to be about 2 years old, who darts about and hides among the military displays of the Governor’s House area. This spectral boy will apparently hide and wait to be found, before running off to vanish into thin air, almost as if he is playing a game of hide n’ seek. This boy is said to often leave tiny footprints behind in the dust of the stone floor. There is also the ghost of a young soldier who died when he jumped from the Queen’s Tower rather than face being captured during one of the fortress’s many battles. Even in death he is said to be seen jumping to his death, hurling himself from the rampart only to vanish before he hits the ground. It is said that visitors who go into the tower will be overcome with an overwhelming fear and the urge to jump from the top. The ramparts of the fortress are also the home of a witch-like wraith who appears as a woman with a skeletal face. It all certainly seems to be in keeping with the general theme of haunted places, in that this was the location of some very tragic and dark history that seems to have etched itself somehow onto the very structure itself. For whatever reasons, some very strange forces have attached themselves to this place, and it has gone on to become one of the most haunted places in the entire country, remaining the home of restless spirits that don't seem to want to leave anytime soon.

The Alternative Ways to Look for a Monster or a Sea Serpent: The Power of Magic