A Mysterious Inter-dimensional Portal in the Desert

Are there other dimensions beyond our own? Do other realities sit right next to ours, hidden from us by some veil between us? If so, is there any way for that veil to be broken and for one to bleed into the other? There has long been talk about mysterious portals and doorways between realities, supposedly able to bridge the gap between two different realms, and while this may all seem to be within the realm of pure science fiction, there have been stories of this actually happening. One such case takes us out into the desert wilds of Arizona, in the United States, where a group of treasure hunters experienced some weird phenomena indeed, and supposedly stumbled across a doorway into another world.

An intriguing case of a mysterious doorway to another dimension and perhaps even through time and space itself occurred in 1956, when a treasure hunter by the name of Ron Quinn ventured with his brother Chuck and some friends into the remote and rugged mountains of Southeastern Arizona looking for mysterious lost Spanish treasures and gold mines. The case begins with high strangeness and only gets more bizarre as it goes on. Three weeks into their adventure, the treasure hunters set up camp one night, and that evening they were surprised to see two large balls of bluish green light floating about in the darkened, starry sky. The bewildered campers determined that these were not flares of any kind, nor any sort of known aircraft. The weird balls of light hovered about for several minutes before vanishing behind some mountain peaks. The next evening, the same strange phenomenon was witnessed again, much to their astonishment. When they mentioned the strange lights to a local cowboy named Louie Romero, he informed them that the unexplained lights were a recurring phenomenon in the area, and had been seen as far back as 1939. The group would spot the strange lights several more times over the course of their excursion, and the trip would further unfold into the bizarre as they continued on.

At one point during their travels, the group passed by what looked like a stone archway, which stood out as something of an anomaly upon the landscape, looking decidedly out of place, yet they didn’t think much of it until later, when they spoke to a Native local named John, who claimed that the archway had long been surrounded by strange stories and rumors that anyone who entered the doorway never came out, and that objects thrown in would not emerge from the other side, earning the structure the name “Doorway of the Gods.” There were also stories of the archway shimmering, of orbs of light orbiting it, and of strange figures lurking around it dressed in old fashioned clothing that did not seem to be immaterial ghosts, as they disturbed the gravel where they stepped, left footprints, and cast shadows, yet they would suddenly vanish into thin air. These mysterious figures were said to stand off in the shadows and either stare at the archway or inscrutably stare at people passing through, although they apparently never acted in a threatening manner, as if they were some kind of watchers. 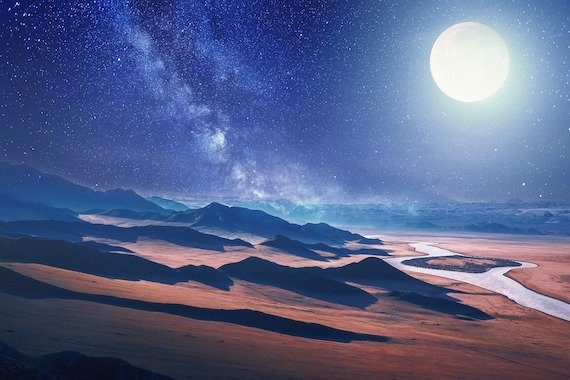 Other stories surrounding the archway were a bit more sinister. There were tales of camps near the archway that had been mysteriously abandoned and of prospectors who had never returned from the area, seeming to vanish from the face of the earth, as well as others who had come stumbling out of the wilderness in a state of disorientation or even madness, unable to explain what had happened to them. John relayed his own tale of strangeness concerning the archway, claiming that one dark and stormy day he had visited it and peered through it to see that, although the scenery was the same through the portal, the sky was oddly clear and blue on the other side. When he looked around the edge of the doorway, the clouds were once again dark and thick, looming menacingly over the scene, but glancing back through the archway showed the sky to be calm and clear once again, and the bizarre sight with its contrasting scenery frightened him.

Enthralled with these odd stories, Quinn and his group went back through the perilous rocky terrain to find the mysterious archway and investigate it, now certain that there was more to it than had first met the eye. They managed to locate the strange looking structure once again, squatting there in the desert like some ruin from an ancient civilization, and upon closer inspection it proved to be surrounded with an unusually large deposit of geodes, some of which were broken open with their interiors glittering in the sun. These geodes were scattered everywhere, but only in the immediate vicinity of the archway, the surrounding landscape lacking any geodes at all. The archway itself was measured as being around 7 feet high and 5 feet wide, with columns of andesite 15 inches in diameter, and it stood beside a steep, rocky slope. After checking it out, the team went to work testing out the weird stories by throwing various rocks through the opening, but the rocks all mundanely fell to the ground on the other side and there was no sign of anything remotely mysterious whatsoever. Increasingly skeptical, some of the members of the team boldly put their arms through without incident, although no one was willing to try stepping all the way through, even as they joked about how gullible they had been to listen to the Indian’s stories. After around an hour of this, they departed, no closer to understanding the supposed mystery of this location and convinced that it was just old campfire tales. However, a weird series of events would unfold in the coming days that would make them rethink their position, and show them that something beyond their comprehension was going on after all. 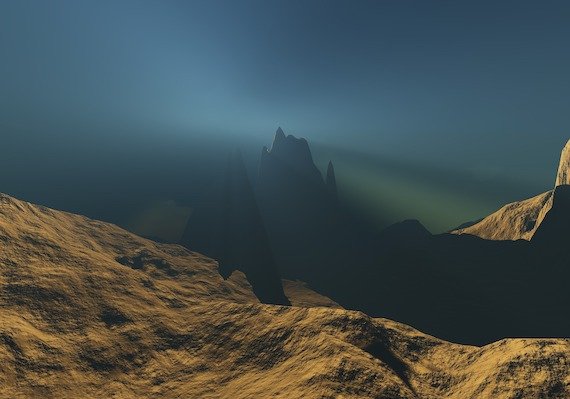 One day as they were checking out the portal yet again and collect some of the geodes strewn about around it, Roy and another member of the team, a man named Walt, noticed that the stone portal seemed to be shimmering slightly, with waves of dancing light coming off of it as if it were simmering in intense heat, even though it was a cold January day. The odd shimmering allegedly lasted a few minutes, during which time both men claimed that they could feel a building pressure within their ears, before the shimmering and the weird physical sensation slowly ebbed away. The inexplicable event spooked both of them, especially Roy, who vowed never to go anywhere near the archway again. On another occasion, the group came across another group of three treasure hunters who claimed that they had also camped out near the mysterious stone portal nearby. The group claimed that that evening their camp had been hit by what sounded like rain hitting their tents, the raindrops clearly audible even though it was a clear night. Looking out of their tents, they had met with the sight of small, reddish brown pebbles around the size of peas falling in great numbers from above to lightly pelt them and the surroundings, but only in a limited, well-defined radius. The mysterious pebbles seemed to be made of some king of iron ore, and were found to be warm to the touch, but there was no explanation for where they had come from.

All of these escalating odd occurrences would point to something decidedly strange going on at the archway, but the most bizarre incident would happen years after the expedition was over. Four years after that fateful treasure hunt, on October 14, 1973, Chuck Quinn was compelled to make a personal trip to the site of the stone portal that had eluded their understanding, and arrived at the canyon that led up to the slopes that would lead up to the site. Chuck went about climbing up the steep and treacherous rocky slopes towards the archway, stopping for a breather about halfway up the harrowing climb. It was here as he looked out west over the majestic scenery all around him that he noticed that there was a canyon that should not have been there. Baffled, he made his way back down the slope to enter from the east, and it was here that he realized that in fact he was in the same canyon he had been in before, only he had somehow been transported 250 yards down the trail he had hiked along and to another slope that was facing south rather than west, on the opposite side of the canyon. The bizarre event left him feeling disoriented, convinced him that indeed there was something strange going on here, and hastily left the scene. The story goes that he would go back to look once more but could not find it, and there would be other reports of the archway appearing, disappearing, and teleporting all over the region. Was this some sort of doorway to another dimension or merely tall tales? Are there thin spots between dimensions lurking out there in the wilds of our world? Or is this all just a tall tale and hoax? It remains unknown.

The Most Baffling Thing About the Monsters of Our World: They Are Impossibly Elusive