A new study has claimed that if our sun had rings around it billions of years ago, it may explain why we’re not living on a super-Earth. If the sun did have dust rings around it, they may have prevented our planet from growing into a super-Earth which would have been approximately twice the size and 10 times its mass.

Interestingly, astronomers have found that super-Earths orbit approximately 30% of sun-like stars in our Milky Way Galaxy. Since there are so many of these planets in our galaxy, experts wondered why our Solar System doesn’t have any.

In order to answer that question, researchers made a computer simulation model of when our Solar System first formed billions of years ago from a collapsed dust and gas cloud’s ashes (this is called a solar nebula). According to their model, there would have been high pressure areas of dust and gas (these are called “bumps”) around a very young sun. There were probably three regions with “sublimation lines” (this is when gas is created from vaporized solid particles). Solid silicate turned into gas in the line closest to the sun; heated ice turned into gas in the middle line; and carbon monoxide turned into gas in the line furthest from the sun. 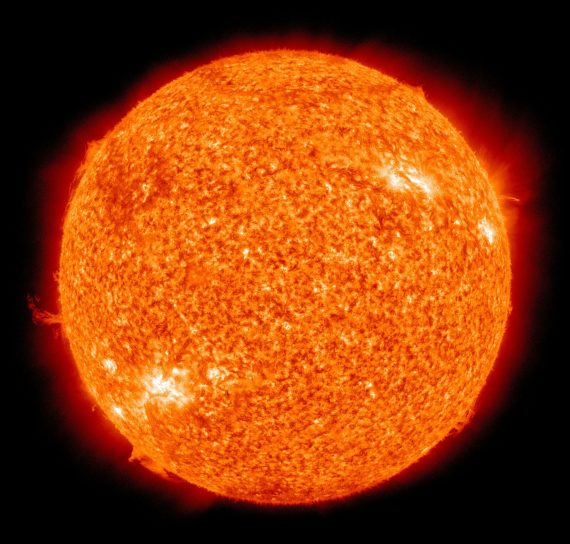 Dust and other solid particles began gathering in these “bumps” and that’s how the rings would have formed around the sun. On the other hand, if there wouldn’t have been any of those pressure bumps, the particles would have been destroyed by the sun; therefore, not allowing any of the planets to eventually form. “One needs something to stop them in order to give them time to grow into planets,” Andrea Isella, who is an associate professor of physics and astronomy at Rice University, said in a statement.

The dust and gas eventually cooled down and the sublimation lines moved closer to the sun which made it possible for the dust to collect into planetesimals (planetary seeds about the size of asteroids that would eventually gather together to become planets). André Izidoro, who is an astrophysicist at Rice University in Houston, Texas, explained this further in the same statement, “Our model shows pressure bumps can concentrate dust, and moving pressure bumps can act as planetesimal factories.”

The researchers also discovered that if the middle ring would have formed a little later, there could have been super-Earths in our Solar System (maybe even this planet) as Izidoro noted, “By the time the pressure bump formed in those cases, a lot of mass had already invaded the inner system and was available to make super-Earths.” “So the time when this middle pressure bump formed might be a key aspect of the solar system.”

The study was published in the journal Nature Astronomy.