Archeologist Claims to Find and Explain the Biblical Burning Bush

Because of its connection to so many of the world’s religions, there are many stories in the Hebrew bible that are familiar to most people – even atheists. The Book of Exodus story of the burning bush – the original ‘call waiting’ sign of a bush in flames yet not being consumed that let Moses know he was about to receive an important message, is a good example. While few of these incidents have been proven by historians – even biblical one – the ‘burning bush’ may have roots based in a natural phenomenon, according to The New York Times. However, as in so many of these cases, the truth about one aspect may refute another. Finally, this new revelation once again links modern religions to practices and belief of previous non-Christian religions – a repurposing to help convince others to join voluntarily … before being dragged in by force. All of that is part of this new story of the burning bush. 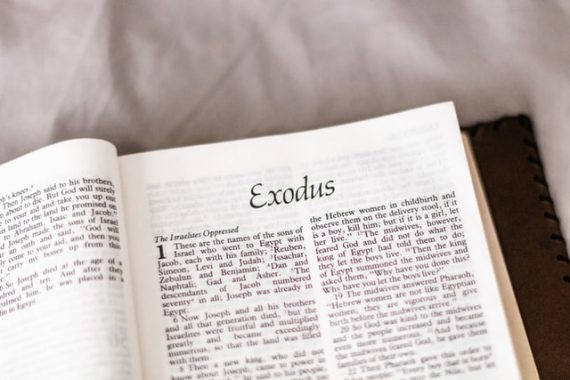 “At midday, with the sun low in the sky on one of the shortest days of the year, he peered across a deep ravine and spotted a strange aura of light, flickering like flames, emanating from a spot on a sheer rock face.”

That’s not a modern translation of Hebrew text on a Dead Sea scroll but a 2003 event that begins the quest to explain the burning bush. According to The New York Times, a tour guide walking on Mount Karkom (Har Karkom or ‘Mountain of Saffron’) at the time of the winter solstice saw a glare of light reflected from the sides of a cave that the Israeli television quickly deemed the “burning bush” even though there was no bush and it occurred on the wrong mount – the mountain of the biblical version was Mount Sinai, whose real location remains disputed but is most often thought to be Mount Horeb. Did a guide just rewrite biblical history?

“At the base of Mount Karkom, named in Hebrew for a desert crocus, there is evidence that ancient migration trails converged here and that cultic rituals took place in the area. Mr. Anati identified what he thought was a sacrificial altar with the remains of 12 pillars of stone that could conceivably correspond to the one described in Exodus 24 that Moses built, representing the 12 tribes of Israel.”

Actually, he added credence to a theory proposed nearly 50 years earlier by Italian archeologist Emmanuel Anati, who found thousands of rock carvings and rock circles on a plateau of Mount Karkom, about 2,500 feet above sea level – including scenes some claimed matched stories in the Hebrew bible. Anati eventually propose that Mount Karkom “should be identified with the sacred mountain of the biblical narrations.” However, other scholars dispute that claim – pointing out that the carvings were made in the third millennium BCE while biblical scholars put the dating of the unproven historical exodus between 1600-1200 BCE.

“Without binoculars or biblical vision, it was possible to make out a strange, if faint, glow, though some visitors expressed disappointment that the aura around the cave mouth was not more fiery.”

However, that didn’t stop a crowd from gathering on the 2021 winter solstice for a new tradition – the observation of the burning bush/cave on Mount Karkom. The New York Times reports that this year’s event included the man who started it all – Professor Anati, now in his 90s. (Photos here.) He again witnessed the ‘glow’ but admitted he can’t prove this is what inspired the biblical story or that Mount Karkom is the true biblical Mount Sinai. He’d rather “bring all the opinions and evidence and let the reader decide for themselves.” That’s a noble cause, but he also refers to the area as “story of the history of humankind” – conveniently ignoring the histories going on at the same time (and long before) in the Far East, Africa, Australia and the Americas.

Gathering all of those cultural and religious histories together and THEN letting the reader decide for themselves would be an event worthy of a burning bush.

How One of the Creepiest Mysteries of All Began