Bridges and Their Strange Ties to UFOs, Weird Creatures and More

Merrily Harpur is the author of an excellent book titled Mystery Big Cats. It takes a fascinating, alternative approach to the "Alien Big Cat”/”ABC" phenomenon. One of the issues that Merrily tackles in the book is that of what are known as "Liminal Zones." They are the places where strange things manifest on many occasions. As Merrily notes, they include streams, bridges, stiles, gates, churchyards, crossroads and railroad tracks. Or, as Merrily words it: "Spots literally or symbolically at the point of transition over a boundary." With that said, let's have a look at some examples of the connections between bridges and the worlds of the paranormal, the supernatural and the cryptozoological. We'll begin with one of the most famous incidents of this type (but also one of the most tragic). Namely,  that of the "Silver Bridge" that, in December 1967, collapsed into the Ohio River, drowning dozens of people. Of course, most will know of the connection to the Mothman phenomenon - and in the very same area, no less.

It was on the evening of December 15, 1967 that Point Pleasant, West Virginia’s Silver Bridge plunged into the churning waters of the Ohio River. Forty-six people lost their lives when their vehicles plummeted into the water. Forty-four bodies were recovered; two were never found. It was a terrible disaster for the close-knit community of the small city. And, of course – as anyone who knows their paranormal history will be aware – this was the same time-frame and location where the legendary Mothman was seen. It’s not surprising that many have suggested a connection between the collapse of the Silver Bridge and the presence of Mothman.

Now, onto a strange UFO-themed case involving a young girl and an old English bridge.  It may seem strange, but, in the 1960s, British military intelligence was secretly opening files on those citizens of the U.K. who were suspected of being alien abductees. This was, I should stress, post-Betty and Barney Hill. We have to focus on the intriguingly weird story of a young woman named Diane Foulkes. The year was 1966, the month was November. As the U.K.’s Freedom of Information Act has shown, it was the Royal Air Force’s Provost and Security Services who secretly oversaw the investigation into Diane’s trauma-dominated experiences. We would almost certainly be completely oblivious to the facts of the affair, today, were it not for one significant thing: Diane Foulkes’s family decided to contact the military – in an effort to try and understand the nature of her experiences. At the time, twenty-two-year-old Diane – a typist working at a local company – was living with her parents in the old English town of Shrewsbury, in the county of Shropshire.

Corporal Robert A. Rickwood’s now-declassified report states, in part: "The first occurred two years ago in November 1964, when she had been driving from Shrewsbury to her home along the A5 road. This was at about 0200 hours as she neared the Montford Bridge over the River Severn. Approximately midway between Shrewsbury and Great Ness a brightly lit circular object appeared in the sky above her car. She had been frightened and had accelerated along the road. The object had kept pace with her remaining at the same height until she arrived home. She had told her mother and father who also watched the object. She described the object as an especially bright light in the sky which remained stationary due west from their home for about half an hour. It had then rapidly diminished in size and they assumed it had accelerated away from them. No sound was heard from the object. The light was yellow in color and became red as it diminished." Interestingly, Diane had several close encounters - and missing time - at the Montford Bridge. The matter was never resolved. Now, moving on.

Denton, Texas is roughly about an hour’s drive from where I live and has a very strange and monstrous legend attached to it. It concerns nothing less than a terror-inducing Goat-Man, of the very type that have been reported from a whole variety of other locations across the United States for many a year. As for the stories that revolve around the creature’s presence, one legend says that, many years ago, wannabe devil worshipers in the area inadvertently opened up a portal to some hellish realm that allowed the vile beast open access to our world. And now, today, and as a direct result of this reckless action, the Goat Man has no intention – at all – of returning to the twilight zone from which he first strode forth. Hence his deep desire to forever haunt the old steel-and-wood bridge at Denton. And that’s just one of three explanations for the beast’s presence! Now, let's get back to the UFO phenomenon.

May 23, 1952 was the day – or, rather, the night – on which everything changed for a man named Orfeo Angelucci. It started out as a strange day – even before the ETs arrived on the scene. From the moment he woke up, Angelucci felt agitated, worried, and had a strange sense that the day was going to turn out very weird. He was right on target. At the time, Angelucci was employed by the Lockheed Corporation – which, interestingly enough, George Van Tassel had also been employed at, albeit in the 1940s – and was working a night-shift. It was shortly after midnight on the evening in question that Angelucci got in his car and drove home. He didn’t know it then, but he was about to have a detour, and an experience, of a very weird kind. It was as Angelucci crossed a bridge over the Los Angeles River – a bridge that was eerily empty of any other vehicles, at the time – that he caught sight of a large, blue-colored ball of light that was clearly shadowing him. The beach-ball sized circle of light took a sudden turn, appearing directly in front of Angelucci’s car. Shocked to the core, Angelucci slowed his car to practically walking pace, and watched, amazed, as two small, green balls of light emerged from the larger one and floated towards him. Those balls of light turned into long-haired aliens and warned him of the perils of nuclear war. Angelucci quickly became a full-blown ufological Contactee: he wrote books, went on the lecture circuit and spread the words of the aliens.

In light of all the above, be careful on bridges... 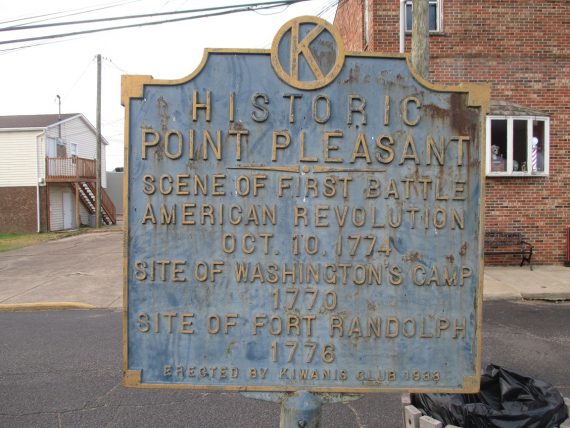