It is known that the asteroid that impacted Earth 66 million years ago killed off the dinosaurs as well as numerous other species – non-avian dinosaurs and at least 75% of all life on Earth went extinct. But many of those creatures were wiped out during several months of darkness that covered parts of the planet after the impact. The ash and particles from the many wildfires covered the sky which blocked out the sun. In addition to the countless fires, the impact also caused acid rain and cooler temperatures.

This constant darkness in certain regions led to countless other species going extinct. In fact, some of these areas were in total darkness for as long as two years. Photosynthesis would have been non-existent and even when the sun eventually returned, the damage had already been done. It was theorized in the 1980s that a “nuclear winter scenario” would have occurred after the impact (this included darkness) that caused some of the mass extinctions, but it’s only been in recent years that experts were able to calculate how the darkness really did affect life on our planet. 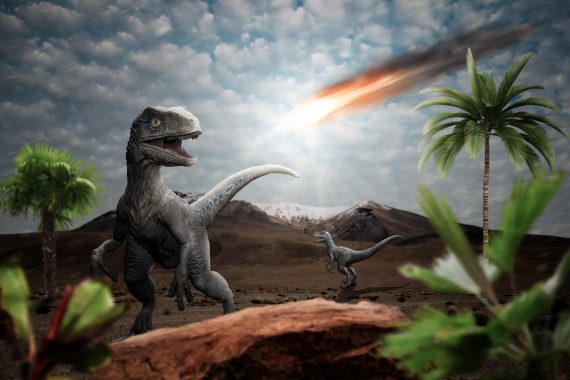 In their models, the scientists recreated the ecology during that time period and used 300 species that would have been alive – their fossils had previously been found in the Hell Creek Formation and date back to the late part of the Cretaceous Period when the asteroid hit Earth. “We focused on that region because the fossil record is well-sampled and well-understood ecologically, so we could reconstruct the paleocommunity reliably,” explained Peter Roopnarine who is a curator of geology in the Department of Invertebrate Zoology and Geology at California Academy of Sciences.

Then they exposed the model to different lengths of darkness, from 100 to 700 days and they found that it would have set in very quickly and been at its maximum level within only a few weeks. Additionally, they realized that if the darkness would have persisted for 150 days or less, the ecosystems would have been able to recover. But if it lasted more than 200 days, there would have been irreplaceable damage as “some species went extinct and patterns of dominance shifted” the scientists explained. If the darkness would have lasted between 650 and 700 days, 65% to 81% of species would have been wiped out. Based on those calculations, the areas around the Hell Creek Formation would have endured darkness for approximately two years. 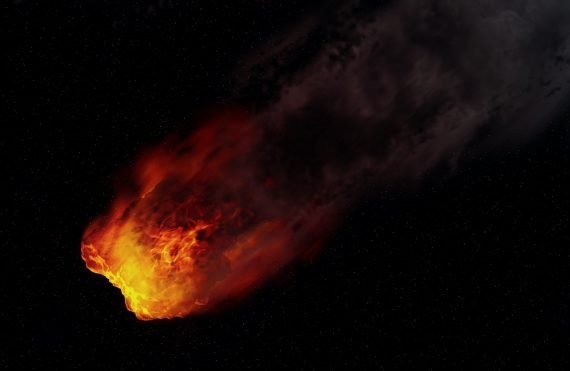 But that is only one region as Roopnarine noted in an email to Live Science, “Conditions varied across the globe because of atmospheric flow and temperature variation...” But as for the Hell Creek regions, it would have taken about 40 years for that ecosystem to begin to bounce back. It’s hard to image how much catastrophe one large impact caused.

Mysterious Booms Continue to Rattle San Diego with No Explanations