First Time a Giant Star’s Supernova Process Has Been Observed

For the first time ever, researchers from Northwestern University and the University of California, Berkeley (UC Berkeley) watched as a red supergiant star died out and went supernova. In fact, they were able to observe the star during the last 130 days of its life prior to exploding. The massive star, which was about ten times larger than our sun, was located in the NGC 5731 Galaxy which is approximately 120 million light-years away from us.

Based on previous observations, it was thought that red supergiant stars were pretty much dormant prior to going supernova; however, this latest observation has completely changed that theory. Throughout the last months before the star exploded, observations detected bright radiation from it. This means that the internal part of the star would have went through a lot of changes just before emitting gas and collapsing.

The star was first spotted during the summer of 2020 by the University of Hawaiʻi Institute for AstronomyPan-STARRS on Haleakalā, Maui. Then just a short time later, during the fall of that year, the star went supernova. Researchers were able to watch this supernova, which has been named 2020tlf (or SN 2020tlf), by using the W.M. Keck Observatory’s Low Resolution Imaging Spectrometer on Maunakea, Hawaiʻi.

Wynn Jacobson-Galán, who is the lead author of the study, discussed the significance of watching the star just before it exploded, “This is a breakthrough in our understanding of what massive stars do moments before they die,” adding, “Direct detection of pre-supernova activity in a red supergiant star has never been observed before in an ordinary type II supernova. For the first time, we watched a red supergiant star explode.”

Raffaella Margutti, who is an adjunct associate professor at CIERA and the senior author of the paper, described the moments before the explosion, “It’s like watching a ticking time bomb.” “We’ve never confirmed such violent activity in a dying red supergiant star where we see it produce such a luminous emission, then collapse and combust, until now.” 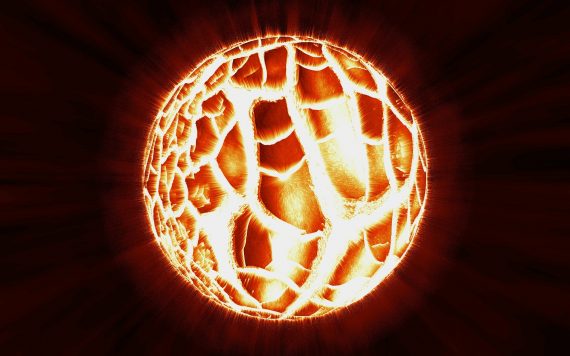 Jacobson-Galán finished off by stating how this observation will affect future research in regards to the moments prior to a star going supernova, “Detecting more events like SN 2020tlf will dramatically impact how we define the final months of stellar evolution, uniting observers and theorists in the quest to solve the mystery on how massive stars spend the final moments of their lives.” Their study was published in The Astrophysical Journal where it can be read in full.

A short video depicting the supernova can be viewed here.