For some people, the ideal place to live would e a country whose leaders promote the consumption of beer and psychedelic drugs. While that seems impossible to find today, a new study found a civilization in Peru that flourished a mere 1,000 years ago with a citizenry fueled on hallucinogenic vilca combined with a beer made from local fruit. Meet the Wari, who lived quite happily in the south-central Andes and coastal area of modern-day Peru from about 500 to 1000 CE. 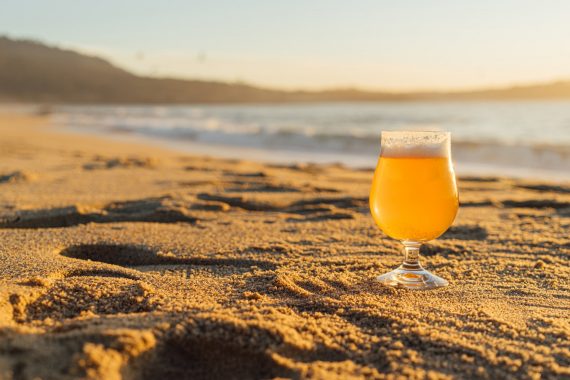 “In the pre-Columbian Andes, the use of hallucinogens during the Formative period (900–300 BC) often supported exclusionary political strategies, whereas, during the Late Horizon (AD 1450–1532), Inca leaders emphasized corporate strategies via the mass consumption of alcohol.”

In a study published in the journal Antiquity and partly funded by National Geographic, Justin Jennings, an archaeologist at the Royal Ontario Museum in Toronto and lead author, opens with the idea that ancient pre-Columbian cultures in the Peruvian Andes used hallucinogens as part of their political strategy. The beans of the vilca (Anadenanthera colubrina) tree contained bufotenine (also found in psychedelic toads and mushrooms) and was ground into snuff to be smoked or inhaled up until around 300 BCE. During the latter pre-Columbian era, the leaders used a beer-like alcoholic beverage called chicha brewed from the fruit of the Schinus mole evergreen tree. Somewhere in the middle, a switch occurred – and the researchers traced it to Quilcapampa, an outpost of the Wari built during the 9th century CE.

“Using data from Quilcapampa, the authors argue that a shift occurred during the Middle Horizon (AD 600–1000), when beer made from Schinus molle was combined with the hallucinogen Anadenanthera colubrina. The resulting psychotropic experience reinforced the power of the Wari state, and represents an intermediate step between exclusionary and corporate political strategies.”

What little is known of the Wari shows they began as an autonomous state, but later incorporated other cultures, either peacefully through religious conversion and sharing knowledge, or by warfare. Previous research did not show the Wari using vilca, but the new study found remnants of both vilca and chicha … although not the traditional paraphernalia for using vilca as snuff. Instead, it appears the two were mixed and drank in a psychedelic/alcoholic combo at celebrations with other civilizations.

“The ability to provide a feast for guests has powerful social, economic, and political connotations. Hosting a feast involves giving away food and other resources to guests. This can provide a lot of social and political clout for a host, whose guests witness the economic abilities of the host to provide the feast (remember, there is no grocery store to go buy food). Who is invited, what is served, who eats what and how much, and many other aspects of feasts create a politically charged atmosphere."

First author Matthew Biwer, an archaeologist at Dickinson College in Pennsylvania, tells Gizmodo how the drug/alcohol drink shaped the political landscape of the time. However, the cocktail seems to have disappeared with the Wari – centuries of drought collapsed the civilization by 1000 CE, allowing a territorial takeover by the Inca, who preferred their chicha sans vilca.

There are obvious differences between people under the influence of psychedelics and those consuming alcohol – tranquility versus aggression is an example. Would sticking with vilca or the vilca/chicha combo have helped the Inca empire survive? Would turning the invading Europeans on to vilca have fostered peaceful cooperation rather than complete conquest? The study concludes with this:

“Shifts in psychoactive use similar to those in the Andes were almost certainly a fundamental part of the political process in other parts of the world.”

History turns on the way a culture gets high.

A UFO Saga Worthy of Nothing Less Than Hollywood Treatment!