There are huge pyramids in Egypt and other places around the world, but there’s only one Great Sphynx (the one on the photo above) … or are there more? Not one but TWO giant sphynx statues were discovered recently in western Luxor – proving that Egypt’s sifting sands have many submerged secrets yet to be seen.

“The Egyptian-German archaeological mission headed by Dr. Horig Sorosian succeeded, during the current archaeological season, during the ongoing work of restoring the statues of Memnon and the funerary temple of King Amenhotep III, known as the “Temple of Millions of Years” on the western mainland in Luxor, in revealing a group of huge stones for two royal statues in the form of the Sphinx. and the goddess Sekhmet, in addition to revealing the remains of walls and columns decorated with ceremonial and ritual scenes.”

The Egyptian Ministry of Tourism and Antiquities announced the discovery of two 26-feet-long “colossal limestone statues” of King Amenhotep III in the form of a Sphinx in a back area of the once-enormous mortuary temple of Amenhotep III, which was ironically called the Temple of Millions of Years – it was destroyed by an earthquake 200 years after his death in 1350 BCE. (Photos can bee seen here.)

“Dr. Horig Sorosian, head of the mission, emphasized the importance of this discovery, as the discovery and discovery of two huge statues in the form of the Sphinx confirms the presence of the beginning of the procession road, which lies between the third edifice of the temple and the courtyard of the columns, in which the celebrations of the Beautiful Valley Festival were held every year.”

Having a long life and a peaceful 39-year-reign, Amenhotep III had plenty of time to build his temple honoring himself – the "the beloved of the god Amun-Ra" as attested by an inscription on the chest of one of the sphinx statues. At 26 feet (8 meters) in length, these sphinxes of Amenhotep III were huge, but would still be dwarfed by the Great Sphinx of Giza – which measures 73 meters (240 feet) long, 20 meters (66 feet) high and 19 meters (62 feet) at its widest point. However, their size vaults them into a tie for the #2 spot on the list of largest sphinxes with the so-called "Alabaster Sphinx" of Memphis, discovered in 1911 buried in the ruins of the Great Temple of Ptah at Memphis and still unidentified. Rumors of the discovery of a sphinx the size of the Great Sphinx circulated in late 2021 but the were denied by the Egyptian Ministry of Tourism and Antiquities.

“This is in addition to the discovery of a number of inscriptions on a sandstone wall with scenes representing celebrations for Valentine’s Day - a dam and a small black granite statue of an employee sitting perhaps next to his wife. Studies have indicated that it is likely that this statue dates back to the post-Amarna period when the works continued Restoration in this temple by artists and writers.”

No, not THAT February 14th Valentine’s Day – Egypt has its own day of love celebration on November 4 which this press release dates back to the post-Amarna period starting in 1332 CE with the reign of Tutankhamun. Not called “Valentine’s Day” back then, it seems to have been popularized in the 1950s, possibly as a modern Islamic alternative to the Christian capitalistic chocolate-consuming celebration, although Egyptians also celebrate that one. 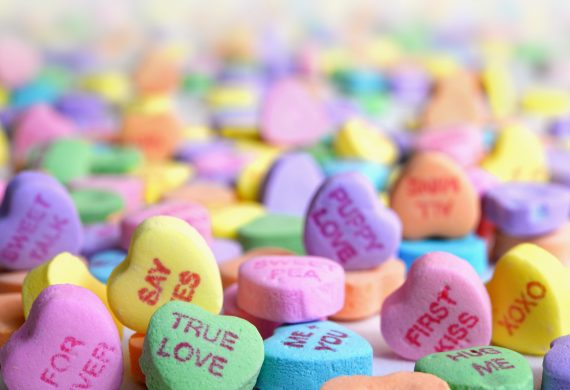 Dr. Horig Sorosian announced that all of the statues and pieces of statues, columns and other remains will be grouped with those found previously at the site and eventually be displayed in their original locations in the places in the Temple of Millions of Years for historians, Egyptologists and tourists to view.