Recent studies of ancient ice cores from Greenland and Antarctica revealed that there was a massive solar storm approximately 9,200 years ago. The study, which was conducted by a research team that was led by Lund University in Sweden, showed that the mysterious solar storm happened during a time when the sun was actually rather quiet.

This new information baffled experts as solar storms are thought to occur when our sun is most active during its sunspot cycle. However, the fact that a massive storm happened during a quiet solar time put that theory into question.

The discovery was made when experts studied drill cores, looking for rising amounts of radioactive isotopes beryllium-10 and chlorine-36 which are present in sediment and ice from when our planet is hit with high-energy cosmic particles. Raimund Muscheler, who is a geology researcher at Lund University, stated, “This is time consuming and expensive analytical work. Therefore, we were pleasantly surprised when we found such a peak, indicating a hitherto unknown giant solar storm in connection with low solar activity.” 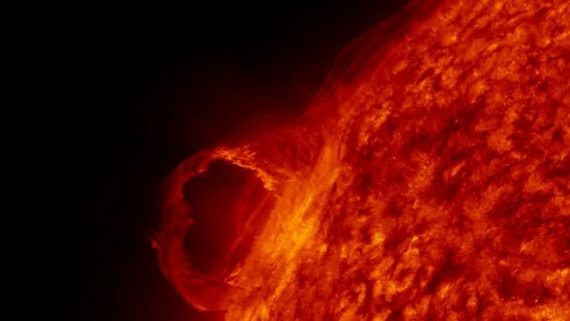 To put this significant event into better perspective, if a solar storm of that magnitude were to occur in modern times, the effects on our planet today would be drastic. It would cause power outages, numerous communication systems would go down, and there would be radiation damage to our satellites.

“These enormous storms are currently not sufficiently included in risk assessments. It is of the utmost importance to analyze what these events could mean for today's technology and how we can protect ourselves,” Muscheler noted.

The study was published in Nature Communications where it can be read in full.

While this was a massive solar storm that occurred almost 10,000 years ago, it isn’t the only large storm that has been discovered and reported. Back in 2019, it was revealed that a huge solar storm hit our planet about 2,600 years ago and was around ten times stronger than any in modern times. 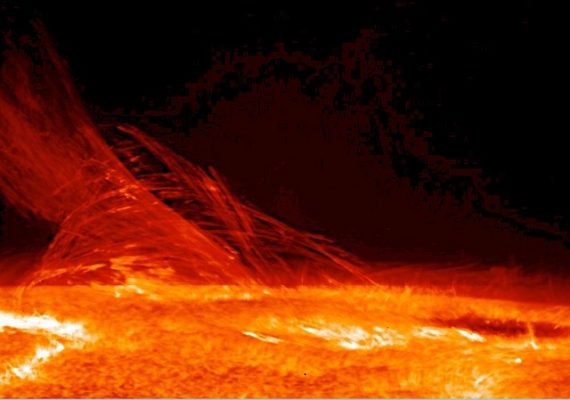 There have been several documented massive solar storms that have hit Earth in the past, such as the Carrington Event that happened in 1859. If an event that like that were to happen today, power outages could last weeks, months, or even years. An even stronger storm occurred around 660 BC based on the discovery of radioactive atoms that were found in ice from Greenland. Another strong one happened sometime between 993 and 994 AD, while the strongest known solar eruption to have ever occurred was between 774 and 775 AD.

Let’s hope that massive solar storms like the ones I just mentioned don’t happen any time soon.