A 2,000-year-old skull belonging to a Peruvian warrior that contains a metal plate is one of the oldest examples of advanced head surgery. The skull, which is currently at the Museum of Osteology in Oklahoma, was from a man who sustained a severe injury during battle that required extensive and advanced head surgery. The metal plate was inserted into his skull in order to fix a fracture.

In an interview with the Daily Star, experts revealed that incredibly the man survived the surgery, which proves that ancient humans were very capable of performing advanced and complicated surgeries.

Interestingly, the individual had an elongated skull which was a common type of body modification during ancient times. The skulls would have been elongated by either binding them with tight cloths or putting them between two wooden pieces for extended periods of time. As for why some people had elongated skulls, it could have been to represent elite social status, or perhaps as a defense mechanism.

“This is a Peruvian elongated skull with metal surgically implanted after returning from battle, estimated to be from about 2000 years ago. One of our more interesting and oldest pieces in the collection,” the museum stated. “We don't have a ton of background on this piece, but we do know he survived the procedure.” “Based on the broken bone surrounding the repair, you can see that it's tightly fused together. It was a successful surgery.”

The region in Peru where the skull was initially found was known to have had numerous surgeons who performed complicated skull surgeries on those who were injured during battle from weapons such as slingshots. The surgeons would make a hole in the skull without using any type of anesthesia or even having sterile surgical instruments. It’s unclear as to what the surgical tools were made of, but it is believed that they were created from gold or silver. 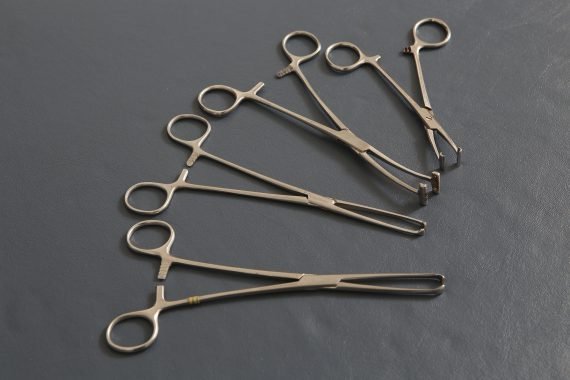 In a previous interview with National Geographic, John Verano, who is a physical anthropologist at Tulane University, explained, “They learned early on that this was a treatment that could save lives. We have overwhelming evidence that trepanation was not done to increase consciousness or as a purely ritual activity but is linked to patients with severe head injury, [especially] skull fracture.”

Pictures of the skull with the metal plate can be viewed here.

First a Pig Heart, Now a Pig Kidney Has Been Transplanted in a Human