More on the Mystery of Those “Strange Booms” in the Skies

Over the years - decades, in fact - people have reported cases of what can only be termed mysterious "booms" in the skies. Quite what or who is responsible for these rumbling in the air isn't clear. Indeed, we can't even be sure there is only one reason for all of this. Good friend, Pennsylvanian Stan Gordon informed me of the latest cases just a few days ago. Before we get to those reports, however, let us look at some of the earlier reports. Such are the numbers of reports presently on file, the mystery can be termed an absolute phenomenon. As Medium note: "In 1978, the tiny remote community of Bell Island, Newfoundland was rocked by a sudden ear-splitting explosion that seemed to have no precise epicenter and no discernible source. The phenomenon reportedly electrocuted livestock, melted power lines, and manifested floating balls of fire." Theories abounded for what happened. And, they still do. Now, let's take a look at some other cases. Back in 2016, our very own Paul Seaburn wrote an article titled "Another California Town Hit by Mysterious Daily Booms." Check it out:

As Paul wrote: "What is it with California and mysterious booms, loud noises and explosions? After residents of Alhambra recently reminded the rest of the country that they’ve been hearing unexplained explosions at a rate of 20 per month since February, their fellow Californians in Sonora topped them by revealing that they’ve been experiencing strange loud noises daily between 11 am and 2 pm for at least a year. Is there a connection? Is there an explanation? Is it time to move to Oregon?" Paul also said: "Those looking for a conspiratorial cause for the booms point to Sonora’s proximity to Area 51. However, ''proximity' usually means a distance less than 350 miles, the distance to Area 51 in Nevada. That doesn’t necessarily eliminate UFOs as a cause. Sonora is one corner of California’s Triangle Alley, a three-sided area known for UFO sightings, including one in April 2016 and another in January 2015. However, those don’t explain the other hundreds of regular daily booms over the past year." Now, let's look at another strange example of weirdness in the sky

Brett Tingley, in August 2018, penned a a feature with the heading of: "Mysterious, Unexplained Booms Heard Near Oak Ride National Laboratory." He said: "The boom, whatever it was, could be heard throughout the greater Charleston area. Meteorologists assured social media users that there were no earthquakes or thunderstorms in the area and that the sound was likely caused by military training exercises taking place off the coast. Could sonic booms be to blame? Could the recent spate of booms nationwide imply increased military exercises or testing?" The questions were, and still are, fascinating. Perhaps inevitably, however, the booms very often remain mysterious - and intriguing, too. All of this brings us back to a fascinating report from the aforementioned Stan Gordon, the author of a number of books, including Silent Invasion, an excellent, regional study of the Bigfoot phenomenon. That brings us to the data that Stan has generously shared with us. He says: 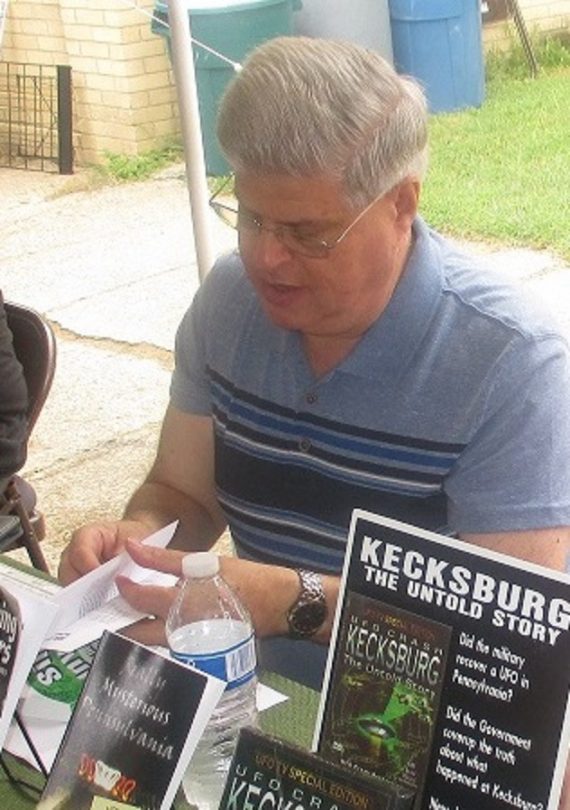 Stan says: "The first incident occurred on December 31, 2021, around 1:30 PM. From the information I am receiving, that boom was heard and felt from Latrobe throughout the Derry area. I have been told that many people in communities along that area of the Chestnut Ridge and into Indiana county also felt it. One couple near Derry were sitting in their living room when they felt and heard the boom. They ran outside thinking a car had hit their house. There were other reports from as far away as Allegheny and near Armstrong county. One witness who contacted me was a former combat engineer who worked with explosives and stated that what he heard 'was not normal.'" And here's the next part of the story from Stan: The second Incident occurred today at about 11:30 AM. I am hearing about reports from widespread areas from Westmoreland , Allegheny and Armstrong counties. I was told there were social media reports of the boom as far away as Beaver County. And, Stan also adds: "I am continuing to receive reports of other unusual activity in recent weeks from throughout the Pittsburgh area and other sections of the state including UFO sightings."

Like so many mysteries, this one - of the Booms - has lasted for decades, but it still eludes 100 percent understanding. So far. Keep a look-out for the latest Pennsylvania "boom" reports. Stan will be right on top of them.