Lost treasures have long had a certain allure to them. Across cultures there has always been that fascination with the idea that some vast hoard of wealth has just managed to disappear and may be sitting out somewhere just waiting to be found. Some people have become obsessed to the point of spending their whole lives trying to hunt these down, sometimes with success, but more often left frustrated by a prize that continually eludes them. Many regions have their own tales of lost treasure, and here we will look at some of the more well known ones from the mysterious land of India.

One of the most fabled and sought after lost treasures of India is that of Mir Osman Ali Khan, last and seventh Nizam of the Asaf Jah dynasty of Hyderabad, which was the largest princely state in British India. For nearly three centuries, Hyderabad State was ruled by the Nizams, and Khan was the last of them, ruling the Kingdom of Hyderabad from between 1911 and 1948, until India invaded and annexed Hyderabad State. During his reign, Mir Osman Ali Khan helped to introduce electricity, railways, roads, reservoirs, airports, and public institutions to the region, to the point that he was often called the “Architect of modern Hyderabad.” He was also filthy, stinking rich.

To give an idea of the wealth held by Mir Osman Ali Khan, his impressive collection of gems and jewelry included, in part, 25,000 diamonds, pearls the size of quail eggs, a set of 22 Colombian emeralds weighing 413 carats, a necklace comprised 226 diamonds weighing nearly 150 carats, the Nizam’s diamond that weighed 400 carats and was supposedly the second largest diamond in the world, and the Jacob Diamond, also known as the Imperial or Victoria Diamond, which weighs 184.5 carats, was the fifth largest diamond in the world, and which he used as a paperweight. On top of this were countless other pieces of jewelry, gems, and he even had his own mint, printing his own currency, the Hyderabadi rupee, and had a private treasury full of gold and silver. He was named the richest man in the world by Time Magazine in 1937 and is indeed considered to be one of the world's wealthiest people of all time, with an estimated personal fortune of around $34.9 billion in today’s dollars, or about or 2% of the US economy GNP at the time, and since much of his vast jewelry collection was never audited, some estimates put it even higher, as high as $230 billion. It can’t be confirmed if he had a swimming pool filled with gold coins like Scrooge McDuck, but it would not be surprising and we must assume that he did. The guy was loaded.

Khan was so completely infused with and constantly surrounded by mind-boggling wealth that he was often said to have no real normal appreciation of it, numb to how valuable all of this was. Besides keeping one of the largest diamonds in the world as a paperweight on his desk, he was also said to use priceless gemstones as marbles, leave jewels or gold just lying around cluttering his office, and he never cleaned off his collection, allowing it all to gather a film of dust. He was so incredibly rich that to him this was all just stuff. When Mir Osman Ali Khan died in 1967, there was immediate squabbling over his estate, but weirdly this vast fortune just sort of disappeared and no one is quite sure where it went. It is thought that much of it could have been looted, but there are also rumors that the Nizam had it hidden within secret chambers under King Kothi Palace in Hyderabad where he lived most of his life. The Indian government launched a vast search for the treasure, in particular the Nizam jewels, but only a fraction of it was ever recovered. Numerous treasure hunters have scoured the region to come up empty handed and no secret chambers have ever been found. Where did all of that treasure go? Was it stolen, hidden, or what? It remains unknown and no one has seen it since, despite many hunts for it.

Another famous lost Indian treasure tied to a rather mysterious figure from history is that of the man known as Nana Saheb, an Indian Peshwa of the Maratha empire who is notable for being one of the main leaders of the War of Independence of 1857. Under his leadership, the revolutionaries became a real thorn in the side of British forces, and they began a massive campaign to hunt him down even as he continued to launch attacks against them. One of Nana Saheb’s notable victories, and also a showcase of his ruthlessness, was when he forced the British garrison in Kanpur to surrender, before ruthlessly massacring the survivors to send a message. When his forces were defeated during the battle of Bareilly, he went into hiding, defying all efforts of the British to track him down. After that he seems to have just vanished into thin air, and was never seen again. It also seems that his vast fortune also vanished.

In addition to Nana Saheb’s mysterious disappearance, there was also the fact that much of the considerable wealth that he had amassed and kept hidden away within one of the seven deep wells inside his palace was just suddenly gone. When British forces went through the palace searching for this treasure, they found a gold plate and some gold and silver coins packed away in ammunition boxes, but the vast majority of it was nowhere to be found. This led to rumors that he had managed to sneak in past the British looking for him and make off with his hoard of treasure, before escaping off into the sunset, likely headed to Nepal. There were indeed accounts of witnesses who said they had seen Nana Saheb crossing into Nepal with eight elephants laden with gold and jewels, but it is unknown what really happened to him and the theories have flown ever since. One is that he passed into Nepal or China and lived out the rest of his days under the radar, and there are accounts that seem to support this. One intriguing account appears in Andrew Ward’s Our Bones are Scattered, and reads:

In 1895, when Nana Saheb would have been 70 years old, an addled old man dressed as a sadhu was found in a station in Gujerat, staggering around the bazaar, pestered by children. He was placed in protective custody, where he confided to a young British police officer that he was the Nana Saheb and wished to place himself under the protection of the king of Nepal. The police officer eagerly telegraphed district headquarters. ‘Have arrested the Nana Saheb’, he declared. ‘Wire instructions.’ ‘Release at once’, came the weary reply. 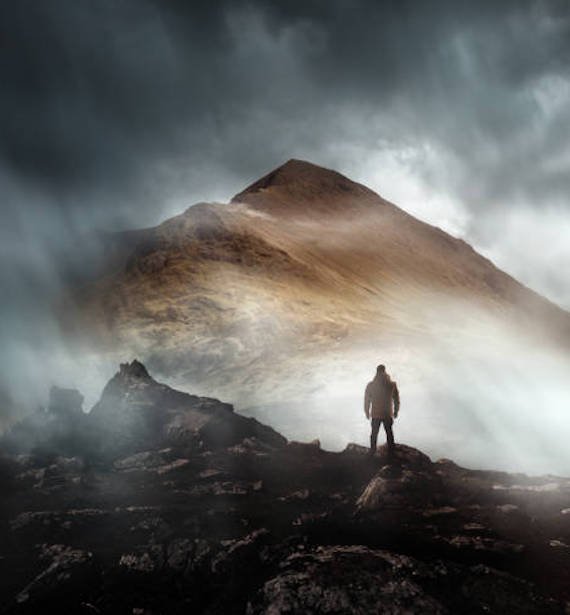 There were other stories from Nepal as well. In 1881, two of Nana’s servants returned home to Bithoor out of the blue and claimed that their master had just died in Nepal. Another report said that he had been killed by a tiger in Nepal, but there was no evidence that this was anything more than a tall tale. Another theory is that he actually went to Russia, and in in 1887 there were rumors that he was actually planning to amass a force of Russian soldiers and invade India, something that never came to pass but which stirred quite a lot of panic. Still other theories are that he became a holy man or an ascetic living in a cave, or that he went to Mecca, and of course there is the idea he may have hidden his treasure away to keep it out of enemy hands before being captured and executed by the British. There were sightings of Nana Saheb all over the place until well into the 20th century, but to this day no one knows what really happened to him or where his treasure went, which is estimated to be worth billions of dollars, and it has gone on to become one of the great unsolved mysteries of the British era.

Another famous lost treasure revolves around a place rather than a person. The Jaigarh Fort, in Rajasthan, was built between the 15th and 18th centuries for the protection of Amer Fort and Nahargarh Fort, to which it is connected by subterranean passageways, and for its strategic location upon a mountain hill in the Arveli ranges. It is an imposing structure, surrounded by fortified red sandstone walls and towers and sprawled out over a 3 km by 1 km area. It is famous for the Jaivana, the world’s largest canon on wheels, which boasts a 20.19 ft barrel with a diameter of 11 inches, and weighs 50 tons. At one point the fort was used as the royal treasury, and it was also said that it was the hiding place for a huge load of treasure stolen from Afghanistan during a successful campaign to conquer the region by the general Man Singh I in 1581. The treasure was said to be truly vast, worth billions of dollars in today’s money, and after it was hidden away within the fort no one is quite sure what happened to it. 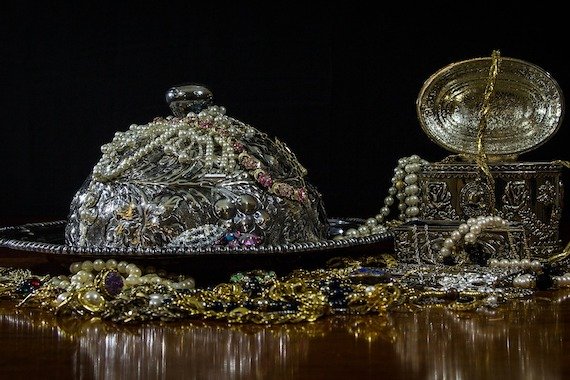 For years there were those who went in search of this hidden treasure in the fort, and attention was drawn to the tale of the fort's loot in 1977, when the 3rd prime minister of India, Indira Gandhi, launched a massive search operation of the premises to allegedly try and find the lost treasure. For three months the Army swarmed over the fort, and since the National Emergency that was going on at the time granted her unchecked powers and her main nemesis, politician Gayatri Devi, was in jail, Indira Gandhi was able to do this unfettered and without resistance. The rumor was that she was searching for the rumored treasure and had found it, with this theory spreading quickly in the news. This started some political friction with Pakistan, who laid claim on half of any treasure that had been in the fort from the time the two countries were one. Gandhi would deny that they had found anything, in the end claiming that there had been no treasure seen anywhere on the premises and the operation had been called off. Although there is no evidence for it, the conspiracy theories go that in fact they did find the lost treasure of Jaigarh Fort, and that it had been secretly spirited away aboard military convoys. Indeed, after the search officially ended, roads were mysteriously closed, military convoys went back and forth, and a curfew was imposed near the fort area, all of which were never officially explained. To this day no one knows where the treasure of Jaigarh Fort went, and it has remained a stubborn unsolved mystery of India.

Lost treasures continue to hold the imagination, and they will always beckon to us from the wilds of our world, sitting out there somewhere for the taking, yet eluding all efforts to find them. It would seem that India, along with its other myriad mysteries and wonders, has its fair share of these. Where did these treasures go and what became of them? Are they still out there, hidden and waiting to be found? We may never know, but they promise vast riches to anyone who ever manages to stumble across them.

The Cryptoterrestrials: Ancient Humans Hiding Among Us?