Machu Picchu – everyone’s favorite Inca site high in the Andes mountains of Peru – is one of those onion-style archeological sites that keeps revealing new features as mysterious layers are peeled away. The year 2021 ended with a major ‘peel’ for the site as LiDAR-equipped drones helped find 12 previously unknown small structures in Machu Picchu National Park which help identify the caretakers of the complex back in the 15th century. The LiDAR also revealed previously unknown canals that show how the Incas controlled water – a feat they believed was a ‘superpower’ granted to them by the gods.

As described in a new study published in the Journal of Archaeological Science, a team of researchers from the Center for Andean Studies at the University of Warsaw and the Wroclaw (Poland) University of Science and Technology focused new efforts on Chachabamba, a ceremonial water complex surrounding the Machu Picchu citadel that both demonstrated the power of the Inca peoples and offered pilgrims ritual baths, gardens and fountains. Using data from drones with lidar (light detection and ranging) systems flying very low over the dense vegetation covering much of Chachabamba, they found 12 small structures that appeared to be homes of those who were responsible for the amenities of Chachabamba.

“There are indications that it was mainly women who looked after the complex. as suggested by objects discovered during previous excavations by a Polish-Peruvian team.”

Dominika Sieczkowska from the Center for Andean Studies told Heritage Daily that despite the ornateness of Machu Picchu and Chachabamba, the homes of the female caretakers were plain … some things never change. The hydraulic systems of Chachabamba were functioning until mudslides destroyed part of it in 2012 and the area became overgrown. The LiDAR drones and computer simulations from their data helped the researchers see just how sophisticated the system was when operational and impressing the enemies of the Incas. 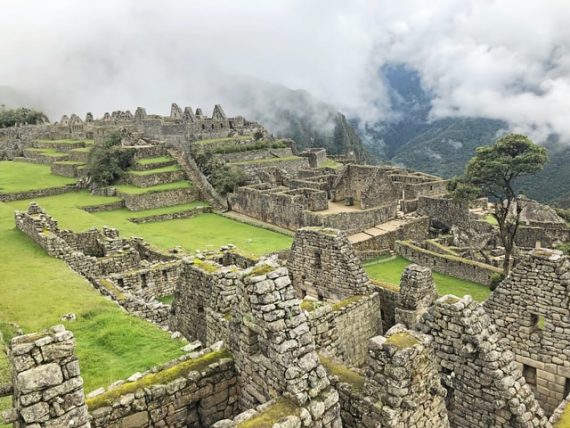 “Part of the system was destroyed, and the current study was conducted to answer such unknowns as how much water flowed through the system, which watercourse flowed into the system, and how fast. The light water flow evinced in the researchers’ lidar images is part of the basis for their conclusion that the site’s use was ceremonial rather than functional, supplying residences with water.”

Artnet News explains that researchers now know the power water played in the reputation of the Incas as they conquered other cultures from Argentina to Ecuador – and Chachabamba was the center of that power. And yet, we now know the caretakers of such power were women, not men. This fits in with the belief of some historians that men and women held equal stature and equal responsibilities in Inca society – a practice looked down upon by the invading Europeans because women had no such stature in their societies.

One wonders how different things might have been if the Europeans tried to learn from the Incas rather than conquer them.

Chunky Dinosaur With an Exceptionally Long Neck Identified in China