This story may sound like a joke whose punchline is: “Well of course they can count – they’re always in schools!”, but it involves an actual scientific study that more properly belongs in the “What could possibly go wrong?” file. Researchers at Italy’s University of Trento have determined that banded archerfish – best known for their killer spitting ability (more on that later) – can actually count and differentiate between numbers. What do banded archerfish have to count? Will they be upset now that humans know their secret ability? Just how lethal is this spitting ability? 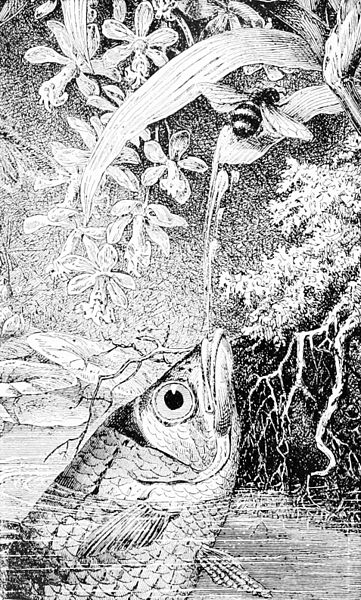 In a study published in the preprint journal bioRxiv, Dr. Davide Potrich, lead author and cognitive scientist at the University of Trento, details his research on banded archerfish (Toxotes jaculatrix), a species found in brackish Indo-Pacific river mouths and mangrove swamps. The “banded” part of their name comes from the four to six broad black bars seen on their otherwise silver 12-inch-long bodies. Their eyes are positioned for binocular vision, which helps them become accurate “archers” -- banded archerfish have evolved mouths capable of spitting jets of water from 150 cm 59 inches) to as far as 3 meters (9.8 feet) away with a force capable of knocking flying insects out of the air. The speedy archerfish are capable of reaching most wounded insects within 100 milliseconds … an ability which comes in handy since they hunt in schools in order to increase their odds of hitting their prey.

Can they figure out odds too?

"The stimuli to discriminate consisted of two groups of dots with different numerosity. Every trial started with the appearance of a blinking black square (1.6 cm, three blinks of 100 milliseconds) at the centre of the screen to catch the fish’s attention towards the screen. Then, the two training stimuli were displayed one next to the other (distance 7 cm) on the two sides of the monitor. Only one of the two numerosities was rewarded with a food pellet when hit, while the choice for the incorrect stimulus caused the stop of the trial, which in every case, in absence of choice, was stopped after 5 minutes."

The fish were trained to spit at dots on a monitor above their tank. The software randomly changed the size of the dots, their arrangement, and other aspects. Potrich says he and his team were surprised to observe that the fish were able to distinguish between the numbers no matter the variations and showed “evidence of the spontaneous use of abstract relative numerical information in archerfish for both small and large numbers.”

How does this help the banded archerfish? Potrich explains the “development of a “sense of number” is associated with fundamental biological needs that helps them estimate how many other archerfish or predators are around, and how much food is present in different areas – tools that are obviously helpful for their survival. The study specifically showed that the banded archerfish have the capacity to distinguish between big and small numbers and apply that ability in general.

It doesn’t appear that the ability to count helps banded archerfish improve their spitting distance or accuracy, nor does it help them figure out how many there are of their ultimate enemy – humans collecting them as tropical fish.

Bizarre Cases of Bigfoot and Portals to Other Dimensions