The Strange Tale of the Cursed Village of Voices

Some creepy old abandoned villages really seem to attract to them some odd tales. In 1778, two English colonists by the names of Johnathan Randall Esq. and Obediah Higinbotham evacuated their homes on the coast of Cranston, Rhode Island, in anticipation of a British attack during the Battle of Rhode Island of 1778, and settled on land in Pomfret, Connecticut, where they would start a company called Higginbotham Linen Wheels, which supplied the surrounding areas with flax spinning. This would become the foundations of the rather humble village of Bara-Hack, a Welsh term loosely translated as “the breaking of bread.” It was a modest settlement, with just a few homes and farms, slave quarters, a community graveyard, a water wheel-powered textile mill, and not much else. It was more a collection of a few homesteads than the definition of a true village, the people here leading a simple, quiet life. However, dark days were ahead for this peaceful hamlet, and it would go on to gain a reputation as a deeply haunted, possibly even cursed place.

After the death of its founding families, the mill began to fall into disrepair and the community withered away, until by sometime after the Civil War it was completely abandoned to become a feral, weed choked collection of ruins ripe for spooky stories. Yet, tales of supernatural occurrences in Bara-Hack were doing the rounds long before it became a dead husk. It seems to have started in the late 18th century, with whispered rumors among the slaves on the property that there were shadow figures lurking about the area, as well as gremlin-like creatures around the size of small children and a ghostly baby, however, the tales really picked up with the abandonment of the settlement later on. 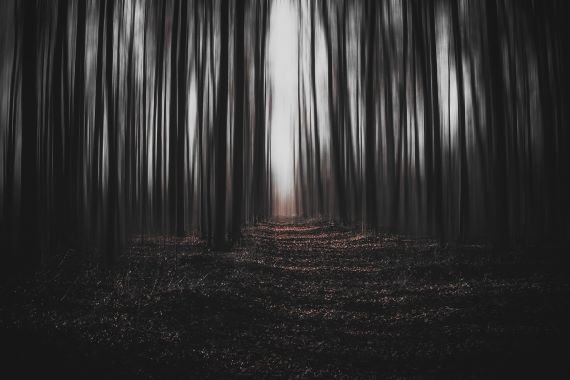 With the people gone and nature encroaching in to reclaim the land, all manner of eerie stories began to pop up about the decaying remnants of this creepy place. People snooping around the property would come back with stories of shadowy apparitions, the ghost of a bearded man, and the spirit of a very small child, as well as orbs and strange streaks of light dancing over the cemetery, but the most persistent phenomenon is all the damn noise. Witnesses all the way to the present have described hearing disembodied talking, laughter, crying, screaming, the sound of wagon wheels scraping over the earth, the sound of the old mill creaking and turning, and farm animals, as well as less definable anomalous sounds. On occasion, the ruins allegedly come to life with the din of all manner of noises that make it seem almost as if it is still a living, thriving village, the sounds of normal life echoing over the dead ruins and weeds, to the point that it has been nicknamed the “Village of Voices.” In 1927, Odell Shepard, a professor at Harvard and Radcliffe College, took a look at this forsaken place, and would write of it:

Here they had their houses, represented today by a few gaping cellar holes out of which tall trees were growing; but here is the village of voices. For the place is peopled still although there is no habitation. Yet there is always a hum and stir of human life. They hear the laughter of children at play. They hear the voices of mothers who have long been dust calling their children into their homes that are mere holes in the earth. They hear snatches of song… and the rumble of wagon wheels along the old road. It is as though sounds were able in this place to get around that incomprehensible corner to pierce that mysterious soundproof wall that we call time.

Of course, such stories have drawn the attention of ghost hunters since way back, and some of these expeditions stand out as particularly odd. In August and October of 1971, paranormal researcher Paul Eno carried out an investigation of the property and would not come away disappointed. Eno’s book Faces at the Window would say of this investigation:

They made their way to the village, where they were immediately struck with several strange phenomena: They felt an overwhelming sense of depression in the area; they heard the constant barking of dogs, lowing of cows and the occasional human voice; and they noticed the complete absence of birds, which was rare for that time of year. After two and a quarter hour of exploration, the group left and came back at 7:15 that evening. As they set up their recording equipment, they individually began to hear voices - voices coming from the Mashomoquet Brook, which ran through the village. The voices were of laughter - the laughter of children. The team returned again on October 30th and 31st with new team members, to assure themselves that what they heard wasn't a group delusion. It turned out to be a very eventful evening. At dusk, the group lost its way while walking towards the burying ground. They all knew the way, but not one of them could find it. Exasperated, they turned to find one of their new team members frozen in place. He couldn't move forward and to the left, and was sweating and breathing shallowly. All of the members of the team tried to move him, but he would only move towards the right and backwards - what they later would learn was AWAY from the cemetery. 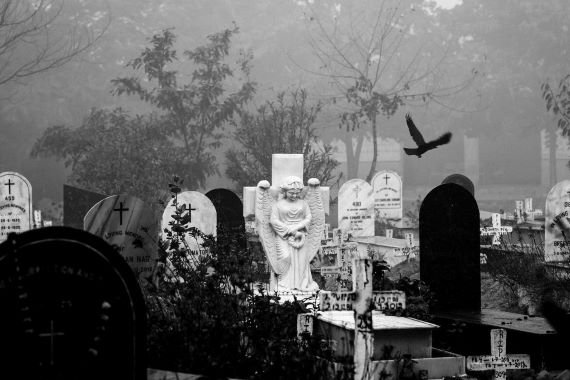 Other paranormal investigators since then have frequently reported the same sort of phenomena, and the ruins of Bara-Hack have attained an almost legendary status in the area as a place very active with paranormal activity. Unfortunately for those willing to brave this place, the ruins eventually became private property and were closed to the public, dotted with “No Trespassing” signs to keep all of the would-be ghost hunters and curiosity seekers out. Since no one can really get any access to the site now, it is hard to say what could be going on here and we are left to wonder why this place should attract so many stories. Is it just urban legend or something more? One idea is that this stems from the land being cursed by the Native Nipmuc people, who originally held this land before being booted out by white settlers. Another is that this place is a sort of thin spot between alternate realities, and that what is being seen and heard is what is happening in a parallel dimension in another place and time. Still other ideas call this a time slip, or a case of a residual haunting, in which events from the past are somehow  engraved into a place like images on film. Whatever is going on here, it is some pretty creepy stuff, and a place lost to time and lurking out in the fringes of the unknown.