A Mysterious Cult and the Exorcism Murders of Japan

Japan is renowned for being one of the safest countries there is, with one of the lowest violent crime rates in the world. Yet sometimes a very odd and sinister case will pop up. Our story here begins with a rather unassuming woman. By all accounts the woman known as Sachiko Eto had a fairly normal life. Upon graduating high school, she married her sweetheart and moved into a nice place along the Abukuma river in the Tōhoku region of Japan. She had a job in cosmetics sales and her husband was a paint craftsman, and for a while they had a rather ordinary, some might even say mundane, life. However, dark days were ahead, and Eto’s life was about to spiral into a dark world of cults, exorcism, and murder, to become one of the most shocking cases the country has ever seen.

It began in 1990, when Eto’s husband injured his back and stopped working, spending most of his time drinking, gambling, and getting them further into debt. Forced to sell their home, the couple moved down to Gifu prefecture, where they got involved with a religious organization and practice called “Ogamiya-san,” which is linked to Shinto and is heavily involved in spiritual faith healing. This didn’t last long, as the couple began using the name the organization's headquarters without permission and were subsequently kicked out. After this, Eto’s husband suffered a sort of mental breakdown and vanished without a trace in 1992. From here, Eto’s life would truly derail into the strange.

With the disappearance of her husband, Eto was left to care for her daughter alone, and began to go a bit off the deep end. She moved to Sukagawa, in Fukushima prefecture, about 100 miles north of Tokyo, and began performing spiritual healings, proclaiming herself to be a healer and a psychic. As she started to attract a group of regular devotees, she started making more grandiose claims, such as that she was in fact a god and that she had the power to drive away demons. Her number of followers only grew with these fantastic claims, with people coming to her home from far and wide to see her and seek her services. Neighbors began to complain of the cars parked along the street and the sound of chanting and the tapping of a taiko drum at all hours of the day and night, but they were too afraid of Eto to do much about it. When one neighbor complained to her directly, Eto allegedly threatened to hypnotize her and cause her to lose the function of her hands and feet.

After a while, there were over a dozen believers and their family members living at Eto’s home, and throughout all of this, Eto’s various rituals were increasing in violence. There was one ritual in particular that Eto claimed was for the purpose of driving out demons and “to kill the dirty body and purify the soul” and drive out what she called “the ugly devils,” and which involved chanting and using taiko drum sticks to beat followers senseless. She often employed her daughter, Yuko to help her with this, and things seem to have escalated rather quickly. When Eto fell in love with one of her followers, a man named Yutaka Nemoto she became intensely jealous when another woman made eyes at him, and subsequently accused her of being “possessed by a bad fox,” having her beaten almost to death, and these beatings became a common technique used to drive the demons away and keep people in line. It was one of these beaten followers who would end up opening the door to just how depraved and sadistic Eto’s little cult had become.

In June of 1995, one of Eto’s followers was hospitalized from serious injuries incurred from one of the ritual taiko drumstick beatings, and also claimed that her husband had mysteriously vanished after visiting the home. Police became curious as to what was going on at the house, and when the home was searched, authorities were shocked to find a total of 6 decomposing corpses between the 1st floor and 8 tatami mats, 2 men and 4 women, with some of them mummified and wrapped in futons. All of the bodies had been there for several months, and were in a state of advanced decomposition, but it was found that they had all died from being beaten in Eto’s rituals. Eto, her daughter, Nemoto, and another follower named Mitsuo Sekine were all arrested and charged with the deaths, and ironically the woman who had survived the beating and reported it all was also arrested for having joined in the beatings that had led to the deaths. As for why the bodies had been left there to rot, Eto explained that “Since the soul was not dead, we left them alone.” Indeed, her and her followers seemed to believe that the bodies would rise once again when the stench had gone away, merely in a sort of state of hibernation. 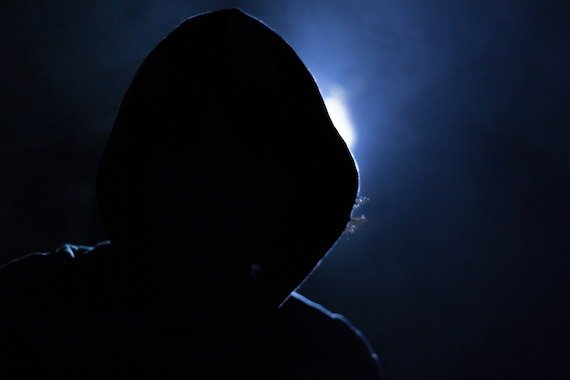 Throughout the trial, Eto insisted that none of the deaths had been intentional, saying that it was to exorcise demons and stating, “I did it as part of a religious service. I never thought they were going to die.” In the news she was being painted as a serial killer cultist called “The Drumstick Killer,” and in the typically safe country of Japan it was all incredibly shocking. During the trial, Sachiko Eto, then 54, would try to plead insanity, as well as stick to her story that the victims had been in fact possessed by “ugly devils” and had all participated in the rituals of their own volition while knowing the risks, but it didn’t work. When the dust from the highly publicized and sensational trial settled, she would receive the death sentence, while her accomplices all received prison sentences ranging between 18 years and life. The survivor of the beating who had first contacted police received a 3 year sentence and a 5 year suspended sentence. On September 27, 2012, when she was 65 years old, Setsuko Eto’s sentence was carried out and she was put to death by hanging after several unsuccessful appeals.

In such a safe and peaceful country, the murders sent out shockwaves that have reverberated to this day, and it still stands out as a particular sinister and gruesome crime in Japan. Right up until her death, Eto insisted on her innocence, repeating over and over again that these people had truly been possessed and that she had been merely trying to help them be free of these nefarious supernatural forces. What happened behind closed doors in that house? Why did these people have to die and why were their bodies kept there to decompose? Indeed, what sent this once unassuming woman down this path of strangeness, into a world of demonic possession and ritual beatings? We will probably never know, and it remains one of Japan's spookier murder cases.

The Roswell “UFO” Crash: The Mystery Continues as do the Theories