A Mysterious Giant Fish in a Japanese Lake

In Yamagata Prefecture on Honshu island, Japan, there is a small, isolated body of water by the name of Otori-ike 大鳥池, (literally translated as Otori Pond), which lies high in the mountains, 1,000 meters above sea level. Despite its Japanese name (“ike” means “pond”), and its modest size, the limnology of Otori-ike is in fact not that of a pond, but rather a small lake, created when a landslide blocked off a mountain stream long ago. Still, the moniker of pond has stuck, with the lake being only 3.2 kilometers (2 miles) around and 68 meters (223 feet) deep at its deepest point. Located within Yamagata’s largest virgin forest, Otori-ike is known for the area’s stunning natural beauty, and is a haven for hikers. The lake is also known to be the haunt of a mysterious giant fish, known locally as the Takitaro.

The Takitaro are said to be enormous fish capable of reaching sizes of up to 3 meters (10 feet) long. Locals have long told of seeing these giant fish in Otori-ike, and the creatures are well integrated into the folklore of the area. Takitaro were once claimed to have the ability to bring in storms, and the sight of one was said to mean that a storm was imminent. The fish were often said to attack small boats, and were blamed for the occasional disappearance of fishermen. One old story tells of a boat that was pulled under the waves by a Takitaro as horrified villagers looked on. Takitaro were also believed to snatch deer and other animals from the lakeshore, by some accounts even people. There is one account that describes a Takitaro carcass washed up on shore that when cut open revealed the remains of a deer. Residents of the area have claimed to even catch Takitaro on occasion and in fact the fish are widely believed to be good eating, although no carcasses have ever turned up to be studied.

A modern report of such a catch occurred in 1917, when workers investigating a floodgate managed to capture a fish that measured 150 cm (5 feet) long and weighed 40 kg (88lbs.). The men reportedly ate the fish, and described its meat as being quite good, after which they disposed of the remains. Nothing like that should be in the lake. Other specimens have reportedly been captured throughout the 20th century as well. Several of these captured specimens have been described as being anywhere from 160 cm (5.3 feet) to 2 meters (6.5 feet) long, all the way up to 10 feet long and beyond. There is at least one account describing a monstrous fish described as being more like 30 feet long. Stories abound of fishermen encountering these monstrous fish right up to the present day, with accounts of mysteriously mangled nets and fishing poles violently yanked or broken by something very large and strong. One report spoke of something that looked like a “moving log” that was witnessed to bowl right through a fishing net. According to the eyewitness, the fish was almost 2 meters long and had what appeared to be a thick layer of fat.

Other reports are somewhat more frightening. One eyewitness reported seeing a huge dark shape under the surface methodically swim about sucking ducks under the surface. The mystery monster would devour one duck, then cruise around and do it again over and over. All told, the creature was reported to have devoured at least five ducks before sinking into the depths. Another account describes a rowboat being violently rammed by something huge in the water. The terrified eyewitnesses claimed that the boat was close to capsizing when whatever it was left them alone and disappeared. While locals have been aware of these mysterious fish for a long time, perhaps the sighting that single handedly brought the Takitaro into the limelight and to mainstream consciousness in Japan was made by four mountain climbers in 1982. Tomoya Sawa, Kenzo Matsuda, I. Onodera, and Masakazu Sato, were hiking along Otori-ike’s nearby Nao Ridge when they saw several huge fish estimated as being 2 meters (6.5 feet) to 3 meters (10 feet) long swimming through the lake’s crystal clear water. 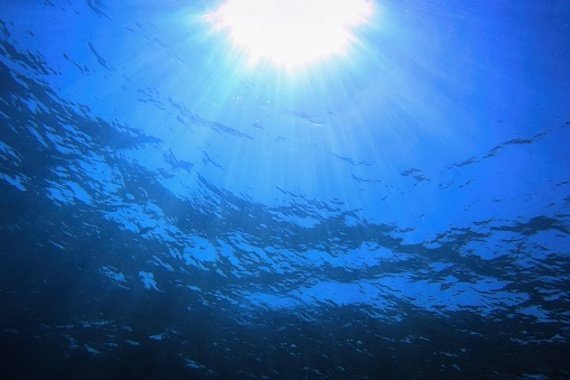 This sighting was a sensation all over Japan, and was plastered over most major newspapers. The tale of giant fish dwelling in this picturesque mountain lake fired up the public imagination. Only adding to this fervor was footage captured by a group of TV reporters investigating Otori-ike in October 1983 in the wake of this sighting. The reporters’ footage shows three huge shapes swimming under the surface of the water. In response to the incredible amount of attention this sighting and the subsequent footage generated, a scientific expedition was mounted to the lake in 1985 in the hopes of obtaining evidence of the Takitaro. Scientists conducted a thorough search of the lake using sonar equipment, during which they made some peculiar finds. In the deeper parts of the lake, sonar picked up readings at a depth of 30 to 40 meters (98.5 to 131 feet) of what appeared to be fish much larger than any known to inhabit the area. Although the exact type of fish could not be determined, these curious sonar images seemed to confirm that something very large and mysterious was indeed lurking in the depths.

Gill nets laid out by the team also brought up some unusual findings. The nets captured several Dolly Varden trout (Salvelinus malma malma), which were much larger than usual for the species, although not nearly as large as the alleged Takitaro. In addition, Dolly Varden are represented in Japan by a landlocked subspecies that only inhabit the northern island of Hokkaido. They were not previously known to be in Otori-ike at all, and indeed, the lake should have no natural population of fish at all. Whether or not these super sized Dolly Varden were connected in any way to the giant Takitaro, they nevertheless represent a pretty unusual finding in their own right. There is the possibility that it could be some giant carp species, although the reported sizes are still far larger than anything known. Another theory is that perhaps the fish are a relic population of an ancient, extinct species, or even an unknown fish species that was trapped when the landslide formed Otori-ike from a stream long ago. Whatever there creature could be, it is perplexing that it should be here, and as long as sightings continue it will keep stirring up wonder and debate.

Secrets of a Japanese Mermaid Mummy to be Revealed