Lake monsters and other aquatic strangeness have been witnessed in large bodies of water all over the world. It often seems that any fairly large lake, and even some that are not so large, has the chance of having its own resident water monster, and sometimes these places can be a pretty bizarre candidate for such a thing. There are some places in this world that just seem to have no business having anything like that lurking within its depths, including smaller bodies of water and even manmade lakes. Surely another such place that shouldn't seem to have any business having any large animal at all living there is the Great Salt Lake of Utah, a place known for harboring only tiny, highly adapted organisms and not much else, yet even here there have long been some pretty outlandish stories of lake monsters and the time there were whales supposedly swimming around here.

Located in the northern part of Utah, Great Salt Lake is the largest salt water lake in the Western Hemishpere, and after the great lakes the largest lake by surface area in the United States. It covers an average area of around 1,700 square miles (4,400 km2), although this can fluctuate somewhat due to the effects of evaporation on its shallow waters, which only reach a maximum depth of around 33 feet (11 metres). The lake is so large that it exerts a strong influence on the weather of the surrounding area stretching for hundreds of miles. The Great Salt Lake is a remnant of what was once an even larger lake called Lake Bonneville which was a pluvial lake, or a landlocked basin filled with water from melting glaciers and precipitation, that covered much of Utah during the ice ages of the Pleistocene Epoch, which lasted from about 2,588,000 to 11,700 years ago. At its peak size, Lake Bonneville covered around 22,400 square miles (58,000 km2). Over time, the water of this vast lake seeped out, and coupled with the effects of environmental warming, it broke up into the smaller Great Salt Lake, Utah Lake, Sevier Lake, and Rush Lake, with Great Salt Lake being the largest of these. The lake is unique due to its unusually high salt content. Although Great Salt Lake is fed by three major rivers and several smaller streams, there are no outlets, and this coupled with the effects of millions of tons of minerals being constantly brought here through these inlets, as well as constant evaporation, have made its waters extremely saline, around 5 to 6 times saltier than seawater on average. Early explorers to the area, baffled by such a salty lake so far inland, were mistakenly convinced that it was an extension of the Pacific Ocean, connected somehow through a subterranean tunnel system. The highly salty water has made the lake popular with swimmers due to its ability to allow them to effortlessly float upon the surface.

This unusually high level of salinity has rendered the lake inhospitable to most aquatic organisms, and although fish can be found in the various surrounding incoming waterways and marshes, they are not able to survive within the lake proper. The only naturally occurring creatures that call this place home are the ubiquitous brine shrimp, which are tiny crustaceans barely half an inch long with transparent bodies, brine flies, and a few species of bacteria and algae. There are so many brine shrimp, in fact, that Great Salt Lake is the world’s largest exporter of the creatures and their eggs, cornering around 90 % of the market. The harvested brine shrimp are used mostly as food for the aquarium trade, as food for prawn farms in Asia, and in the testing of various chemicals, drugs, and toxins. This staggering number of brine shrimp unfortunately is one of the reasons that a sickening sulphur-like stench is known to waft off of the lake. The shores of the lake are also clouded with thick swarms of brine flies during warm weather peaks, which are so numerous that at certain times of the year there are as many as 370 million flies per beach mile, making the air absolutely black with them.

This lack of any real aquatic life diversity has often led to Great Salt Lake being referred to as “America’s Dead Sea,” however outside of the water this couldn’t be further from the truth. The vast numbers of brine shrimp and brine flies found here serve as food for a mind boggling array of birds which flock to the region by the millions, as well as many species of native birds and waterfowl. The surrounding marshes are also home to abundant bird life, and the fish that live in the inlets are fed upon by terns and even pelicans. Two areas known as Bear River Bay and Farmington Bay are known to develop lower salinity levels than the rest of the lake during melting snows, sometimes even approaching those of fresh water, which increases the biodiversity found in those areas, allowing for a larger variety of invertebrates and even fish that boldly venture into the less salty water found here. The incredible diversity of birds that congregate in or around Great Salt Lake has made way for several bird refuges and sanctuaries scattered throughout the region. However, a hotspot of aquatic biodiversity it is not.

Although Great Salt Lake itself is far too salty to really support complex organisms other than brine shrimp within its depths, there is still a rich and strange history of people trying to populate the lake with various types of aquatic life nevertheless. In the 1800s there were numerous attempts to stock the lake with sea life such as oysters, eels, and crabs, yet all of these attempts failed as none of them could survive the extreme salinity levels and temperature fluctuations here. It just isn’t the right environment for most types of fish and other complex organisms, but even stranger than all of these fruitless attempts was one man’s reported attempt to introduce whales to the lake.

In Linda Dunning’s book, Lost Landscapes: Utah’s Ghosts, Mysterious Creatures, and Aliens, it is mentioned that in the late 1800s, a whale farmer by the name of James Wickham had the somewhat far-out notion of populating Great Salt Lake with whales, which he was confident could survive in the lake’s extremely salty water. Wickham allegedly spent a year in Australia capturing whales in a ship specially built to hold enough seawater to haul the whales back to the States without injuring them. In 1873, two 35 foot long Australian whales were supposedly caught and brought to Great Salt Lake, where they were then kept in a custom built pen at the mouth of the Bear River. 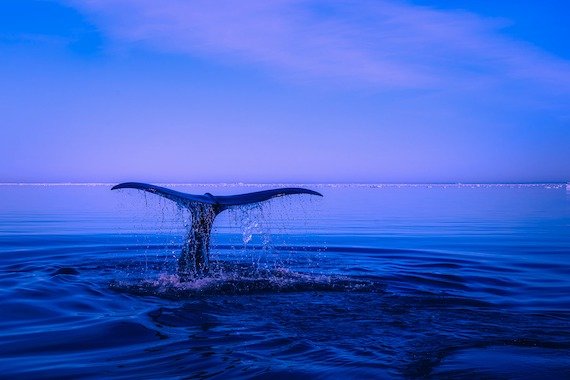 Unfortunately, according to the tale it was not long before the two whales made a break for freedom, smashing out of their enclosure and disappearing into the lake. The whales could not be found and were presumed to have died until 6 months later, when the animals, now 60 feet long, were spotted cavorting about out on the lake with an entourage of smaller whales ranging from 3 to 15 feet in length, presumably their offspring. According to the account, the whales thrived in the lake until they were eventually hunted to extinction by whalers, although there have been sporadic reports of whales in the lake since then. Unfortunately, the story is probably more the result of slow news days at the time than anything else, with reports of “whale eggs” and whatnot detracting from the veracity of the claims. Whether Wickham ever introduced whales to the Great Salt Lake remains unknown, but it seems unlikely. A very odd tale, all the same.

For a place that is known as being so inhospitable to aquatic life, there are certainly a lot of alleged mystery creatures that have long been said to to dwell here as well. Native tribes of the area used to tell early explorers of a fierce monster with a huge head that prowled the waters near shore and was known to snatch birds and even horses or cattle from the shallows. This monster was often blamed for the many cattle that often mysteriously disappeared in the area. Another mysterious lake monster was reported in the 1840s, when a man known only as Brother Bainbridge reported seeing a creature that looked like a dolphin swimming out in the lake near Antelope Island, the largest of the lake’s 11 known islands. What this creature could have been, no one knows, but it seems to have been a one-off sighting buried in the mists of time. 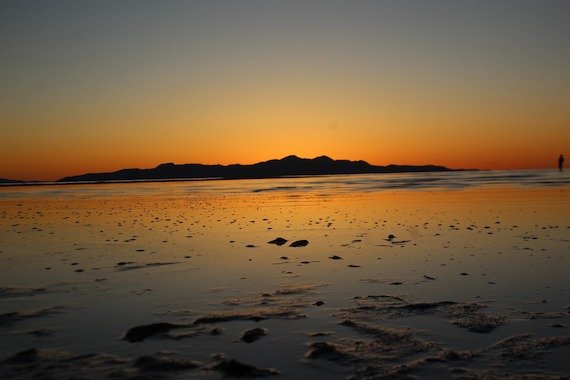 Yet another mysterious water creature is an alligator-like monster that reportedly lurks within the lake’s depths. In 1871, a J.H. McNeil and several other employees of the Barnes and Co. Salt Works Company reported seeing a huge creature that looked like an alligator with the head of a horse off Monument Point on the northern shores of the Great Salt Lake. The creature reportedly let out a deep bellowing noise and chased the men up a hill, where they remained hidden until daylight. Upon returning to where they had seen the monster the day before, they discovered overturned boulders, tracks, and ground torn up by the thrashing creature. Alligator-like creatures have been spotted from time to time in the lake since then, all the way up into the present, in fact, ranging in size from between a modest 5 feet all the way up to a truly monstrous, eyebrow-raising 75 feet long.

There are also strange creatures that Native people of the area referred to as “Water Babies.” These creatures were said to be the size of a human being and their appearance was like a classic mermaid, with long black hair and a fish’s tail. The most unusual feature was their undulating vocalizations, which were said to sound like a baby’s crying, hence their name. Water Babies were seen as dangerous creatures that supposedly seduced victims into the water where they were dragged down to a watery death. Although this sounds to be surely pure myth, there have nevertheless been those who have sworn they have seen these creatures lurking in the lake. It is all sure a lot of strangeness and very big creatures being seen in this lake that is largely seen as inhospitable to aquatic life. Has there ever been something out there other than brine shrimp cruising the depths, or is this all just pure flights of fancy? Whatever the case may be, the Great Salt Lake of Utah is certainly a majestic place, with its fair share of strange tales.