Crashed UFOs That Never Existed: A Secret Cold War Program to Freak Out the Russians

Over the decades there have been more than a few cases of alleged crashed UFOs. Of course, the most famous (or, perhaps, the most infamous) case is the Roswell affair of early July 1947. Despite the fact that investigations have gone on for decades, we still don't have any hard, solid answers. When it comes to other crashed UFO cases, however, we have a lot of data and material. But, here's the important thing: that data doesn't take things down the road that so many UFO researchers would like it to. By that, I mean more than a few cases of crashed UFOs were almost certainly hoaxes. But, not your everyday type hoax. We're talking about plots created by U.S. intelligence and designed to make the Russians - during the Cold War -  to believe that the CIA and the Air Force had crashed Saucers and dead aliens in their hands when they really didn't. We'll begin with the phony "UFO crash" at Hart Canyon, Aztec, New Mexico in 1948. Writer Frank Scully wrote a full-length book on the yarn. Its title: Behind the Flying Saucers. One of those who got involved in the controversy with Scully was a very dodgy character named Silas Newton. You can find his FBI file at the Bureau's website, The Vault.

By his own admittance, and a couple of years after the Aztec story surfaced in Frank Scully’s book, Newton was clandestinely visited by two representatives of "a highly secret U.S. Government entity," as it was worded. Those same agents of the military told Newton, in no uncertain terms, they knew his Aztec story was nonsense. Amazingly, however, they wanted Newton to keep telling the tale to just about anyone and everyone who would listen. This caused CIA guy, Karl Pflock, to ponder on an amazing possibility: "Was this actually nothing to do with real saucers but instead some sort of psychological warfare operation [italics mine]?"  There’s no doubt that Pflock was right on target: Newton was used to help spread the word that, yes, UFOs had fallen to Earth and the U.S. military had the alien technology. But, it was all a big, successful ruse. There were no crashed UFOs and no alien technology – but, the plot worked and had the Russians deeply concerned.

For years, stories have surfaced to the effect that in 1952 – the same year Silas Newton got that strange visit from the U.S. military – a UFO slammed to the ground on the Norwegian island of Spitsbergen. Particularly interesting is a National Security Agency document that tells the story of the fatal crash and the recovery of a craft from another planet. The NSA’s copy of this previously-classified document is very slightly different to copies of the same document that have been declassified by the U.S. Air Force, the Department of State, and the U.S. Army. Someone in the NSA – unfortunately, we don’t know who – identified the Spitsbergen story in the document as being a "plant." As for who secretly seeded the story, and why, well, that’s another matter entirely. Maybe, U.S. intelligent agents planted the story to try and further have the Russians believe that the U.S. government was back-engineering extraterrestrial spacecraft, when it really wasn’t. On the other hand, the "planters" may have been the Soviets themselves, trying to achieve something almost identical, but aimed squarely at the White House, the CIA, and the Pentagon.

Moving forward in time: I often think that perhaps Bob Lazar - he who claimed a brief period of work at Area 51 (or, specifically, at a section of the area called S-4) - was deliberately used to make the Russians think there were dead aliens and retrieved alien spacecraft stored away at Area 51. I should stress, though, that I don't think Lazar fabricated anything, at all. But, I do think he was used and manipulated as a means to create that very scenario. The Russians have taken a deep interest in Area 51 for decades. Spreading a few tales of captured ETs, and of good old Flying Saucers held at Area 51, would certainly unease the Russians, and just as the way it did back in the years when Frank Scully and Silas Newton were chasing around. More importantly, if - as I firmly believe - there were multiple hoaxed crashed UFO stories created during the Cold War, then we really need to wonder if there have ever been any real UFO crash cases. Were there crashed UFOs? Or, did someone in the Pentagon want the high-ups in the Kremlin to believe there were dead aliens and smashed Saucers? Of course, a lot of people in the UFO field won't like my scenario, but, the facts that we have in hand do help to support that particular scenario. There's no doubt that throughout the Cold War, there were more than a few weird programs deigned to muddle the minds of Moscow. And vice-versa. And, it would have been very easy to get those same UFO programs up and running. 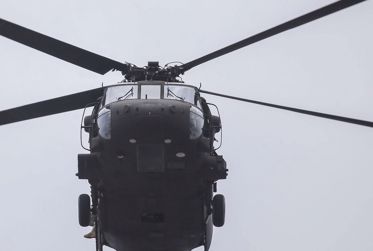