A hotel considered to be one of the most haunted places in El Paso if not all of Texas was gutted by fire just a week after a paranormal documentary was filmed there. Coincidence … or sinister connection?

“We recorded, you know, a lot of really strange things in the building just a week ago that were happening to us, and then to see that it's burning right now is, it's like the finale to this chapter that we opened up. It's really strange." 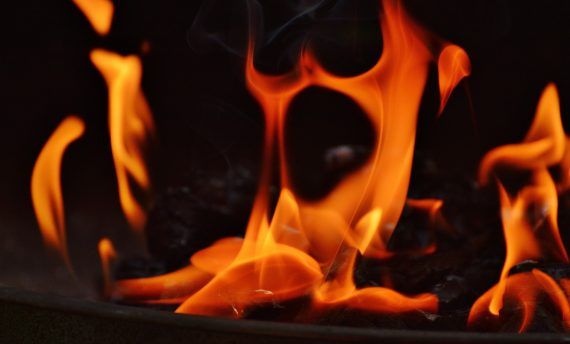 The De Soto Hotel on E. Mills Road in downtown El Paso was gutted by a massive fire on February 4, 2022, that destroyed the upper floors and severely damaged its roof. Paranormal investigator and filmmaker Colin Browen was editing clips from his visit to the De Soto just a week before when he heard the tragic news. (Photos of the fire can be seen here.) No one was injured and no neighboring businesses were burned, but the century-old four-story structure was a favorite location for ghost hunters and paranormal enthusiasts.

While witnesses say they saw a person in handcuffs at the scene, no cause for the fire has been given at this time. However, Browen was told by a basement tenant that an alleged fire and death occurred at the De Soto in the past, along with satanic rituals that often involve candles and fires. Some who viewed the photos of the smoke claimed to see a face – possibly a demon or infamous serial killer Richard Ramirez, the Night Stalker, who was born in El Paso and known to have stayed there. Ramirez died on death row in 2013.

Could the De Soto fire be connected to any of its alleged spirits? Built in 1905 as the Great Norther Hotel, it has plenty of suspects. They include Sara, a mischievous spirit of a young girl who investigators have seen wandering the halls and has been heard on EVP saying her name. Another is a shadowy figure, often recorded on video in doorways and heard to say “Who cares?”. However, if any spirit was the pyromaniac, it would be the so-called “thing in the basement” that has been said to attack people and may be connected to the alleged satanic rituals. Other spirts have been reported, attracting shows like The Paranormal Files and Ghost Adventures to visit and film there. Will Colin Browen’s paranormal documentary be the last?

According to local media, the hotel was vacant at the time of the fire. The city of El Paso had just entered into a historic preservation agreement with the owner and approved a tax incentive in the immediate area surrounding the hotel. Also, a developer has pledged to invest $1.2 million in the hotel. Did someone not wish to see the De Soto Hotel return to its past glory?

The Poltergeist: One of the Most Dangerous Supernatural Entities