In the latter part of 2006, I had the good fortune to meet with a Las Vegas, Nevada-based bus driver names James, who had a remarkable encounter with a massive, winged beast in the deserts outside of town, in November 2003. James was careful - in fact, very careful - about how much he said. This was specifically due to the fact that at the time of his encounter he was high on Lophophora williamsii, which is far more famously known as peyote. And, the last thing he wanted was to get into distinctly hot water with his employers at the bus company. Nevertheless, he did relate the significant portions of the affair. Those portions alone tell a fantastic story. Before we get to the encounter itself, first let’s acquaint ourselves with a bit of background on peyote, which is also referred to as the Divine Cactus and the Mescal Button.

It is a fairly small cactus, one which is chiefly found in the southwestern portions of the US, as well as in Mexico’s Chihuahuan Desert. And it’s most noted for its powerful and profound psychedelic properties. Indeed, one of its primary alkaloids is mescaline. While today it is chiefly used as a recreational drug, peyote has been used for thousands of years in the religious and ceremonial practices of both Native Americans and the people of Mexico. As for its effects, they are typically notable and unforgettable and include graphic imagery and audible hallucinations too. With that in mind, some readers might assume or conclude that James’ encounter with the monster-bird was due to nothing than the effects of peyote. Well, that is exactly what James believes. It’s very important to note, however, he is not of the opinion that the peyote made him hallucinate the entire experience. Rather, he is of the opinion that the Divine Cactus opened a portal – or a doorway, perhaps – that gave him a brief glimpse into a magical realm that co-exists with ours. One which, in a normal state of mind, we cannot access. In simple terms: what we might justifiably call another dimension.

Equally intriguing was the specific location of the sighting: the Valley of Fire, which is Nevada’s oldest state-park, and situated around fifty miles from downtown Las Vegas and which has an elevation in excess of 2,000 feet. It’s an area with a long and rich history attached to it, too. Certainly, as far back as approximately 300 BC it was home to the Anasazi people, who farmed the nearby Moapa Valley. Now, with the scene firmly set, let’s take a look at what, exactly, James had to say. He explained to me that at the time in question he was chilling out on a rocky ridge when, as the effects of the peyote took firm hold of both his mind and his body, something totally unforeseen occurred. It was something just about as awe-inspiring as it was terrifying. As James stared across the panoramic landscape, his attention was suddenly caught by the sight of something of significant size flying directly towards him. While the object was still at a distance, his first thoughts were that it had to be something along the lines of a hang-glider or a microlight. As it got closer, however, James realized that it was neither. It was something way stranger.

What James encountered – and which glided directly over him at a height of around eighty or ninety feet – was a huge, winged animal, completely black in color, and not unlike a long extinct pterodactyl. As James told me, just about everyone knows what a pterodactyl looks like. Of course, the big problem was: how could such an immense, long dead animal cruise the skies of Nevada in the early years of the 21st century? The only answer he had was: the peyote, and the possibility that it allowed him a glimpse of something that few of us ever get to experience; at least not in a normal state of consciousness. Rather amazingly, this was not James’ only encounter with a huge, flying beast in Nevada. A second encounter occurred in the summer of 2005. This time, the location was Grapevine Canyon, which is located at Newberry Peak, Nevada. Once again, peyote played a significant role in the experience. The creature that James encountered at Grapevine Canyon, however, was no pterodactyl. Quite the contrary. It sounds far more like the legendary Thunderbird of Native American lore and tradition.

As James lay back on the stones, stared at the stars, and let the peyote do its mind-altering thing, the mighty eagle-like animal loomed into view, its wings beating powerfully and loudly as it circled him at a height of a couple of hundred feet. Oddly, James said that he suddenly felt the Thunderbird was "judging me on what I have done in my life and what I will do in the future." He explained he had no real understanding of why, precisely, he felt that; only that he did. For around ten to fifteen minutes the massive creature – which had a wingspan of, incredibly, around twenty-five feet – continued to circle, yet never made any attempt to come closer to him. Then, suddenly, and without warning, it flapped it headed off, in a southerly direction; finally vanishing from view, as the dusk skies grew rapidly dark. Despite still continuing to use peyote on a regular basis, James' experiences in the 2000s have never been repeated. James notes, however, that although both experiences were nerve-jangling, he would not turn his nose up at another encounter. For James, opening the door to another world was an enlightening one, even if it involved the manifestation of monsters. 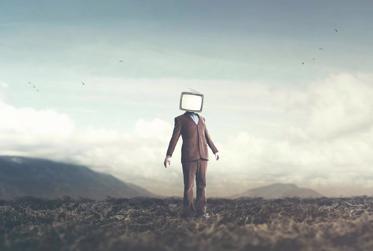