Ever since the invention of doors, the sound of knocking has always had an ominous tone. That sound has manifested into tales of goblins, cryptids, aliens and other strange creatures whose knocking rarely precludes something good. So, it’s no wonder when villagers in Klebang, Malaysia, began hearing loud and persistent nighttime knocking at their doors, they hesitated to open them. What at least 25 households saw this week caused them to call the police and hide in terror … because this mysterious knocking has been going on for two years.

“The knocking lasted several minutes and when it ended, I opened the door to check, but the compound was empty.”

Azizah Md Derus told The Star, which has reported on this and past knocking incidents, that the knocking was loud and was definitely not the wind. Another villager, Abdul Rustam Hameed, told The Star that 25 households at Tanjung Kling, Balik Bukit, Simpang Tanjung and Lereh – Like Klebang, these are towns in the Melaka Tengah District in the state of Malacca in the southern region of the Malay Peninsula – had reported similar knockings between midnight and 2 am for the past few days. A villager showed Sardi Mahorm, a stringer for The Star, an image of an alien-like being, but others claim it was hoax to scare them. The local police agreed after finding nothing unusual. And yet …

“I am aware of similar incidents in Selangor and Melaka from social media and in the newspapers. Before I heard the knocks, I was reading an article about the mysterious incident online, ” she said, adding that she was alone during the incident. However, it became even scarier when I started to smell something awful like a rotting carcass.”

That report was made to The Star in December 2020 from another villager, just a month after others in several local villages were disturbed by “ mysterious knocking” on their doors. None of those incidents appear to have been resolved … and now the knocking has returned. It seems too widespread to be a hoax – which opens the ‘knocking’ door to myths and folklore.

The Knocker is a mythical, subterranean, gnome-like creature in Cornish and Devon folklore that became the Tommyknocker when immigrants brought the tales to the U.S. They’re described as little tricksters who, among other things, knock on mine walls before a cave-in. Mining is a major industry in Malaysia. Could the villagers be getting a warning from Malaysia’s version of Tommyknockers?

Bigfoot is known for its howls and knocks heard by campers, hikers and hunters. Malaysia’s version is the 10-foot-tall Orang Mawas. Have they moved up from knocking on trees to knocking on doors? Stepen King’s Tommyknockers in his novel of the same name were aliens, as were the creatures in the short story "The Colour Out of Space" by H. P. Lovecraft which King credits as his inspiration for The Tommyknockers. Have alien spaceships landed in Malaysia? 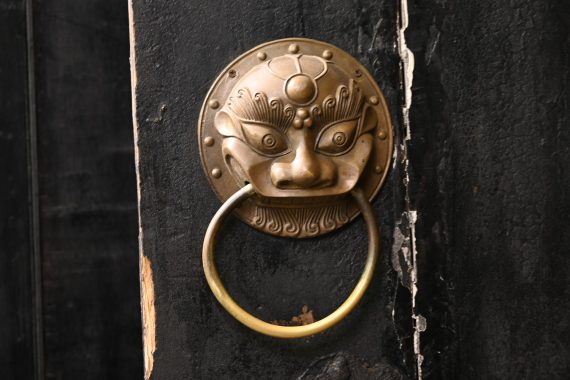 (Can't You Hear Me Knockin' by The Rolling Stones)

Some Strange Encounters With Fairies and Pixies in the United Kingdom