Twenty-five-year-old Michelle von Emster was a fighter. Growing up in San Carlos, located just outside of San Francisco, California, when she was a student at St. Mary’s College she was diagnosed with leukemia, a cancer of blood-forming tissues. It would be a harrowing battle that would nearly kill her, but she managed to face the ravaging disease in a fight that she ultimately won. After this brush with mortality and death, she moved down south to San Diego, California, where she soon became known as a free-spirited beach girl. Although she rented a place in the scenic hills of Loma Portal, overlooking San Diego Bay, she was quite the drifter, spending much of her time at Ocean Beach, known at the time as a place of surfers and bohemians. By all accounts she was in love with the ocean, spending nearly every day there surfing, swimming, and sometimes simply meditating on the beach. The ocean was her life, but it would also tragically end up being her death, and she would become a mysterious and ominous case that still has not been adequately solved.

On the night of April 14, 1994, Michele went out to attend a Pink Floyd concert with her friend and roommate, but the two discovered that they had bought the wrong tickets. Michele was apparently pretty disappointed about it all, and on the way home she asked her friend to drop her off at a pier on Ocean Beach that was not far from the house she was staying at at the time. Michele’s friend thought nothing of it, as the pier was only a few blocks from the house and Michele spent a lot of evenings walking along the beach lost in her thoughts. Considering how upset she was about missing a concert she had been looking forward to for weeks, it was just assumed she wanted to take a stroll and clear her mind. The friend dropped her off as asked at around 8 p.m., and she would not have possibly imagined that this would be the last time Michele would be seen alive. 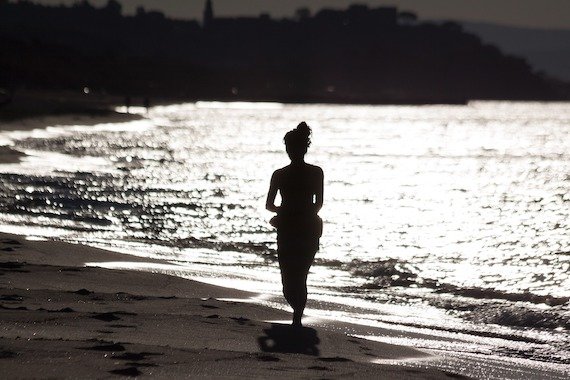 The next day, on Friday, April 15, 1994, two surfers noticed a commotion of sea birds near a tangled mass of kelp in the surf along the shore below a place called Sunset Cliffs. Wondering what the fuss was, they went to investigate, and as they drew closer they were treated to the sight of a naked woman, with eyes wide open and bobbing about face-down in the frothy surf as seagulls flocked about her. The body was reported immediately and moved to the San Diego Lifeguard Headquarters, after which she was identified as Michele von Emster and an official police investigation was launched. An examination of the body showed that she was naked except for some jewelry, and that she had sustained some rather grievous wounds. Not only was her right leg completely missing from the thigh down, torn off at the femur, but there were also gruesome “large, tearing-type wounds with missing tissue” on her body and the pelvis had been “pulled apart by brute force.” She had also sustained several broken bones, including a broken neck, and broken ribs, as well as various scrapes and contusions on her face and torso, and there was a large amount of sand found in her mouth, lungs, throat, and stomach. The autopsy would also conclude that she had been alive when she had received her various injuries and that she had been in the water for only a very short time. Despite all of the injuries, a true, final cause of death could not be determined.

The immediate verdict was that this was the work of a catastrophic shark attack, the idea being that Michele had decided to take a spontaneous swim that evening during her walk and had been killed by a great white. However, why would she just go out swimming naked and where were her clothes? Her clothes could not be found, and making it more mysterious was that the green trench coat she had been wearing that evening and her purse were soon found around two miles from where she had wound up dead. Despite this, police were pretty much convinced that this was the result of a great white shark attack, after which the body had been scavenged by other creatures, but some experts disagreed. One shark expert by the name of Ralph Collier was immediately suspicious of the shark attack scenario when he viewed the remains, saying:

One of the things that struck me was the condition of the limb. When a white shark bites off part of a limb, the break is clean, almost like you put it on a table saw. What remained of Michelle’s femur was anything but. It looked like what happens when you get a piece of bamboo and whittle it down to a point with a knife. The bone came to a point. This type of injury is caused when a bone is twisted under a great deal of force. I’ve looked at close to 100 photos of cases that I have reviewed over the years, and I’ve never seen any bones that came to a point.

There were also no real apparent impressions made by a great white’s teeth, and his expert opinion was that, although she had no doubt been scavenged upon by smaller sharks, none of this had been the result of a great white attack. There was also the fact that shark attacks were considered to be “rarer than rare” in the area, something almost unheard of. Considering these inconsistencies, many other unofficial theories began brewing around the case, with the main theory being that she has been murdered. One possible suspect was seen as a man who Michele had been complaining was stalking her shortly before her death, although this alleged stalker has never been identified. Another was a man by the name of Edwin Decker, who went on a date with Michelle von Emster and who was found to have a morbid poem that mentioned her death and the shark attack, and which eerily reads:

The reports said there was a tattoo

A butterfly on her shoulder

which I remembered that night

on my couch when I

Chewed on her lips and took off her shirt. 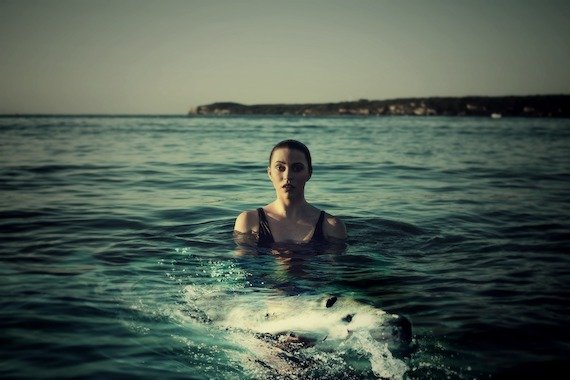 Pretty disturbing stuff, but an investigation into Decker turned up nothing to link him to the death. Other theories abounded, including that she had fallen from the cliffs, been randomly attacked on the beach, been hit by a car and dumped, hit by a boat while skinny dipping, or that it was a suicide. It was also suggested that she may have been high on drugs, although her family and friends deny that she took any controlled substances. Suicide also seemed unlikely because she had just beaten cancer and had gained a new appreciation for life, which was one of the reasons she had moved to San Diego to be near the ocean she loved so much. The cliff idea makes sense, as people had fallen to their deaths from there before, but her injuries were inconsistent with such a high fall. None of these explanations illustrate why she was found naked and where all of her clothes went.

In the end, the authorities have always stuck by their official verdict that Michele’s death was the result of a shark attack, so sure of this that an official homicide investigation into the matter has never been launched, despite several pleas to reopen the case. How can this be? To this day there is no clear answer as to how this poor woman ended up naked, alone, and dead out in that surf. How did she get there? What happened to her? What caused all of her horrific injuries? Where did her clothes go and was this a murder or a simple freak accident? Michele was a fighter, but it seems that it just wasn't good enough in this case. What was going on here? We may never know for sure.

Orangutans Use Stone Tools and Try to Make Their Own – Planet of the Apes Prequel?