Just a few days ago I was asked an interesting question. It went something like this: "Which cryptozoological story do you think could be turned into a great movie?" Actually, that's not a problem for me. Not at all, in fact. One particular case really stands out. This one involves the FBI, the Vietnam War, the alleged dead body of a Bigfoot-like creature, a famous actor, and way more. With that said, let's get to the story - one that is prime for Hollywood. In my view, at least! Over the years, various people within the field of Cryptozoology have made controversial claims that they have – or have had – in their possession nothing less than the remains of a dead Bigfoot. Thus far, absolutely none of the claims has proved to be genuine. There is, however, one case in particular that many researchers of the Bigfoot phenomenon suspect may be utterly genuine. It’s the strange saga of what is called the Minnesota Iceman. Frank Hansen was a man who gained deep notoriety when, in the mid-1960s, he maintained that he had acquired the deceased remains of an unusual creature, one that was part-human, and part-ape. There were problems from the start. Not the least of which was from whom, precisely, Hansen had acquired the body of the beast. The initial story was that the well-preserved corpse was found – floating in a block of ice, no less – in the ocean waters off of Siberia. Reportedly, it was seen, bobbing up and down in the freezing water, by the crew of a boat in the area, who wasted no time hauling it aboard.

That’s all well and good, and maybe it’s exactly what happened. On the other hand, maybe it’s not what happened – in the slightest. A second story links the body of the Iceman to Hong Kong, rather than the waters of Siberia. It’s a story that maintains the corpse was found in a Hong Kong deep-freeze and secretly dispatched to the United States. A further theory, that the creature was shot by U.S. troops at the height of the Vietnam War, continues to circulate. Suspicions that the beast was actually slain in Bemidji, Minnesota by a hunter, Helen Westring, or was the special-effects-based work of one Howard Ball, who was employed by the Walt Disney Corporation, also did the rounds for a while. Even the FBI got in on the act, seeking to determine if the body was actually human – Homo sapiens or something else entirely, maybe even a relic Neanderthal. Potential murder? Well, maybe. 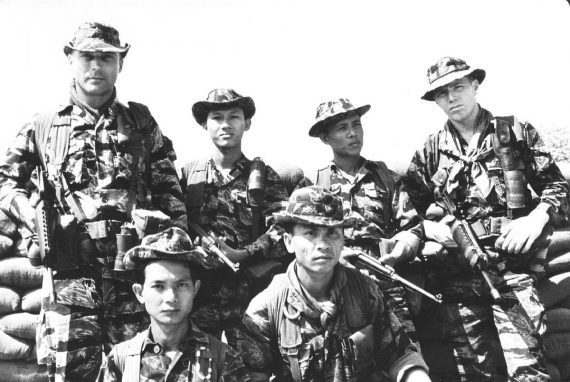 Regardless of the origin of the Minnesota Iceman, the word was that the body finally made its winding way to a still-unknown figure in California, one with a sizeable amount of money to allow them to purchase the potentially priceless remains. Rumors suggested that the anonymous buyer was none other than the actor James Stewart – of It’s a Wonderful Life fame – who certainly was deeply fascinated by the controversy of the Yeti. True or not, the unknown individual did a deal with Hansen to have the latter exhibit it at a number of state fairs, all across the United States and Canada, too. When Hansen received the body, however, he realized this was no monster. Although covered in hair and savage looking, it had distinct human qualities, too.

Not surprisingly, the cryptozoological community eventually heard of the story and wasted no time in trying to figure out what was going on – and what, exactly, Hansen was displaying for his amazed audiences. Amongst those that had the opportunity to check out the Minnesota Iceman were two highly regarded cryptozoologists, Bernard Heuvelmans and Ivan T. Sanderson. Fortunately, the pair had the opportunity to do so - not in the hectic and crowded atmosphere of a state fair, but at Hansen’s very own residence. Both men were sure that what they were looking at had once lived. Even through the ice, the smell of stomach-churning, rotting meat permeated.

The body did not appear to be a dummy or some form of special-effect. Heuvelmans and Sanderson were, to say the least, excited. Excitement changed to puzzlement and frustration when the body soon, thereafter, disappeared – back to the unidentified individual that had placed it in the hands of Frank Hansen in the first place. That wasn’t the end of the story, however. According to Hansen, after the body was returned to its owner, he was provided with a life-like mannequin of the real Iceman. It was a mannequin that Hansen happily toured with for decades. And, the controversial "whatsit" has spent time at the Austin, Texas-based Museum of the Weird. If all of the above isn't worthy of a big-bucks movie I don't know what is!

Note: the black-and-white photo in this article, showing military personnel during the Vietnam War, was taken by an employee of the U.S. Army.  As the production is of the U.S. Government, it is in the public domain in the United States.