The Bizarre Case of the Flaming Friar

One very prevalent corner of the paranormal is the cases of what is usually referred to as spontaneous human combustion. This entails certain individuals seeming to just suddenly burst into flames for no apparent reason, often with strange clues surrounding them, such as only certain body parts and articles of clothing burned, and a lack of any evidence at all of any clear cause for the blaze. There have been numerous such cases, long unexplained and mysterious, but usually these victims wind up dead. However, this is not always the case, and there have been some very rare cases in which an unfortunate victim of spontaneous human combustion has lived to tell the tale.

An early and very bizarre case of such a combustion account comes to us from October of 1776, when a Friar Don Gio Maria Bertholi, a priest from Mount Volore, in the district of Livizzano, Italy, came to the town of Filetto, to meet with their local fair. He spent the day traveling about the area doing various jobs and conducting business with the friar, before heading to the home of his brother-in-law in the nearby village of Fenille. At the time he was so exhausted from his various duties and all the traveling that he had done that he immediately went to his room for the night to engage in some prayer and go to bed. Shortly after retiring to his room, the others in the house were startled by screaming coming from Bertholi’s room, and one report says of what happened next:

A few minutes had scarcely elapsed when an extraordinary noise was heard in the chamber, and the cries of the unfortunate man were particularly distinguished. Perceiving the cries of the priest, they repaired instantly to the apartment; and, on entering it, found him extended on the paved floor, and enveloped in a thin flame, which receded as they approached him, and at length entirely vanished. They placed him, as soon as possible, upon his bed, and administered to him every kind of aid that was at hand. 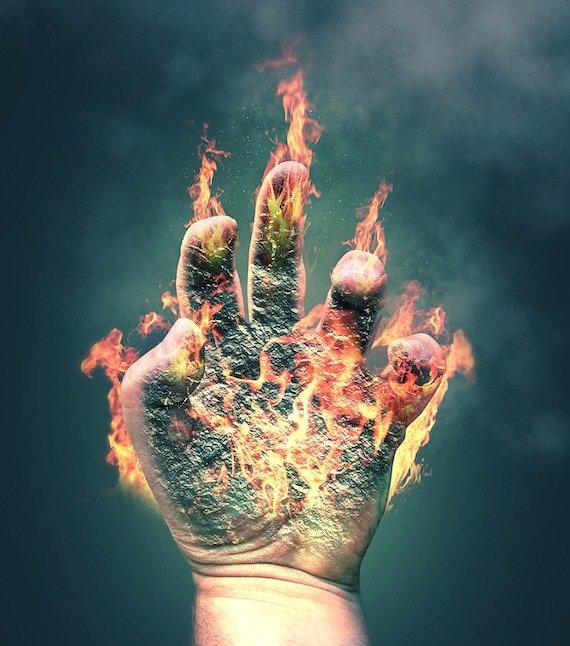 Bizarrely, all of the witnesses described the flames as moving and reacting as if they were aware of their presence, like a living entity. Bertholi was alive, but badly burned, with severe burns on his arm, neck, and face, yet oddly his shirt had been burned but the handkerchief that had been around his shoulders between the shirt and the skin was untouched by the flames. It was also pretty strange that, while his silk night cap had been burned to a crisp, his hair was completely unsinged, not so much as a strand, and also his pants, underwear, and wristband were intact as well. When he was well enough to talk, Bertholi would claim that as he had been praying he had felt “a phantom strike on his right hand, like the blow of a cudgel,” after which his body had erupted with the mysterious flames, beginning with a “spark of fire” that had appeared and jumped onto his shirt to burn it down to ash.

Interestingly, there was no particularly strange odor in the room, no smell of smoke or burning, and no furniture had been damaged. Indeed, the entire place was in pristine condition, with no sign of a fire. The only odd thing about the room was that the lamp, which had been full of oil when Bertholi had gone to his room, was found to be totally dry, and the wick completely burned away to ashes. A doctor was called at once, and things would get even stranger still when a Doctor Joseph Battaglia examined him. It would appear that the upper skin of Bertholi's right arm, shoulder, and thigh was almost entirely detached from the underlying muscles and hanging loose, which Battaglia surgically removed. In addition, the friar’s right hand was oddly in a state of advanced decomposition and had to be amputated to prevent gangrene. One account of this published in the 1786 edition of “Allgemeine Literatur Zeitung” by French forensic physician François-Emmanuel Fodéré says of the examination:

On the following morning, the patient was examined by M. Battaglia, who found the integuments of the right arm almost entirely detached and pendant from the flesh; from the shoulders to the thighs the integuments were equally injured; and on the right hand, the part most injured, mortification had already commenced, which notwithstanding immediate scarification rapidly extended itself. The patient complained of burning thirst, and was horribly convulsed, he passed by stool putrid and bilious matter, and was exhausted by continual vomiting accompanied by fever and delirium. 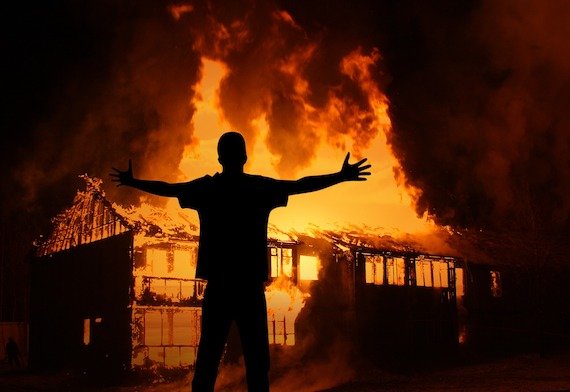 Sadly, Bertholi would not survive the ordeal, succumbing to his wounds a few days later. Yet the mysterious incident with the flames is perhaps not even as strange as what happened right before and after he died. In the hours leading up to his death, it was observed that his Bertholi’s body had started to show advanced signs of putrefaction, and right after death the corpse suddenly and inexplicably began to decompose at a rapid rate. Fodéré’s report continues:

On the fourth day, after two hours of comatose insensibility, he expired; during the whole period of his suffering, it was impossible to trace any symptomatic affection. A short time previous to his decease, M. Battaglia observed, with astonishment that putrefaction had made so much progress that the body already exhaled an insufferable odor, worms crawled from it on the bed, and the nails had become detached from the left hand.

These details add a gruesome and mysterious twist to the account. Why would his body have started to decompose before death, and why had it suddenly just rotted away to the status of a long dead corpse within minutes? No one really knows, and no one can really shed light on what happened here at all. How did this man go into his room to pray, only to come out a charred mess with no obvious cause and no damage to the room? Why was the fire damage to his body so inconsistent and what is the reason behind the sudden deterioration of his body shortly before and just after death? It is a rather weird historical oddity that will probably never be solved, and we are left to wonder.