The Bizarre Vanishing and Death of Christopher Woitel

By all accounts, in life Christopher Woitel was a veritable saint. A computer programmer in San Francisco California, he was described by his friends and neighbors as always willing to help them out with various computer issues free of charge, and he was especially well-known for his compassion and efforts to help the homeless people of the area. Even when he had to quit his job due to disability and slipped into depression, he was described as showing great generosity and a passion for always helping those in need. He even helped to save a neighbor’s life during the pandemic lockdown, when he personally called an ambulance and went with him to a hospital when he suffered kidney failure. Woitel certainly did not seem to be the sort who would get involved with nefarious elements or just one day vanish without a trace and go on to become a sinister mystery, but dark days were ahead for this apparently kind-hearted and gentle, generous man.

It began in early January of 2021, when Woitel began displaying some odd behavior that seems to have come from nowhere. He began posting a series of odd and ranting social media posts about the Capitol riots to the point of obsession, even saying that it would all spill over into San Francisco, none of which was deemed by friends and family to be the type of thing he’d typically be so deeply interested in or vocal about. He would begin to grow withdrawn and paranoid as well, telling friends and neighbors that “something bad was happening in the city” and that he was thinking of moving away up into the mountains. He would make bizarre claims, such as that he was hearing explosions outside of his apartment, despite the fact that neighbors had heard no such thing, and on another occasion he said that a mysterious man on a loudspeaker had driven by his place imploring people to “get out now.” Again, no one else in the area had heard such a thing. 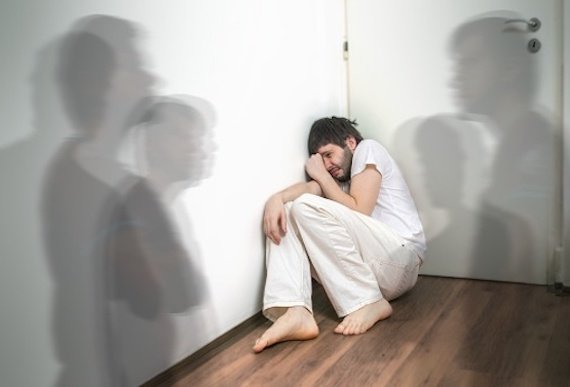 On January 8, he sent a mysterious text to his neighbor Hargan Nelson, which read, “Do me a favor and put some money in my account, 75 bucks isn’t going to get me very far,” without any explanation of what he meant. He also apparently texted a friend to ask to borrow money for a new cell phone, despite the fact that his phone seemed to be working fine. The following day, at around 3 p.m., his niece received a voice message from him concerning his sister, Lara, in which a noticeably panicked and agitated Woitel breathlessly says, “Please tell Lara to check her messages. It’s urgent.” When Lara tried to get into contact with him her calls remained unanswered, and her texts received no response. Indeed, it would seem that the message the niece had received would be the last time anyone would hear from him again. When he was not heard from for several days, Woitel was reported as a missing person. Police soon determined that all activity on his credit card had ceased on Jan. 8, and his phone had last been used on Jan 9. The first, most obvious explanation was that he had gone to live in the mountains just as he had talked about, and indeed he had friends who lived in the mountains, but they had not heard from him. Police seemed to think it was just a case of the guy running off, that “there was nothing to indicate that the subject was at risk or that there was any suspicious circumstance involved.” However, things got a bit weird when they checked surveillance footage taken from within the three-story apartment building where he lived.

The footage shows Woitel enter his third-floor apartment on Jan. 8 at 8:38 p.m., but strangely it did not show him ever leaving. Police would obtain a warrant to enter the apartment, only to find no one there, no sign of a struggle, no sign of forced entry, and nothing out of order. Even the chain lock on the front door was still engaged and it was baffling as to where he could have possibly gone. It was thought that he might have left through another back exit, but there was no footage that showed him ever leaving. It was as if he had just vanished into thin air. A private investigator named Scott Williams was hired by Woitel’s family, who were frustrated with what they saw as a sluggish police response, and the PI soon picked up a rather disturbing lead in the case. It would be found that Woitel had in the previous years become close with a homeless man known only as “Bood,” and the two had become close friends. Bood had even stayed at Woitel’s apartment for a time as he recovered from a leg injury, and Woitel apparently often gave him money and paid his phone bill. It was even alleged that Woitel, who was gay, had become romantically interested in him. However, friends would explain that Bood was a bad influence on him, and had been into Satanism and the occult. The two also often had fierce arguments and their relationship was described as toxic. 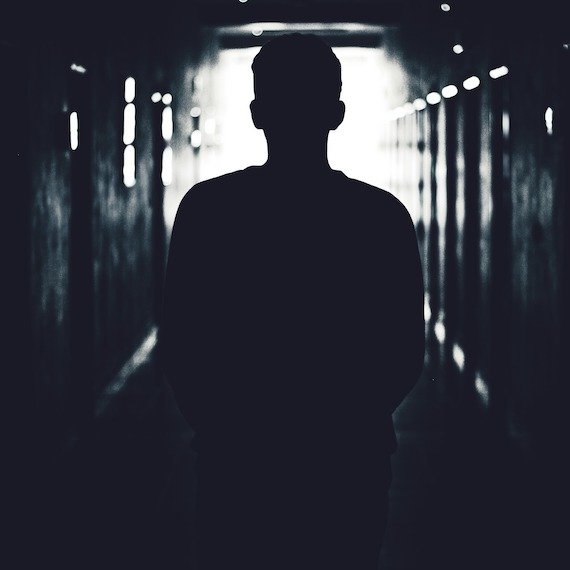 Chillingly, on Jan. 7, at 9:54 p.m., less than 48 hours before Woitel went missing, Bood was found on surveillance footage entering Woitel’s apartment alone and leaving alone. It would be found that Woitel had written a message on social media to Bood that same night, saying “You are far too much trouble. Phone number? Get your own. I’m not paying for you to harass people. You are an asshole. Don’t ever come here again!” The message received no reply. Soon after this message was posted, Woitel vanished.

Williams would visit Bood, tracking him down to a homeless tent encampment located near SAE Expression College on Shellmound Street, in Emeryville. Bood was found to be in possession of Woitel’s cell phone, which he claimed Woitel had sold to him, although it was water damaged and broken. When asked what had happened to Woitel, Bood gave the cryptic response that he had had a psychic vision of the missing man being shot in the head in his apartment, wrapped in plastic, and dumped in San Francisco Bay near an old abandoned warehouse. He claimed that Woitel had been robbed for his computers and killed by people named “Alonzo” and “William.” Throughout this interview, Bood was described as “rambling nonsensical things” and as being mentally off-kilter.

In light of this information, the police would conduct another search of Woitel’s apartment, and this time they hit pay dirt. As they went through the premises, it was found, almost by accident, that there was a 3-foot-high crawl space below the attic and above his bathroom, and within this was Woitel’s corpse. Beneath the subject's legs was a 'fanny-pack' that contained a flashlight, pliers, two empty baggies with white residue, charred foil, and prescription medications. Strangely, the entrance was too small for a grown man to fit into, so they had to bring in people from the San Francisco Fire Department to cut a hole in the ceiling in order to remove the body. It was thought that Woitel likely accessed the crawl space from the roof of the building and not from inside his apartment, but there was little further explanation on the discovery and CCT footage never showed him leaving.

An initial autopsy was unable to come to a conclusion on the cause of death, but further investigation deemed that he had died of the "toxic effects of fentanyl, hydrocodone, and methamphetamine," and the manner was determined to be accidental. However, if this was the case, then how and why had he gotten up into that tiny crawlspace to die? It was thought to be very unlikely that anyone could have physically carried him there and stuffed him in there, and he seems to have never left the apartment, so what was going on? The death was certainly not the bullet to the head that Bood had predicted and the body was definitely not in San Francisco Bay, meaning that he had just been ranting nonsense, but then why had he been seen visiting the apartment on the very same day that Woitel had disappeared? What happened to him? Was this really an accident, a suicide, or was foul play involved? No one really knows, and it has remained a perplexing and baffling case that has yet to be fully and satisfactorily solved.

From an Alien Big Cat to a Woman in Black: A Bizarre and Creepy Event