The Deep Freeze Murder: The Mysterious Disappearance and Death of Anne Noblett

Anne Noblett was a 17-year-old student from Hertfordshire, United Kingdom and the daughter of a wealthy company director. It was because of her wealthy upbringing that she had been sent away to do a stint of study at a finishing school near Montreux in Switzerland, where she had remained for 4 years before returning to England in June of 1957 to attend Watford Technical College, in Watford. She seems to have adjusted to life back home rather well, making friends and doing well in her studies, and on December 30, 1957 she went out to attend a dance class with some friends at Lourdes Hall in Harpenden in Hertfordshire. After the class, she casually said goodbye to her friends, saying “I'll see you on Friday" before getting on the 391 bus from Harpenden in Hertfordshire to make her way back home to the poultry farm at Marshalls Heath, where she lived with her family. Anne was spotted by local, girl, Shirley Edwards, while riding by on a motor scooter after she got off at the bus stop just about a quarter mile from her home at about 6 p.m., and at the time there would have been no reason to suspect anything was amiss. However, Anne would never make it home, and was about to go on to become one of England’s strangest unsolved mysteries.

When Anne failed to arrive home and the hour grew later, her family called her friends, but none of them knew where she was and no one had seen her since that bus had apparently dropped her off. At around 9 p.m., police were notified and they did a full search of the area involving 400 Hertfordshire policemen and 300 volunteers. House to house inquiries were made, miles of woodland, fields and hedgerows near her home were meticulously searched, every by-road, lane, footpath, and ditch thoroughly combed through, and pools and ponds and water-filled gravel pits were dragged, thousands of acres of woods and farmland were scoured for clues, and sniffer dogs were extensively used, but they could find no trace of the missing girl. The search expanded to nearly 1,000 people, but the only thing they were able to find were a mud-stained white handkerchief and a lipstick, but these could not be tied to Anne and her parents could not positively identify them. Due to this absolute lack of any scrap of evidence that she had ever even been there, police would have doubts that the girl who had been seen getting off the bus had even been Anne at all, but Shirley Edwards insisted that it was. Although the walk from the main road to the house was dark and isolated, it was only 500 yards to the house and there had reportedly been no other people or vehicles around at the time. How had she managed to get off that bus and then just vanish without a trace? It was as if she had just evaporated into thin air. However, there was a grim and mysterious discovery yet to be made. 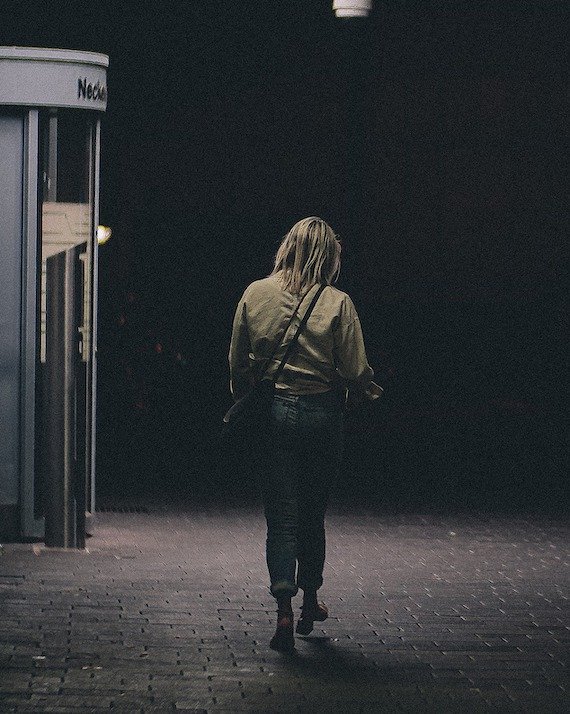 On January 28, 1958, nearly a month after Anne had gone missing, an RAF airman by the name of Hugh Symonds was out with his brother Brian on a lunchtime walk with their dog in Young's Wood, also known as Rode Grove Woods, in Whitwell, when they would make a macabre discovery out in the brush about 300 yards from the main road. They came upon what they had at first taken to be a woman sleeping on the ground up ahead, but when they approached they could see that this was the missing Anne Noblett, and she was dead. Police were immediately called to the remote spot, which was about 5 miles from where she had last been seen, and the case would get even more baffling and strange.

The condition and layout of the body offered immediate myriad strange clues. Anne was lying on her back, fully dressed and still wearing her eyeglasses, and her hands were neatly folded over her chest. It looked exactly like she had simply lay down for a peaceful nap and never gotten back up, but that was far from the weirdest part. Her purse was lying nearby as if it had been intentionally and carefully placed there, and oddly there were silver and copper coins found around and on top of her body. It was also found that her glasses were not put on properly, the buttons on her top not aligned, clothes not put on exactly right, and that led to the theory that her clothes seemed to have at one point been taken off and then sloppily put back on again, possibly after death. Strangest of all was that her body was incredibly well preserved, having not decomposed at all, and on top of that she was frozen solid. This was especially odd because that winter had been uncommonly mild, and it was deemed impossible that she could have possibly been frozen like that. Why was this body in such a pristine state and frozen a month after her disappearance undetected in an area that had been searched rather thoroughly? No one had a clue. The autopsy would find that she had likely been strangled to death and that she had likely recently had sexual intercourse, and an examination of her stomach contents led t the conclusion that she had died the same night she had vanished, but all of this did little to answer the many questions swirling around the case. If she had died the night she disappeared, then how had she ended up in that woodland after one month showing little signs of decomposition and frozen like a popsicle? The assumption was that she must have been killed, stored in some sort of freezer unit, and then the body dumped there recently, but this opened up new questions.

The first problem was that to store a whole corpse in a freezer would have required a very large unit, and at the time freezers that could do this were few and far between. There was also the fact that the area where the body had been found was far from the road, 75 yards into the woods from the nearest field and 300 yards from the nearest cart track through thick brush and mud, and there were no signs that the body had been dragged, meaning that whoever had put it there had carried it through this rough terrain to place it in that location. It was thought that it may have even required two people to pull off such a feat. Why would anyone want to carry it all the way out there and why would they do so after having kept the body on ice for so long? Also, why had it been laid out so peacefully and what was with the coins? There was also the fact that no one could figure out why anyone would have wanted to kill her in the first place. Anne was described by friends and family as being a shy, good-natured young woman with no known enemies, so the best they could come up with was that this was a random sexual assault that had gone south, but then why had the killer gone through so much trouble to freeze the body first and then bring it out there? Why not just dump the body right away? It was all rather puzzling. 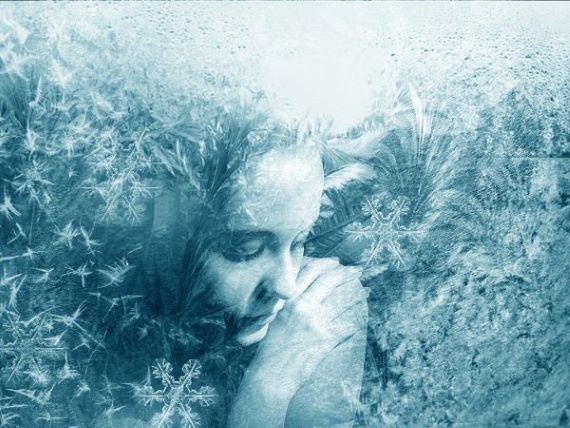 By this time the case had hit the press in a major way and was widely being called the “Deep Freeze Murder,” and considered to be one of the most baffling cases the country had ever seen, so there was pressure on authorities to somehow get to the bottom of it. The entire region within a 30-mile radius was canvassed for anywhere that had access to a freezer large enough to hold a human body, including farms and factories, but this turned up nothing. There were also interviewed numerous possible persons of interest, including hundreds of men convicted of sexual assaults, but this turned up no solid leads. Any possible potential witness in the area was also questioned and there were a few accounts that seemed suspicious, such as a witness who claimed to have seen a large black car parked on the road nearest to where the body had been found on January 30, with a “powerfully built man” sitting inside, and another who claimed to have seen a car lurking about near the bus stop where Anne had gotten off on that fateful night, as well as yet another report of a van having been seen near the woods in the early hours of Friday January 31, 1958. There was also an anonymous letter sent to police but all of these leads were a dead end.

As the investigation continued, both Anne’s family and the men who had found the body received threatening phone calls, but the caller would later be identified and found to be a prankster having no connection to the death. Rather oddly, as all of this was going on, the coroner who originally declared that the cause of death was strangulation backtracked on this and changed his verdict to that she had more likely died from “asphyxiation by natural causes,” perhaps brought on by acute emotional excitement or severe mental strain, since there had been no clear markings of it on her neck. Indeed, her body had been devoid of any external signs of injury, meaning that now it could not even be discerned that she had been actually murdered or not. What was going on here?

A new possible alternative theory was now that she had perhaps been abducted by someone, sexually assaulted, and had died accidentally at some point, after which the perpetrator had panicked and disposed of the body. Even so, why would he freeze it and then bring it out to that spot? It still didn’t make sense. The authorities were still leaning more towards the murder angle, but weren’t getting closer to finding a suspect. There was the thought that Anne’s death could have been linked to the murder of 19-year-old Mary Kriek, who on January 5, 1958 went missing at a bus stop in the same area and was found dead in a ditch the next day, but since that case was equally unsolved this led nowhere. In the end, there have never been any answers to the myriad questions surrounding this case, no closure, and no suspect. We are left to wonder how this innocent woman ended up there in that isolated patch of woodland, frozen solid and with no clear reason for any of it. It is a case that has gone as cold as her corpse when she was found, and it seems it will likely never be solved.