The Mysterious Cursed Ferry of Kentucky

There have long been certain locations and objects that have been said to be cursed. For whatever reasons these places and things draw to them insidious forces that make sure to cause misfortune, misery, and even death to gravitate towards them. There have been cursed land, buildings, islands, dolls, cars, jewelry, you name the type of place or object, there has probably been some case of a curse attached to one of those at some point. One rather strange example of a story of a cursed object is that of a cursed ferry, which began life in the 19th century and before long began to attract all manner of sinister happenings.

In 1820, a well-known American businessman by the name of Moses Tousey decided to start a ferry service across the Ohio River between Lawrenceburg, Indiana and Touseytown, Kentucky, which would take both passengers and cargo across from shore to shore. In order to help him get it built, he hired a newcomer to Touseytown by the name of William McGregor, who had just moved there with his teenage daughter Elinor. Although McGregor was very good at construction and helping get the ferry up and running, he wasn’t very well-liked around town, described as an abrasive, confrontational drunk and bully who was rumored to be involved with criminal elements and all manner of nefarious behavior. As he started to accrue a rather bad reputation in town, his daughter started dating a schoolmaster named Randolph Chester, and it is from here that the ferry would begin its journey into ominous infamy.

By all accounts, and not surprising considering the age difference between the two, MacGregor did not approve of the relationship between them, forbidding his daughter to see ever see Chester again, but the two lovebirds continued to date in secret anyway. When MacGregor eventually found out about their covert affair, he was less than pleased. He went about a dark plan to kill the offending Chester, and one day confronted them during one of their trysts after having followed them around for days and lying hiding in wait at their favorite spot in a secluded area of woodland. Just before the lovers were about to get down to business, MacGregor stepped out from his hiding place and started firing his rifle, but he missed his adversary and accidentally shot his own daughter, killing her. Enraged, he went about attacking Chester with his empty rifle, wielding it like a club, but the schoolmaster had a weapon of his own in a pistol he had concealed in his coat. Chester fired the pistol at the incoming MacGregor, hitting him in the heart and sending him off to be with his daughter once more, leaving two dead bodies sprawled out on the ground around him. 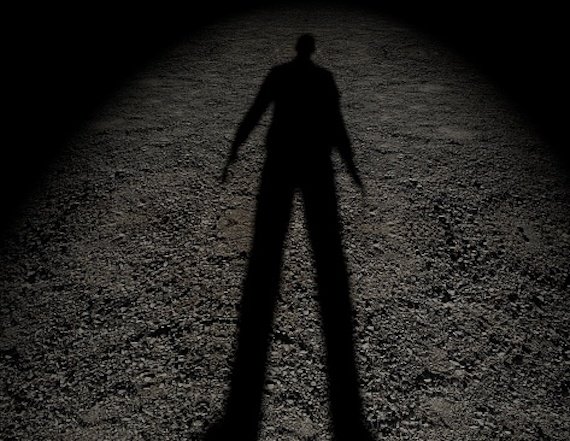 Chester would be found to have acted in self-defense, and was not charged with any crime in the death of MacGregor. Indeed, when it was found by police that the dead man had been using the ferry to conduct smuggling operations of stolen goods and other illicit activities, it seemed as if Chester had done them a favor. The whole incident shocked the normally quiet and peaceful town, especially the death of Elinor, who unlike her father was very popular and well-like around town. It was a somber time for the town, with much mourning and sadness, but the worst was to come, because it was from here that it seems a sinister curse would fall across Touseytown. With the death of Elinor MacGregor, the once prosperous town began to face a sudden decline. It is said that there were bad crops, accidents, freak weather, and various other calamities that struck the area, as well as economic woes, which all conspired to cause people to start moving away. The mass exodus of residents left Touseytown practically a ghost town, but incredibly Tousey’s ferry continued to stay in operation even as the town disintegrated around it. However, it would not exactly be smooth sailing. In 1845, the ferry passed on to the prominent Piatt family, who upgraded it to a fancy steam-powered affair, but this would be short-lived, as it would be destroyed in an uncommonly heavy ice flow in 1846. They then went back to the old, rickety treadmill version and Abraham Sedam Piatt sold the ferry to John Kizex in 1862, but this was only the beginning of the ferry’s woes.

Kizex, much like MacGregor, was an ill-tempered, mean alcoholic involved in criminal activities, using the ferry to insidious ends. It was this unsavory character that would lead to another sinister incident. In 1861, Jacob Piatt, son of the patriarch and former owner of the ferry Abraham Piatt, took the ferry over to Kentucky on his way back from Cincinnati, along with an associate by the name of Wesley Adams. The two were known to be rather wealthy, and indeed were carrying around $1,000 on their person, which was quite a considerable amount in those days. They immediately stood out among the ruffians and thugs that Kizex had running his operation, among them two shady characters who had been following the two around and were wise to the fact that they were loaded. The crew and Kizex conspired to rob Piatt, and one account of what happened next would say of it:

Feeling a vague premonition that the newcomers had evil designs on his companion and himself, Piatt adroitly informed them that he had placed all of his money in the bank before leaving Cincinnati, but, despite a warning nudge from his companion, Adams openly lamented the fact that he had failed to do likewise. No overt demonstration was made until after the Kentucky shore was reached. Piatt, who was seated in the bow of the skiff, was first to disembark; Adams, on reaching land, was compelled to pass the strangers, who still retained their seats in the middle of the craft, and was immediately set upon and knocked, half stunned, to the bottom of the boat, where the robbers proceeded to rifle his pockets in the search for his money. At this point Piatt drew a revolver and, after several shots were exhausted, the robbers fled.

One year after this incident, Kizex, who was a Southern sympathizer during those times of Civil War, got into an altercation with a former Union soldier living near the ferry by the name of George Fulcher. Apparently Fulcher, who was missing an arm after an injury during the war, was teased about it by the belligerent Kizex as he tried to board the ferry. One thing led to another, and Fulcher ended up stabbing and killing KIzex right there on his own ferry. Fulcher would then go on to be committed to an insane asylum and die in an accident while incarcerated there. After that, the ferry went back under the ownership of one of the Piatts, who would promptly be killed in a freak accident. This might all just be coincidence, but the bad luck of the ferry would continue.

Kentucky state legislator, Captain George W. Terrill would buy the ferry after Piatt’s death, but the operation was bleeding money by that point and running deeply in the red. It got so bad that one month Terrill was not able to pay his ferryman, Maurice McNealey. This was bad enough as it is, but it would also turn out that Captain Terrill had fallen in love with McNealey’s daughter, and considering all of this it might be understandable that he might lose his head a bit. McNealy challenged Terrill to a pistol duel, which was to be carried out on the deck of the ferry. The one who came out alive would have both his honor and control of the operation, which was lucky for McNealy because he won, shooting and killing Terrill there on the deck. He would not be able to savor his victory and the spoils for long, because shortly after the duel he would be struck and killed by a streetcar while visiting Memphis, Tennessee.

We’re not even done yet. In 1882, a Captain William Huff took over the operation of the ferry, but soon after it was sunk when sudden high winds hit it as a brawl broke out on deck between five drunken crew members and passengers. Huff would then experience a deterioration of his health and pass away, with the ferry coming under the ownership of a man named William Hartman. One day, Louis Terrill, a relative of Captain George Terrill, took the ferry across the river and at some point along the journey was killed in a freak accident on deck. In a bizarre twist of fate, he is said to have died in the exact spot where Captain George Terrill had died in his doomed duel with McNealy. Apparently, Huff then went mad and was committed to a private sanatorium for the insane.

Considering there were other ferries operating in the area at the time and none of them had been shadowed by so much misfortune and death, rumors began to fly that the ferry was actually cursed. One popular story at the time was that the thirteenth person to own the ferry would meet with an unspecified “dire disaster.” This didn’t stop the ferry from changing hands several more times, and indeed the Lawrenceburg Ferry would apparently remain in operation all the way up to 1947, when it went out of business with the opening of the more upscale Aurora Ferry. Was this all just dark coincidences swirling about this doomed ferry? Is it just people reading into random acts of fate and trying to assign meaning to it all in stories of some malevolent curse? Or is there something more to it all? In the end it is certainly a spooky historical oddity, and another one of the many supposedly cursed things throughout history.

When a Monster Comes Out of Nowhere: And the Locals Go Crazy