The Poltergeist: One of the Most Dangerous Supernatural Entities

Today, we come to one of the strangest of all the many and varied supernatural creatures that feed upon us. It goes by two names: the Tulpa and the thought-form; although they are one and the same. The concept of the Tulpa began, centuries ago, within the culture and beliefs of Tibetan Buddhists. In essence, a Tulpa is a creature that is created and driven by the power of human imagination. If that sounds, strange, well, yes, it is strange! Related to the phenomenon of the Tulpa is that of the poltergeist - and it's that I'm going to be speaking about. As for the German word itself, in English it is "noisy spirit." The poltergeist is a dangerous and violent entity which engages in hostile activity, which torments those in the home where the activity is taking place, and which can place the victims of the attacks in downright danger. The poltergeist is somewhat different to the average disembodied spirit, however. Faced with the likes of seeing furniture moving across one’s living-room, windows shattering, beds raising off the floor, books flying off their shelves, and electrical items blowing out, it’s perfectly natural to ascribe all of this chilling activity to an evil, supernatural entity. Things aren’t quite as straightforward as that, however. As you’ll now see. 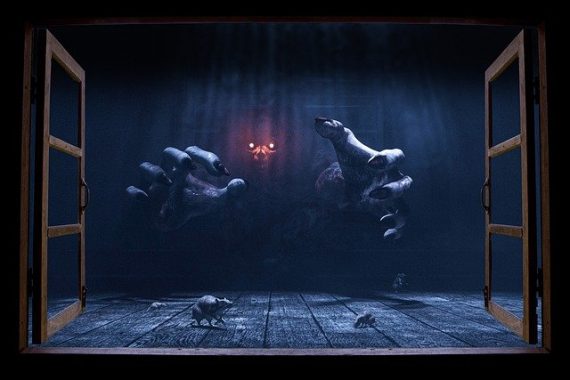 It’s a fact that the vast majority of all poltergeist activity revolves around one particular person in the targeted family. Typically, it’s a young girl – either pre-pubescent, or going through puberty. One particular school of thought suggests that certain supernatural entities are attracted to young girls. That does not appear to be the case when it comes to the issue of poltergeists, though. In an article titled "Poltergeists," Crystalinks state: "Due to hormonal and emotional changes in the teenager’s body, negative energy may be thrust outwardly sometimes moving or destroying objects telekinetically." In other words, what we have here is a case of young girls unknowingly causing the very phenomena that are assumed to have external components that dictate and direct the activity – such as a ghost, a demon, or, perhaps, one of the Shadow People. On rare occasions, the girl may spontaneously manifest the image of a ghostly figure – albeit not from some hellish, unearthly realm, but from the depths of her dark imagination and subconscious. And, the greater the level of that negative energy to which Crystalinks refers, the greater the power and substance that is given to that creation of the imagination. 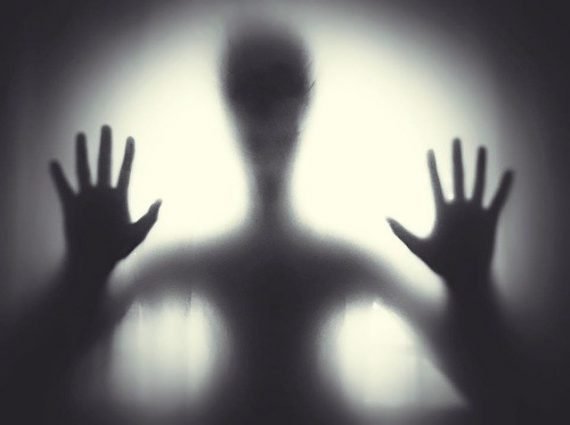 So, what we have here is a chaotic, spiraling situation. It begins in the throes of the mind, but can rapidly become externalized in just about the worst ways conceivable. As for the causal factor - the young girl - she typically finds herself feeling weaker and weaker as the incidents and experiences grow in number. No wonder: the girl is unknowingly discharging precious, human energy into her immediate environment – energy which she cannot do without. The result is exactly what we have seen in so many other examples in this book – the central person in the saga gets sick, as the freakish phenomenon only goes from strength to strength.

In essence, the girl is destroying her very own health by expelling the essential energies that her body requires – energies which then wreak havoc in the home. Fortunately, in many cases, poltergeist activity will come to a sudden halt – perhaps after a period of days, weeks or even months. Why? Maybe, because the hormonal imbalances that we all go through in puberty have leveled out, and the turmoil and emotional highs and lows have begun to lessen. As they lessen, so does the amount of energy directed to keeping the poltergeist "alive" - and to the point where, finally, the energy has dissipated and the poltergeist is no more.