The Spooky Disappearance of Anthonette Cayedito

Among the many mysterious vanishings out there, a few of them have left behind very chilling clues that only serve to make them even more ominous and frightening. On some occasions, these people who have stepped off the face of the earth have reached out one last time to make contact with those they knew with chilling calls that possibly hold clues buried within them, but which have never been figured out, offering up more odd clues to add to the whole mystery. Such calls can be rather haunting, one last snippet of the voice of a person who has vanished off the face of the earth, and one very haunting case is that of a young girl who went missing from her own home only to leave a wake of mysteries behind.

On the night of April 6, 1986, 9-year-old Anthonette Cayedito, suddenly disappeared from her home in the quiet town of Gallup, New Mexico. On this evening, Anthonette’s mother, Penny, had gone out drinking with friends at a local bar, as she often did, leaving Anthonette and her younger sister Wendy at home with a babysitter. When she returned home, the girls were allegedly still full of energy and stayed up until around 3 AM, after which Anthonette ended up sleeping with her mother. When Penny woke up at 7 AM, the girl was gone. Thinking that her daughter had just gotten up early, she went around looking for her, but the girl was nowhere to be seen and neighbors claimed that they had not seen her about either. Penny and some neighbors began frantically searching around the neighborhood for Anthonette, but could not find any sign of her, and with their fears escalating they called the authorities. The police launched a search of the entire area but could find no trace of the missing girl either, leading them to suspect that she had been kidnapped. No further leads were forthcoming and the case went cold, with no sign of where the girl could have possibly gone. It would not be until a year later when a mysterious phone call would come in to the Gallup Police Department and reignite the investigation. 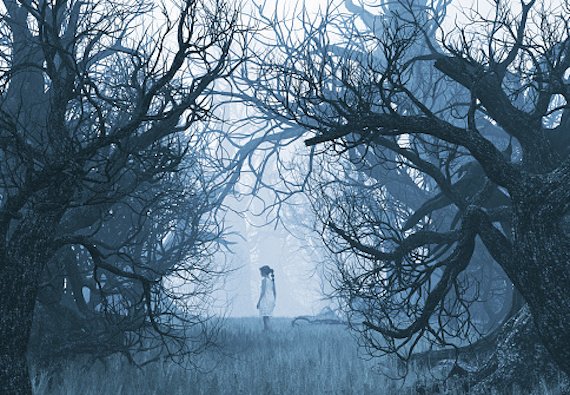 The call was placed directly to the police station itself, and on the other end was the voice of a scared sounding little girl claiming to be the missing Anthonette Cayedito. In the call she tells the police that she is in Albuquerque, and pleads for help before an unidentified man’s voice can be heard saying “Who told you that you could use the phone?” This is followed by a short scream and what sounds like a tussle before the line goes dead. It was at first thought that this was merely a prank call, but when the girl’s mother heard it she was convinced it was the voice of Anthonette. Unfortunately, the call had been far too short to trace, and no further calls came in. The call was maddening for police, because it strongly suggested that the girl was still alive and had been kidnapped, but they weren’t sure who the man’s voice belonged to and had no way of knowing her whereabouts except the vague claim that she was in Albuquerque. Penny would say of the mysterious call:

There were other strange potential leads in the case as well. In 1991 there was a waitress at Carson City, Nevada, who claimed that she had seen a teenaged girl matching Cayedito’s description come in to her restaurant with a rather disheveled looking couple. The mystery girl allegedly continuously knocked her tableware off the table, as if trying to get someone’s attention, and after they left the witness claimed to have found a note at the table hidden under a napkin that read “Help Me. Call the Police.” It is fairly chilling, but this lead also was unable to turn anything up, the couple could not be found, and it is not even clear whether the girl who was seen was even Cayedito at all.

Nevertheless, this startling new development prompted the until now silent younger sister, Wendy, to come forth with the potential revelation that on the night of the disappearance Anthonette had gone to answer a knock at the door in the middle of the night, after which a man’s voice had been heard claiming to be “Uncle Joe.” When the door was opened, two unidentified men who Wendy had never seen before then allegedly grabbed Anthonette and dumped her kicking and screaming into a waiting brown van before driving off into the night. When asked why she had not divulged this information before, Wendy claimed that she had not wanted to further upset her mother. It is not known if Wendy’s claims are true, and there has been doubt as to whether the waitress’s account described Anthonette or was even real at all. It has all just created more layers to the mystery. 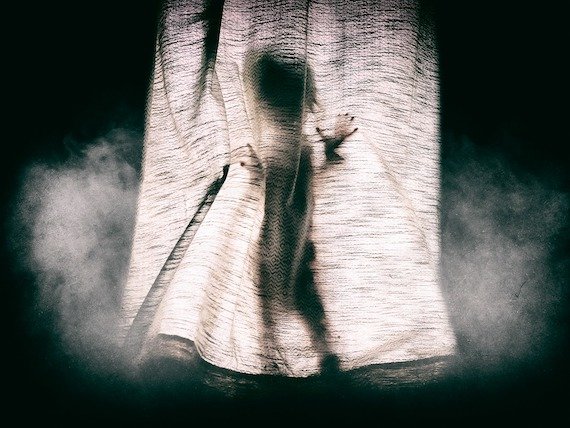 This new information was nevertheless checked out, with the first target being the very real Uncle Joe, but he was quickly ascertained to have had nothing to do with it, and was dropped as a suspect. Other suspects were checked out as well, including Anthonette’s estranged father, Larry Estrada, and two known sex offenders living in the area, but none of this turned up any solid leads. Interestingly, more and more suspicion was eventually placed on Athonette’s own mother, as it turned out that she had  lied to the police about several minor details and showed other suspicious behavior such as the purchase of a new sports car shortly before the disappearance, despite the fact that the family was not well-off and lived in a poor part of town. She was also known for her hard-partying ways and drinking problem, and authorities began to suspect that Penny perhaps knew more than she was letting on, but unfortunately she passed away in April of 1999 before any headway could be made into this potential lead. Rather interestingly, it was later found that in 1989, just three years after Cayedito’s disappearance, her step-aunt Louise Estrada had gone missing from Gallup, New Mexico, to be found one month later wandering around Juarez, Mexico. It is unknown if there is any connection between the two cases.

The case has remained totally unsolved. No one knows where Anthonette went, or whether she was kidnapped, murdered, or just ran away. The mysterious call made to the police department cannot be concretely confirmed to be the voice of the missing girl, and even if it is her it only manages to add to the whole mystery. It is likewise not known why she would not have just dialed 911 rather than calling directly to the Gallup police station, nor whether Wendy’s claims of an abduction are true or why she would not come forward with this crucial information until 4 years after the fact. As to the claims by the waitress in Carson City, there is no evidence at all to show that the girl she said she saw was actually Anthonette or even whether she just made the whole thing up. These are all things we will likely never have any answers to, and it all remains an impenetrable mystery.