The Strange Life of Adolphe Sax, Inventor of the Saxophone and Great Cheater of Death

One person who changed the world of music forever was the man called Adolphe Sax, the inventor of the saxophone. Not really appreciated during his lifetime, the now iconic saxophone would in later years change the landscape of music and come to represent an entire genre, and it was largely due to the genius and relentless efforts of its creator. Indeed, Sax had a rather tumultuous life trying to get his contribution to music recognized, but other than the saxophone, his life is also remarkable for just how good this inventor was at constantly cheating death in a variety of miraculous ways.

Born Antoine-Joseph Sax on November 6, 1814, in Dinant, Belgium, and one of 11 children, Sax was immediately immersed in the world of music. His parents were instrument designers, and from a young age he was learning the craft himself, spending much of his time in the family's workshop. Sax very early on showed an innate and deep understanding of brass and woodwind instruments, and spent much of his childhood tinkering with them and trying out new designs, many of them well ahead of their time. When he was just 14 years old, he managed to create his own version of the clarinet by changing the bore and locations of the holes in order to improve the sound, and at the age of fifteen, he achieved what was until then thought to be impossible when he fabricated a clarinet and two flutes out of ivory. During these younger years, Sax already seemed to have a certain genius that pointed to a bright future, but what is really amazing is how he even managed to survive into adulthood at all.

From a very early age, Sax was described as being accident prone, seemingly followed around by a dark cloud of bad luck and misfortune. At the age of 3, he fell three floors down the stairs, landing at the bottom to smack his head roughly upon the stone floor. The fall was so dramatic and the head hit with such force that his parents thought the unconscious Adolphe was surely dead. However, after spending a few days in bed he came out of it without any ill effect. Death came circling back around to come back for him that very same year, when he put a large needle into his mouth and accidentally swallowed it, something which could have very well killed him, but in this case the needle miraculously passed right through his system without causing any injury at all. Not long after this he drank a bowl of what he thought was milk, but was actually diluted sulfuric acid, which didn’t kill him for some reason, nor did another time he accidentally drank a concoction of white lead, copper oxide, and arsenic. He also somehow avoided accidental poisoning and asphyxiation from sleeping in a room where varnished furniture was drying. Rather amazingly, Adolphe somehow managed to survive past three years old, but the Grim Reaper wasn’t ready to give up just yet.

A few years later, he accidentally fell and landed on a hot stove, badly burning himself, but although he would be scarred for life, he managed to live through it without a potentially fatal infection that doctors were sure he would get. Another time he was walking down the street when a large slate tile fell off a nearby roof and hit him right on the head, knocking him out and putting him into a coma. It was thought that he actually might not survive this, but after a few days of being unconscious in bed he one day woke up and declared “I’m still alive mom!” When he was 10 years old he was in his father’s workshop when a container of gunpowder suddenly exploded and blew him across the room. Besides the mystery of why a musical instrument workshop had a thing of gunpowder in the first place, even more amazing was that he was uninjured. At around the same time he one day fell into a river, and not being able to swim it seemed that this was it for him, but he got caught on a windmill, which kept him from drifting further downstream. A farmer then just happened to pass by to find the boy bobbing about face down in the water and pull him out in time. Adolphe came out of it none the worse for wear. The boy cheated death so many times that he was nicknamed “little Sax, the ghost,” and “the ghost-child from Dinant,” and his own mother would even once say, “He is a child cursed by the devil with misfortune, he will not live.”

Death seemed to give up on him for a while after this. Sax continued to create new instrument designs and other innovations, and by the age of 20 he had invented a new fingering system for the clarinet, completely reinvented the bass clarinet, and created the trumpet. He was also regularly entering his various new instruments into competitions, most notably the Belgian National Exhibition, where he would have won the Gold Medal at the competition but was denied because of his young age. He had also become known as a very talented musician, studying at the Royal Conservatory of Brussels and recognized as a very skilled player of the flute and clarinet. In 1842, Sax went to live in Paris, creating new designs for use by the French military for their bands, and this is where his most famous invention would be born, when he managed to marry the sound of woodwinds with brass to fashion what would go on to be called the saxophone, which was patented in 1846. At the time, the saxophone was extremely innovative and ahead of its time, and although it was slow to catch on in the music world, and many other instrument makers tried to ruin him out of jealously and bitterness that this Belgian had stormed into Paris to run circles around them and make such advanced innovations so ahead of their time, it was really quite groundbreaking.

Sax started teaching at the Paris Conservatory in 1857 and continued to design other instruments, such as a new set of valved bugles called saxhorns, as well as the saxotromba family, but it was his saxophone that he would forever be known for, although in his day it didn’t make him rich. Sax would go bankrupt three times and suffer from his designs being relentlessly pirated, and on top of this the saxophone would not be accepted into the orchestras of his time, indeed little used outside of military bands, where the saxophone was very popular. In addition, Sax’s rivals, in particular an organization called the United Association of Instrument Makers, which had formed specifically to challenge him at every turn and bury this new invention, constantly challenged his patents and resorted into all manner of underhanded tricks to smear Sax’s reputation. His competitors and imitators were waging a war against him, subjecting him to slander and endless law suits, trying to steal his workers away from him or to have his work boycotted, and smearing his name at every chance they got, all while his counterfeiters profited off of his work while he went poor. The classical composer Hector Berlioz would say of this:

It is scarcely to be believed that this gifted young artist should be finding it difficult to maintain his position and make a career in Paris. Again and again, Sax is the victim of persecutions worthy of the Middle Ages and that recall precisely the acts and deeds of Benveuto Cellini, the Florentine engraver. They took away his workmen, stole his plans, accused him of madness and took him to court. With a little more audacity, they would have murdered him. Such is the hatred that inventors always waken amongst those of their rivals that do not invent anything. 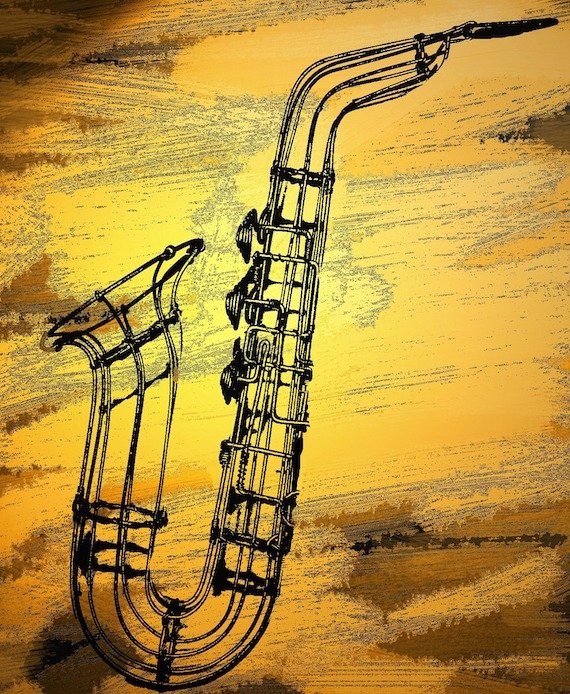 To make things even worse, it seems that the specter of death was not quite finished with the inventor just yet. On one occasion, Sax’s workshop mysteriously caught fire and burned to the ground, but Sax just happened to not be there at the time. On another, an unidentified gunman, largely thought to have been hired by Sax’s enemies, shot one of his assistants thinking it was him. Then there was the time he was set upon by thugs who beat him to within an inch of his life, but he survived that too. From 1853 to 1858, Sax suffered from lip cancer, which at the time was considered tantamount to a death sentence, yet he would make what was seen as a miraculous full recovery, something almost unheard of in that era, after seeing an Indian doctor by the name of Vries, who merely treated him with herbal remedies. After drinking some of these concoctions, the tumor, which had grown so large that he had been forced to eat through a tube, gradually faded until it disappeared altogether. Death also lurked about his family, with two of his five children dying during their childhood, but Sax was always able to evade it. When death finally won in 1894, Adolphe Sax was a ripe old 79 years old, which is not bad for someone that death had been going after since childhood.

After Sax’s death, the saxophone would find its way to the United States, where it became a sensation with jazz musicians and was finally catapulted into worldwide stardom. Although Sax had died nearly penniless, his invention would change the face of music forever, his design unchanged to this day. Nowadays it is hard to imagine a world of music without the saxophone, especially in genres such as jazz. Adolphe Sax was a visionary who revolutionized music as we know it, and it all seems to be thanks to the fact that Sax was as good at evading death as he was at inventing musical instruments.

Mars, the Red Planet: Foreseeing the Future and the Past