The human body is often seen as a sort of final frontier of discovery, in some ways just as mysterious as the darkest depths of the sea or space. For as long as we have studied it, it still manages to continually surprise us, often posing more questions than answers. There have been all sorts of medical marvels over the centuries that have proven to baffle doctors and scientists to this day, mysteries of the human body that we have barely begin to understand, and in many ways our own bodies are just as alien to us as another planet. One very curious condition that has managed to puzzle and confuse is that in which one's hand takes on a mind of its own, eerily acting of its own accord as if imbued with its own mind and will, and it is called the alien hand.

Alien hand syndrome (AHS), also known as Dr. Strangelove syndrome and sometimes as anarchic hand, is a bizarre and rare neurological disorder in which one hand functions involuntarily and independently, with the victim completely unaware of its actions, as if it has a mind of its own. This can manifest in a whole range of very odd ways. The afflicted person’s hand will move about on its own, reach for objects or grab them, and use and manipulate them without the subject wanting to do so, sometimes even to the point that they have to physically restrain the renegade hand with their unaffected one or physically peel the fingers back from an object that is being stubbornly grasped. In other cases, the hand will levitate in the air and have to be physically brought back down. In more serious cases, the alien hand might stuff food into the afflicted person's mouth, throw objects around, put on or take off articles of clothing, push buttons, turn dials, or flip switches, and various other actions. It might also manifest as a self-groping behavior, with the offending hand stroking a person’s cheek, groping them, running fingers through their hair, or even pinching, scratching, poking, slapping, punching, and in very extreme situations trying to choke or suffocate them.

This alien hand is most often very mischievous and disobedient, doing things the person does not consciously want to do, even acting completely contrary to their wishes, and will frequently do something in direct opposition to what the consciously controlled hand is trying to do. For instance, the victim might put a cigarette in their mouth and light it with the dominant hand, only for the alien hand to rip it out of their mouth, or the consciously controlled hand might turn a light on and have the renegade hand turn it right back off. The alien hand might also unbutton buttons as the normal hand tries to button them, grab and take away something that the other hand is holding, and so on, acting as if in direct competition with the dominant hand. In other troublesome behavior, in some cases the victim will not even be aware of what the hand is doing until it is brought to their attention, or it will act up when the person is not looking, as if it is purposefully trying to be sneaky. 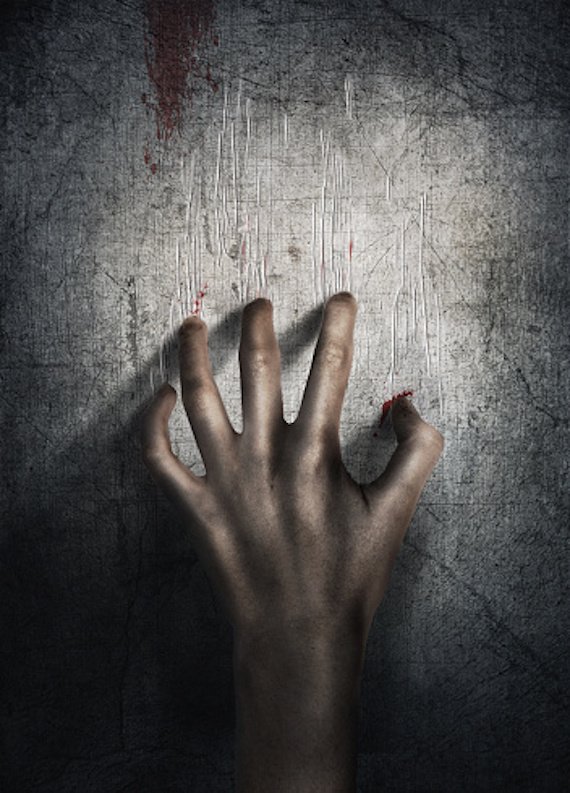 In every case the person feels as if the hand is being controlled by some external force or that it has a will of its own, with them often having to physically pull away or subdue the hand, sometimes even shouting at it and telling it to stop. This has led to patients with the syndrome often speaking with the affected hand or referring to it in the third person, often even giving the hand a name. Interestingly, it seems that on many occasions these alien hands will have their own distinct personalities, further making it seem almost as if they are separate, individual entities. Although mostly just annoying and largely harmless, in some cases the patients have described it as a frightening experience and being like a sort of demonic possession. The duration of these episodes can last anywhere from a few minutes, to hours, days, or sometimes even years, their appearance seemingly totally random and without any clear reason.

The condition was first documented in 1908 by the German neuro-psychiatrist, Kurt Goldstein, who examined a patient whose hand would suddenly start acting of its own accord. The hand would make spontaneous movements, such as wiping the face or rubbing the eyes, as well as grabbing onto to things and refusing to let go, no matter how much the patient willed it to do so. On some occasions, the patient could exert some semblance of control of the wayward hand by speaking to it and commanding it to do things, but these movements would be slower and less precise than when the hand was under conscious control. Interestingly, in this case the patient was right-handed, yet it was her left hand that was affected, and during these episodes it could manipulate and use objects with the same amount of control and dexterity as her right hand, far beyond what they could do when not under the alien hand’s influence. Goldstein would write a paper on it, and proposed a brain structure for temporal and spatial cognition, will and other higher cognitive processes, as well as discuss his ideas on the generation of voluntary action on external objects, which he called a "doctrine of motor apraxia."

Since then, documented cases of alien hand syndrome have been exceedingly rare, with only 40 to 50 recorded cases since it was first recorded, making it very little studied and leaving its causes mysterious. It is mostly thought that it is caused by some sort of brain damage to areas of the brain that are involved with motor functions, in particular the frontal lobe, which is responsible for motor skills like movement and speech, and cognitive functions, like planning and organization, as well as the corpus callosum, which connects the two cerebral hemispheres and allows them to communicate with each other. In this case, both hemispheres would be acting almost independently, their line of communication and way of coordinating compromised. The theory is that alien hand syndrome results when some sort of disconnection occurs between the different parts of the brain that are engaged in different aspects of the control of bodily movement, resulting in different regions of the brain commanding bodily movements while unable to generate a conscious feeling of self-control over these movements. Most patients diagnosed with the syndrome have displayed such brain damage, such as injury, surgery, aneurysms, degenerative diseases of the brain, strokes, lesions, or tumors, but the parts of the brain affected have been varied and it is also not understood why it should manifest in a wayward, disobedient hand that acts seemingly with a mind of its own. A typical case of alien hand syndrome being caused by brain damage can be seen in this account from the Baylor University Medical Center, which reads:

A 77-year-old woman with chronic atrial fibrillation had her anticoagulation stopped temporarily for spine surgery. No bridging with low-molecular-weight heparin was done. Two days later, while watching television, she noted her left hand flinging across her visual field. Her left hand stroked her face and hair without her will. She got terrified. Her attempts to control the left hand with the right hand were unsuccessful. She did not have any control of the left hand for almost 30 minutes as it continued to make purposeful movements. She later noted that her left upper limb was numb and slightly weak when she regained control. Her husband helped her to the car to take her to the hospital, and he noted that she was dragging her left leg while walking. In the hospital, a computed tomography (CT) scan and magnetic resonance imaging (MRI) of the brain showed acute infarcts in both parietal lobes. Transthoracic and transesophageal echocardiograms did not show any evidence of thrombus. She gradually gained normal control of the left side over the next 6 hours. A diagnosis of stroke possibly due to cardioembolism was made. Her anticoagulation was resumed, and she was discharged home with advice to maintain anticoagulation at all times. 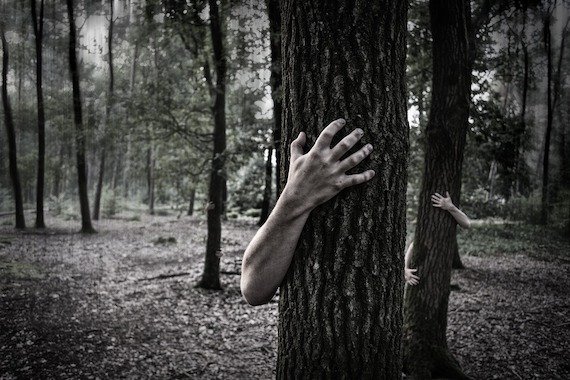 How do these cases of brain damage show themselves as a spooky, possessed hand, and what specific type of damage has to occur for it to happen? Well, no one really knows, and alien hand syndrome has remained largely an unexplained medical oddity. Since the exact causes and mechanisms of the condition are not known, there is no cure or real, effective medical treatment, or medication for it. Typically, treatment involves the sufferer keeping the hand occupied by giving it an object to hold or something to play with or a task to do. Other techniques proven to be effective include wedging the hand between the legs, slapping it, applying warm water, verbally admonishing it, or even electrical shocks. In more extreme cases, people with the condition have been known to just put the rogue hand out of commission by wearing oven mitts, taping it closed, or physically tying it to something or tying it behind their back.

Over the years, alien hand syndrome has perhaps not surprisingly been used in fiction and film for either comedic or horrific effect. After all, the idea that one’s hand could be “possessed” and take on a mind of its own seems like a concept ripe for such treatment. Notably it was featured in the movie Dr. Strangelove, in which the eponymous character, played by Peter Sellers, can’t stop his right hand from giving the Nazi Party salute before being beaten down by his left hand, with the two hands struggling for control as hilarity ensues. Another use of the alien hand can be seen in the movie Evil Dead 2, in which the main character Ash, played by Bruce Campbell, has his hand possessed be a demon and engages in an epic and comedic battle with it before finally subduing it and physically chopping it off, after which it continues to skitter around trying to kill him. Watching such movies one would never imagine that this could be anything even approaching reality, but it certainly is. What causes this condition and why does it appear the way it does? To this day, alien hand syndrome is a medical mystery that has yet to be solved.